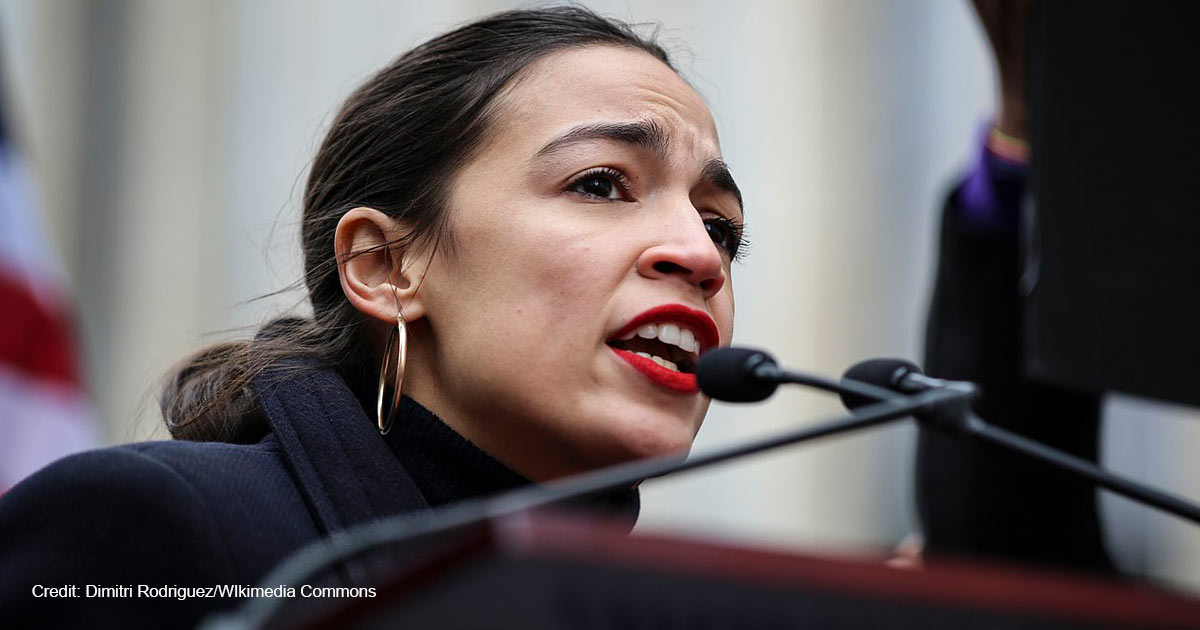 AOC Doesn’t Know the Meaning of Oppression. Iranian Women Could Tell Her.

On Friday, Rep. Alexandria Ocasio-Cortez (D-N.Y.) offered her thoughts on Twitter regarding the human rights protests currently happening in Iran. Women and likeminded men have taken to the streets of Iran to burn hijabs and protest the current regime’s oppression of female citizens in the name of Islam. These public demonstrations are inspired by the unjust death of Mahsa Amini — a 22-year-old woman who was murdered in police custody for allegedly not covering her hair in public.

Ocasio-Cortez’s take? She wrote, “Mahsa Amini was senselessly murdered by the same patriarchal and autocratic forces repressing women the world over. The right to choose belongs to us all, from hijabs to reproductive care.”

In other words, AOC sees the recent wave of American pro-life legislation protecting unborn lives across the nation after the overturn of Roe v. Wade as being comparable to the oppression of women living under radical Islam. Perhaps Ocasio-Cortez would benefit from considering what the oppression being suffered by Iranian women really looks like.

According to Lela Gilbert, Family Research Council’s senior fellow for International Religious Freedom, “Since the Iranian Revolution in 1979, Iran has been governed by a radicalized variation of Shi’a Islam … Just last year, President Hassan Rouhani signed amendments to Iran’s penal code imposing prison time on those guilty of ‘insulting Islam’ and conducting ‘deviant activity’ that ‘contradicts or interferes with the sacred law of Islam.’”

Unfortunately, women subjected to living under radical Islam lose basic human rights. Iranian women are legally regarded as half as valuable as men, which, for example, makes a woman’s testimony in a court of law legally viewed as less credible than a man’s testimony. A married Iranian woman cannot obtain a passport or leave the country without her husband’s permission. Between 2020 and 2021, 31,379 girls aged 10 to 14 were forced into legal marriages.

The rationale behind AOC’s belief that women’s rights are being repressed in the United States stems from a willful misunderstanding of what really happened in the Dobbs v. Jackson Women’s Health Organization Supreme Court case. In the Dobbs decision, which overturned Roe, the court held that the Constitution does not confer a right to abortion. While the abortion lobby chooses to believe that the court took a right away from women, the truth is that the “right” to an abortion never legitimately existed in the first place.

The notion that women are oppressed in the modern United States is categorically false. American women are afforded all the same rights as men — measures like the Nineteenth Amendment, Title VII, and Title IX made sure of that. Meanwhile, AOC and the abortion lobby would confer an extra right upon women that men do not have: the right to kill their unborn child in the womb.

The fact that nations governed by radical Islam also prohibit abortion cannot be taken to mean that all nations where an unborn child cannot legally be killed in the womb are inherently oppressive of women. Protecting unborn lives, at least to some degree, is the norm around the globe. In Europe, for example, 40 out of 52 nations protect the unborn from elective abortion after the first 12 weeks of pregnancy, and four protect the unborn beginning at conception. By contrast, the abortion laws of the 20 U.S. states that have not yet protected unborn lives are on par with human rights violators like China and North Korea.

Contrary to what Ocasio-Cortez may think, American women (myself included) are blessed to live in a democracy where we are afforded the same constitutional rights as the opposite sex. Utilizing the suffering of others to advance an unrelated political agenda is despicable. Likewise, it is despicable for a woman to claim to be oppressed when she objectively is not; these false claims undermine the lived experiences of true oppression being suffered by our sisters in other areas of the world.

The appropriate response to seeing oppression is not to grasp at straws to include ourselves in the victim class, but rather to stand in solidarity with those who are fighting for their human rights. May the women of Iran stand firm in their resistance to radical Islamic totalitarianism — and may we never undermine them in their pursuit of justice.