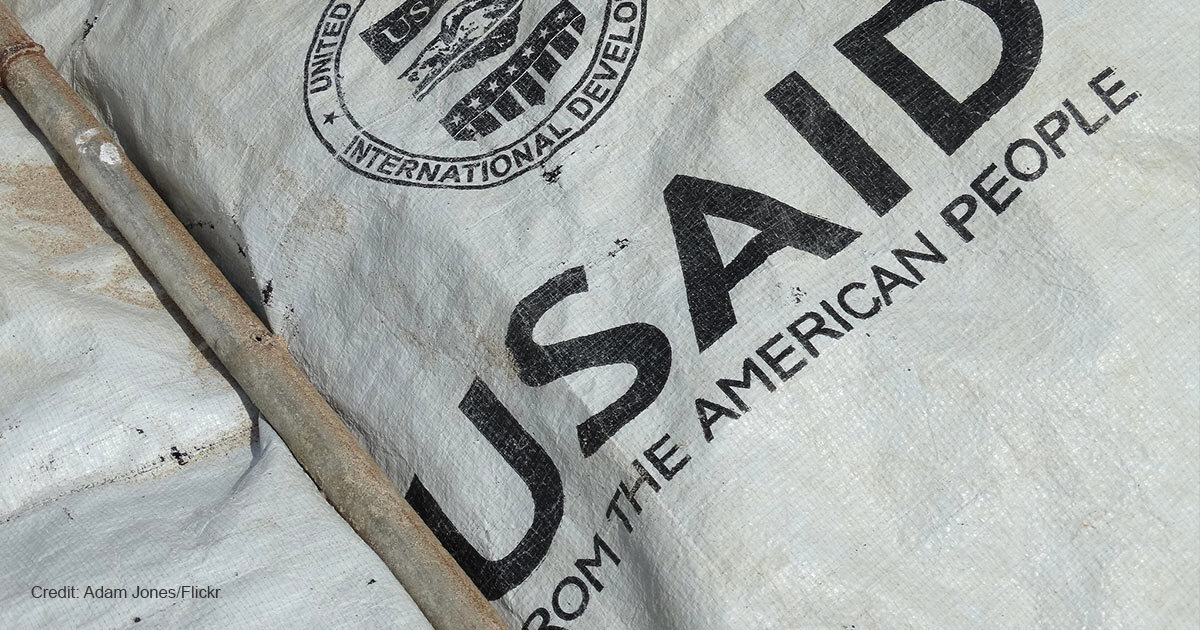 The U.S. Agency for International Development (USAID) has problems, alleged 11 Democratic senators in an August 11 letter. Specifically, USAID recipients are too reluctant to carry out abortions, they argue, and that needs to change. The senators painted the morality problem as an information problem; if people only knew they could use the money for abortions, surely they would.

The senators, led by Ben Cardin (D-Md.), cited three concerns about the legality of using aid funding for abortions: “widespread confusion regarding the legal status of abortion in the U.S.” due to the Dobbs Supreme Court decision, “USAID’s challenges communicating the revocation of the Mexico City Policy,” and “reports of overbroad interpretation of the Helms Amendment,” which prohibits funding for overseas abortions.

It is also correct, though regrettable, that President Biden rescinded the Mexico City Policy (or President Trump’s expanded version, the Protecting Life in Global Health Assistance (PLGHA) policy), a moratorium on overseas abortion funding. The senators confusedly assume that charities receiving grants aren’t carrying out abortions because they don’t know that they’re allowed to. The fact is, many health care professionals are not interested in carrying out abortions because they understand it is not health care. Most abortions are carried out by individuals who dedicate their careers to carrying out abortions, and who aren’t employed by the organizations or at the facilities that were receiving USAID funding under PLGHA. Melding an abortion practice into a preexisting health care facility is not as easy as flipping a switch — or a policy lever.

Instead, U.S. global health funding that sponsors abortions does so through grants to organizations that emphasize abortion — particularly giant conglomerates like Marie Stopes International (MSI) and the International Planned Parenthood Federation (IPPF). Funding to such abortion giants ceased when they “declined the terms and conditions” of PLGHA. It’s unclear from the letter whether such funding has resumed, whether these organizations must submit the status for grants, or whether they even plan to do so. According to the senators, USAID informed the “partners” about the end of PLGHA, but “lingering confusion” — of an unspecified nature — “continued to reduce collaboration.”

But with the army of lawyers Big Abortion employs, it’s highly unlikely that any lack of interest in USAID funding is due to lack of information. Perhaps they just figured that funding spigots which could be closed with the next election are not reliable enough for their long-term financial planning. It’s not like IPPF or MSI needs funding from the U.S. government.

The third assertion in the letter was that the Helms Amendment has been applied too broadly, which the August 11 letter does not explain. However, on August 2, 76 Democratic members of the U.S. House and Senate (some of whom also signed the August 11 letter) wrote USAID a letter stressing that the Helms Amendment contains exceptions for “rape, incest, and life endangerment” which are not applied in practice, and have not been “for over 50 years” — a point they did not bother raising during the last three pro-abortion administrations.

This raises the question: Can the Helms Amendment exceptions be applied successfully? If USAID gave money to an organization carrying out abortions, would that organization limit its abortions to only cases of rape, incest, and life endangerment? These cases, which abortion advocates stress because they’re widely sympathetic, represent a tiny minority of all abortions — not enough to build a business on.

But the August 2 letter insisted that circumstances have changed, particularly in eastern Europe. “As we write, there are mounting reports of Russian forces inflicting rape, sexual slavery, and forced pregnancy on Ukrainians. Further, as millions of Ukrainians flee their homes and country, they are at heightened risk of sexual and gender-based violence and trafficking. … These victims, who have already suffered the brutality of rape at the hands of Russian soldiers or other perpetrators of sexual violence, are being forced to carry these pregnancies to term against their will.”

The letter throws out the baby and keeps the bathwater. Abortion is the greatest boon to sexual abusers, who can erase the consequences of their crimes by committing more crimes against their victims. Nor did its authors ask the impregnated Ukrainians whether they wanted to abort their babies. With typical, elitist arrogance, they simply presumed that everyone shared their values. Since they themselves would want to kill their unborn children, they decided without further consideration that the Ukrainian victims must want the same. But unlike American progressive elites, most of the world’s population don’t consider children, whatever their origin, to be an unmitigated evil. Their ham-handed attempt to exploit the Ukraine crisis to advance their abortion agenda was about as successful as Russia’s blitzkrieg on Kyiv.

The basic assumption of the letters is clear: If you give people all the information, then they will see abortion as health care, and many women will choose abortion. For these Democrats, then, the fact that USAID isn’t funding many abortions signals a problem, and the problem is that USAID isn’t working hard enough to inform aid recipients that they can carry out abortions and get money, too.

But abortion is evil, not good. And given enough information and freedom from pressures on their decision, most women would reject abortion. I say this, not because I’ve asked them all, but because I know each one has a conscience. Our consciences tell us what science confirms — that an unborn baby in the womb is a unique human life, with as much dignity, and as precious, as any other. Therefore, ending an unborn life is evil, and saving it is good. Only the distorted consciences of a sick culture could conclude the opposite.