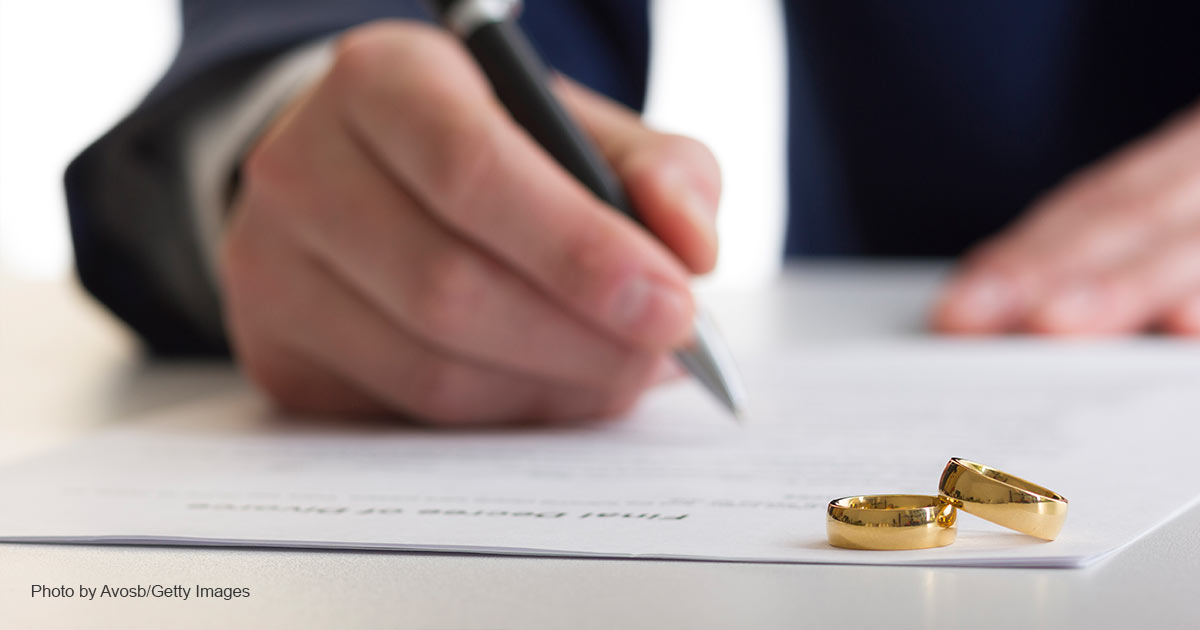 13 FAQs on the ‘Respect for Marriage Act’

This week, The Heritage Foundation released a list of frequently asked questions about the Democrats’ radical same-sex marriage bill, H.R. 8404. The former director of the HHS’s Civil Rights Division sets the record straight on what the sweeping law would actually do.

A: No. The Supreme Court went out of its way to dispel this idea, which the court called an “unfounded fear.” The court said, “to ensure that our decision is not misunderstood or mischaracterized, we emphasize that our decision concerns the constitutional right to abortion and no other right. Nothing in this opinion should be understood to cast doubt on precedents that do not concern abortion.” Moreover, it explicitly addressed rights created by the court in cases “regarding contraception and same-sex relationships” and said they “are inherently different from the right to abortion” because abortion “uniquely” involves prenatal human life. The court added “it is hard to see how we could be clearer” on these points.

Q: Did Justice Thomas say elimination of same-sex marriage in law will follow after Dobbs?

A: No. Justice Thomas wrote in a solo concurrence that “the Court today declines to disturb substantive due process jurisprudence generally or the doctrine’s application in other, specific contexts … like … Obergefell v. Hodges.” Indeed, Justice Thomas explicitly agreed with the majority that “[n]othing in [the Court’s] opinion should be understood to cast doubts on precedents that do not concern abortion.” Thomas merely repeated what he had said for decades in separate concurrences or dissents, namely, that the court’s doctrine of “substantive due process” should be abandoned as a means of establishing rights under the Constitution, and litigants should rely on other constitutional provisions when pursuing rights claims.

Q: Did any other justice in the majority write on the issue of same-sex marriage?

A: Yes. Justice Kavanaugh also wrote separately to “emphasize,” as Justice Thomas did, that the Dobbs decision “does not mean the overruling of [Obergefell and other] precedents, and does not threaten or cast doubt on those precedents.”

Q: Did anything in the Dobbs decision threaten Loving v. Virginia (1967) which struck down bans on interracial marriage?

A: No. Dobbs dealt with applying the constitutional doctrine of substantive due process while Loving was primarily decided on Equal Protection grounds, with Due Process as a fall back. This makes the idea that Loving may someday be overturned because of anything said in Dobbs beyond outlandish.

Q: Is there a need to “codify” Obergefell?

A: No. Every state with laws that defined marriage as the union of one man and one woman have amended their policies to comply with Obergefell and now recognize same-sex marriage as fully equivalent in law. Specifically, same-sex couples cannot be excluded from benefits of marriage by government actors solely because of same-sex status. If Obergefell is codified, absolutely nothing would change in terms of policies, benefits, and substantive rights for same-sex couples currently in civil marriages.

A: No. H.R. 8404 would radically redefine marriage under federal law far beyond the issue of same-sex marriage. Under pre-existing federal statute, the word marriage means “only a legal union between one man and one woman as husband and wife” which Obergefell changed in all applications to mean a union between two “individuals” regardless of their sex. H.R. 8404 would not codify the change made by Obergefell to federal law (which would have no real-world impact on same-sex couples in any event). Rather, it will treat as married, for all federal purposes, any persons recognized as married by any individual state, no questions asked.

Q: Would H.R. 8404 require federal recognition of polygamy, polyamory, child marriage, arranged marriage, and close relative marriage if such unions are recognized by a state?

A: Yes. H.R. 8404 abandons all current limits in federal law requiring marriage to be the union of only two persons. Under H.R. 8404 all it takes is a single state to recognize a polygamous or other unusual union as a marriage and the federal government must automatically recognize it for all federal purposes, including tax deductions, welfare benefits, immigration status, and federal employee benefits.

Q: Is there a real risk that a state, and therefore the United States, will recognize polygamy or polyamory under H.R. 8404?

A: Yes. The risks are substantial and growing every year. There are upwards of 60,000 people practicing polygamy without legal recognition in the United States today. Public support for polygamy has more than tripled since 2010 to nearly one in four people today. In 2020, Utah reduced the criminal penalties for living in polygamous relationships to infraction status. Organizations such as the Polyamory Legal Advocacy Coalition, with support from Harvard Law School, are pushing for legalization of polyamorous unions. Two cities in Massachusetts, Somerville and Cambridge (home to Harvard University), have recently granted official Domestic Partnership status to plural unions. Nothing in Obergefell prohibits any state legislature in the country from following Cambridge’s lead, nor does it prevent a state Supreme Court from imposing polyamory or polygamy by interpretation of its state constitution.

Q: Hasn’t the Supreme Court said that people who act on the belief that marriage is the exclusive union of one man and one woman deserve to be treated with respect?

A: Yes. The U.S. Supreme Court in Obergefell stated that beliefs in husband-wife marriage proceed from “decent and honorable” premises that “long ha[ve] been held and continues to be held in good faith by reasonable and sincere people here and throughout the world.” It also said that “[t]he First Amendment ensures that religious organizations and persons are given proper protection as they seek to teach the principles that are so fulfilling and so central to their lives and faiths.” In Masterpiece Cakeshop, the Supreme Court protected a baker who declined to make a custom wedding cake for a same-sex marriage celebration. In doing so, the court held that government “cannot impose regulations that are hostile to the religious beliefs of affected citizens and cannot act in a manner that passes judgment upon or presupposes the illegitimacy of religious beliefs and practices.”

Q: Is H.R. 8404 hostile to religious beliefs about marriage?

A: Yes. H.R. 8404 is a gratuitous swipe at the millions of Americans who believe in man­-woman marriage and are disproportionately guided on this question by their faith. The bill seeks to paint such people as bigots whose religious beliefs cannot legitimately be carried into the public sphere or in partnership with government. As found by the court in Masterpiece Cakeshop, government cannot “imply that religious beliefs and persons are less than fully welcome in... [the] community” when they differ with the government on same-sex marriage.

Q: Will a religious organization’s tax-exempt status be put at risk if H.R. 8404 becomes law?

A: Yes. The Internal Revenue Service could rely on H.R. 8404’s unnecessary re-affirmation of same-sex marriage as evidence of a national policy to exclude and marginalize those who disagree with the government’s position on same-sex marriage. Specifically, the IRS can point to H.R. 8404 to support declaring religious non-profits that have policies that only recognize man-woman marriage as no longer eligible for tax-exempt status as charitable organizations. During the Supreme Court’s Obergefell oral argument, then-U.S. Solicitor General Donald Verrilli admitted that if the court created a constitutional right to same-sex marriage, “the tax exemptions of some religious institutions would be in question.” H.R. 8404 would push the IRS towards one and only one answer to that question — stripping religious organization of non-profit status if they do not support same-sex marriage.

Q: If H.R. 8404 doesn’t change any “facts on the ground,” why does the bill create a right for government actors and purely private citizens to sue to enforce it?

A: Good question. H.R. 8404 effectively deputizes activist groups and individuals to sue religious persons, organizations, and businesses that operate according to their sincerely held religious belief that marriage is between one man and one woman and sue them if they partner in anyway with government, be it as a contractor, licensee, or grant recipient. Anyone merely alleging a harm would be able to sue under H.R. 8404. Activists will argue that faith-based foster care providers, state-funded religious social service organizations, and religious organizations and businesses that provide services under contract with the government are acting “under color of State law” to, at the very least, impose costs on and harass institutions that seek to live their beliefs about man-woman marriage without having to withdraw from civic or public life.

A: No. H.R. 8404 passed the House of Representatives over substantial opposition even though there was no opportunity given to both the public and Members of Congress to debate it. Opposition from concerned groups, institutions, and citizens is strong and growing by the day.

Roger Severino serves as vice president for The Heritage Foundation and senior fellow for Ethics and Public Policy Center.