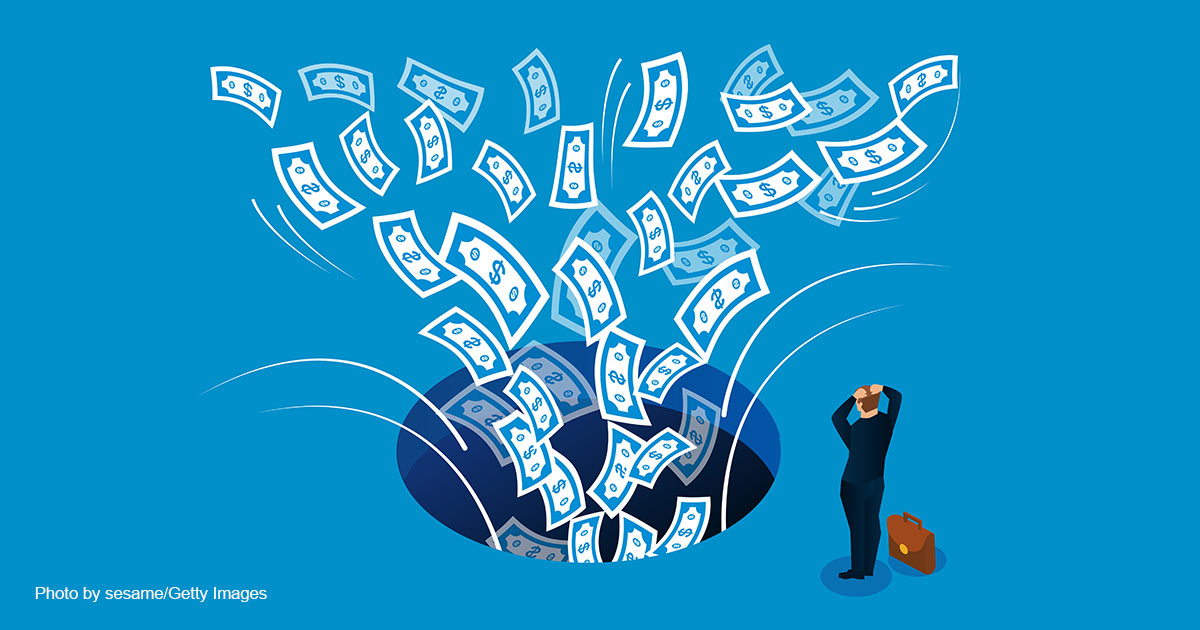 Maybe a recession wouldn’t be the worst thing in the world after all. According to the woke CEOs of America, conservatives would at least have one thing to look forward to: a “pause” in ESG investing. That’s one of the stunning takeaways from KPMG’s latest survey of hundreds of top executives. “In an uncertain economic environment, CEOs are adjusting their business strategies …” Chair Paul Knopp explained. And one of those “adjustments” is to reconsider their radical activism — a shift red states are speeding up with every painful divestment.

While President Biden fantasizes that there’s only a “slight” chance of recession, American CEOs live in the real world — which, for many of them, is about to come to a screeching economic halt. Ninety-one percent are bracing for a recession, which they agree will be neither “mild” nor “short.” Some have done some soul-searching in preparation, looking at the size of their workforce, their priorities, the biggest risks. And while 70% of these business people are under the delusion that fighting in culture wars “improve[s] their financial performance,” they also worry it will be an economic drag in the rocky road ahead.

A whopping 59% of CEOs admitted they “plan to pause or reconsider their organization’s ESG efforts in the next six months as they adjust their strategy to prepare for a recession.” That would be a seismic shift for corporate America, who’s been quite content to trade profits for political capital these last few years. Lauren Taylor Wolfe, co-founder of Impactive Capital, confessed that the woke-first mentality is no longer a practical option in the current climate, where financial performance — not social extremism — must be king. “We believe that ESG without returns is simply not sustainable,” she said. “We are exclusively focused on risk-adjusted returns.”

Those concerns seem to echo across Big Business, at least privately. Polls show that investors don’t care nearly as much about ESG as the out-of-touch board rooms making these left turns. And some of those investors — conservatives at the lever of major state pension plans — are letting corporate America know.

The ringleader of this political gamble, BlackRock, has kissed more than $1 billion dollars in assets goodbye these last few months, as more states take their money from the firm and walk. And based on Monday’s headlines, there’s no light at the end of Larry Fink’s tunnel. At the direction of Kentucky’s Attorney General Daniel Cameron (R) and State Treasurer Allison Ball, the Bluegrass State is setting the wheels in motion to dump BlackRock — joining the ranks of Louisiana, Mississippi, South Carolina, and West Virginia, who’ve all yanked their money out from under the ESG behemoth.

This one will hurt. Kentucky’s public pension authority and the state teachers’ retirement system have as much as $66 billion in assets — money that Fink can no longer leverage to force corporations into accepting his political extremism. “Kentuckians worked hard for decades to earn their pensions and rely on them for livelihood in retirement. It is important their investments are maximized, not politicized,” Ball told The Daily Wire. “As the watchdog of taxpayer dollars, I remain committed to ensuring funds are invested and spent consistent with the law.”

Justin Danhof, head of Corporate Governance for Strive Asset Management, is watching the roof cave in on Fink with some satisfaction after years of fighting to expose BlackRock’s real agenda. “Companies should leave politics to the politicians,” he urged. Danhof pointed to the election coming up, insisting that’s where “decisions like this should be made.” “The folks that we elect to statehouses and to Congress — they’re accountable to the people who put them there, the American electorate. I don’t remember voting for General Mills to dictate morality to society, do you? I don’t remember voting for Altria [or others], do you? … But that’s what we have here,” he told Family Research Council President Tony Perkins, “corporations [that] are deciding they are the moral arbiters in American culture. And they’re really putting their thumb on the scales.”

But those scales may finally be tipping, thanks to a Republican Party no longer willing to fund the Left’s war on their values. These asset managers — BlackRock, State Street, and Vanguard — “collectively control somewhere around $20 trillion in assets under management,” Danhof explains, “and they’re the ones pulling very heavy levers on corporate shareholder ballots to push heavy for ESG initiatives.” They’re using other people’s money to force action on everything from LGBT radicalism to job-killing climate change policy.

“Until recently,” Danhof told listeners of “Washington Watch,” “red state pensions, for example, had money tied up in BlackRock, State Street, and Vanguard. ... [And] what we’ve seen is a great reaction in a lot of states that have decided, ‘Wait a minute, BlackRock, you don’t represent my values.’ And there’s been an effort to do two things: pull back money from BlackRock and pull back the proxy voting authority that they had contractually given away to BlackRock. And I think that’s a great development.”

As much as Danhof encourages Americans to vote with their dollars, there’s another way conservatives can flex their muscle — and that’s next week’s election. In 2022, voters have a chance to decide who controls 68 of the 105 state financial offices nationwide, meaning 65% of the country’s treasurers, auditors, and controllers’ jobs are up for grabs.

“When it comes to where the money goes and who is watching it, these officeholders are typically the ones in charge, giving them an important role in state government,” Ballotpedia points out. These are the men and women who can deal the knockout blows to woke capital up and down the state. And right now, the power on the ballot is split right down the middle. “Among the offices being decided this November, Democrats and Republicans both currently hold 33, and two positions are marked as ‘other’…”

If Americans want to break the back of ESG, here’s an easy solution: vote. Seventy-nine percent of these CEOs have the gall to think the public is looking at them to address our “major social challenges rather than governments.” Prove them wrong.