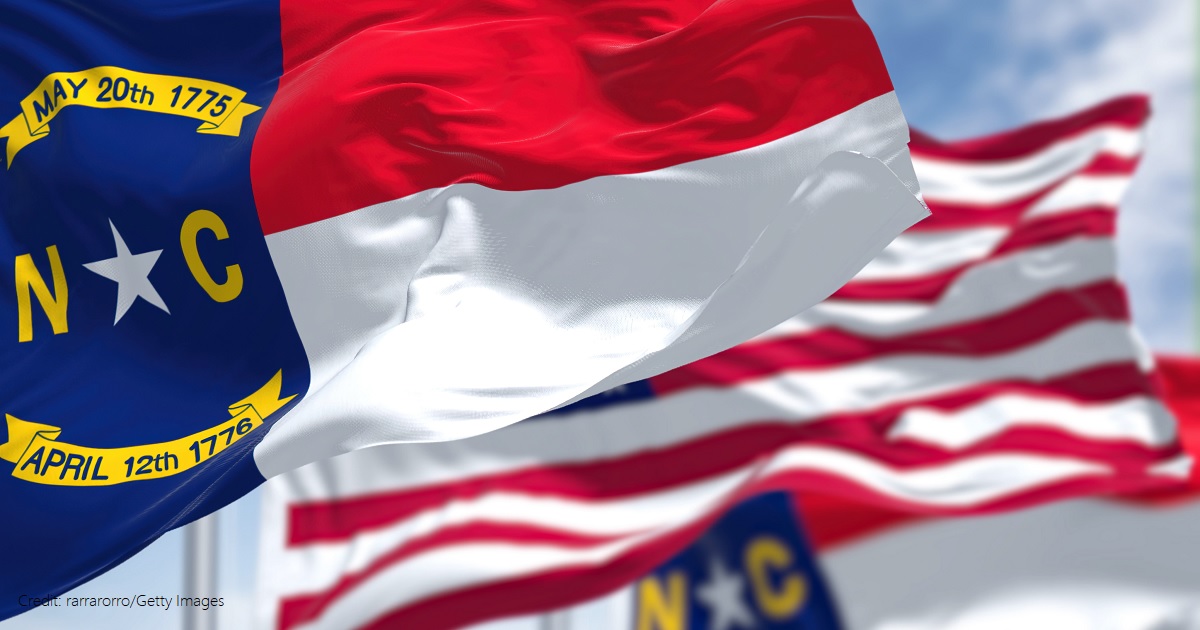 A New Day for North Carolina

Born and raised in eastern North Carolina, I love my home state. I’ve been in the D.C. swamp for seven years now, but the Old North State will always be home. Although our skies are Carolina blue, I bleed Wolfpack red. And if there’s one area where I lean liberal, it’s in how much vinegar you soak my barbecue in.

Like many other southern states, North Carolina is full of suburbs and rural towns where lives revolve around family, church, and recreation. North Carolina is a wonderful place to start a business and raise a family. In fact, Forbes magazine named it the top state to do business in for three years in a row, and it has consistently been in the top 10 of this ranking for over a decade. In an ever-expanding age of technology, agriculture is still a large part of North Carolina’s economy, with farms dotting the landscape from the coast to the mountains. With several major military bases in the state, North Carolina is also home to a large veteran population.

Above all, most North Carolinians adhere to traditional values — that unborn life should be protected, that religious liberty is fundamental to any society, and that marriage is between one man and one woman. While liberals from New York and California may be coming to metropolitan areas like Raleigh and Charlotte, the clear majority of the state’s counties are still conservative. In our hyper partisan climate, North Carolinians especially want someone representing our state in Washington, D.C. who holds to these values.

For two decades now, North Carolina has been represented by U.S. Senators who do not hold to these values. The last North Carolina senator that upheld family values was the late Jesse Helms who retired in 2003 after three decades of faithful service to our state. In fact, our two current senators, Richard Burr and Thom Tillis, both of whom are Republicans, have repeatedly supported legislation and nominations that undermine life, family, and religious freedom, despite campaigning to champion those issues.

Richard Burr’s betrayal of conservative values goes all the way back to his support of the Stem Cell Research Enhancement Act, which was vetoed twice by President Bush. In 2010, Burr was one of eight Republican senators who joined Harry Reid’s Democratic majority to repeal “Don’t Ask, Don’t Tell.” And just a few weeks ago, Burr voted to pass the so-called Respect for Marriage Act which codified same-sex marriage, despite the fact that 61% of his constituents voted to define marriage as the union of one man and one woman in the state constitution. Although Thom Tillis strongly supported Amendment 1 as Speaker of the North Carolina House of Representatives, he became one of the strongest Republican supporters of the Respect for Marriage Act in the U.S. Senate.

Today is a new day for North Carolina. Ted Budd will be sworn in as the newest U.S. Senator from North Carolina. Among other things, Budd is the first member of the House Freedom Caucus to be elected to the Senate. This caucus was first founded by another North Carolinian, Mark Meadows, and has served as a small but vigorous group of House members who continue to push for a more conservative agenda despite the majority of Republican members calling for more of the status quo. The group may be small, but Republican leadership must have their agreement in order to move legislation through the House. They don’t often get all of their agenda passed, but their influence is not to be underestimated. (A perfect example of this is the current race for Speaker of the House.)

Since joining the House in 2017, Budd has consistently scored a 100% rating on FRC Action’s scorecard. During the Trump years, he supported critical pro-life legislation including the No Taxpayer Funding for Abortion Act, the Pain-Capable Unborn Child Protection Act, and the Born-Alive Abortion Survivors Protection Act. More recently, he has stood for life by opposing the Women’s Health Protection Act, a radical bill that would codify Roe v. Wade and allow abortion-on-demand through all nine months of pregnancy on the taxpayer’s dime. Budd has also stood for religious freedom by opposing radical legislation like the Equality Act, Fairness for All, and, most recently, the badly misnamed Respect for Marriage Act. Additionally, since Billy Graham’s death in 2018, Budd has been pushing for his statue to be included as one of North Carolina’s two statues in the U.S. Capitol. The state legislature approved the statue in 2015, but the Joint Committee on the Library has delayed its approval since then.

If his House record indicates anything, Ted Budd will make an outstanding senator for North Carolina. He will stand for the timeless values of life, family, and religious freedom that have made our state one of the greatest places to live and raise a family since we joined the Union in 1789. May God continue to guide him in the challenging days ahead as he serves our great state.