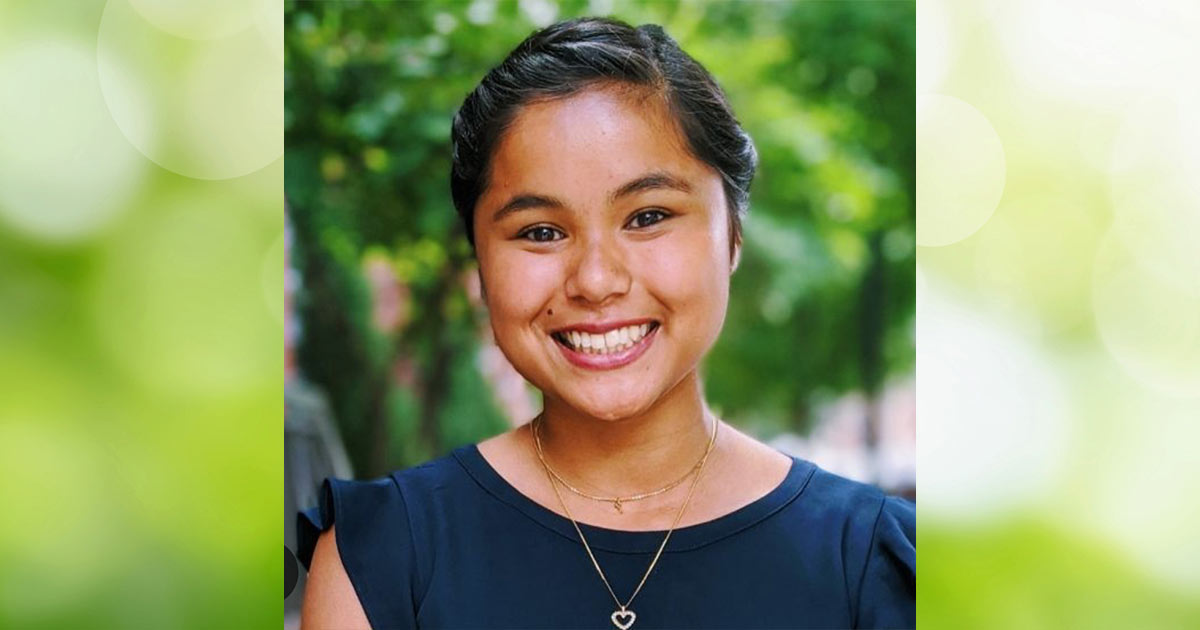 Adoptee: ‘God Brought Us Together to Be a Family’

As the United States grapples with the reality of a future without Roe v. Wade, the topic of adoption has surfaced as a surprising source of controversy. The abortion industry and its supporters have been quick to demonize adoption as a viable alternative to abortion — often citing concerns about transracial adoptions as causing a lifetime of trauma for a child. For countless adoptees like Jaelyn Morgan, however, adoption is characterized primarily by immense love.

“My parents own an apple farm in upstate New York,” Jaelyn shared with me. “They had been waiting to adopt after going through about five years of infertility. They considered adopting from lots of different places, but God opened doors to allow them to adopt from Cambodia — and they got me.”

Jaelyn has successfully navigated formidable challenges like D.C. internships (including one at Family Research Council) and law school admissions — but contrary to pro-abortion narratives, the matter of being a different ethnicity than her adopted parents has never been a hurdle to overcome. “My parents are Caucasian, and I personally think it’s a blessing that we’re different ethnicities,” Jaelyn says. “We never had to have an awkward reveal about adoption — we treated our adoption day as a second birthday.”

“My parents were always so open and told me that they couldn’t have children on their own, but that God had a plan for how they could,” Jaelyn adds. “God brought us together to be a family. I think because we had different skin colors, I never felt the need to hide that I was adopted. My parents attributed my adoption experience to God, and that informed the way that I viewed myself and my adoption — as something that God had control over.”

Jaelyn is the oldest of six adopted children in her family, all of whom were adopted into the United States from another country — including two from South Korea, two from China, and one from Vietnam. Though Jaelyn confidently acknowledges, “I know that God brought me to America for a reason and I’m proud to be an American,” she is likewise grateful to her parents for embracing the birth cultures of their adopted children.

She described, “growing up, we would read picture books about parents who traveled to other countries to adopt a baby. On our adoption days, we would meet up with other adoptees and their families, and the kids would write messages to our birth parents and ‘send them to Cambodia’ in balloons.”

“For our 16th birthday, if we wanted, our parents would let us bring a friend on a homeland tour to visit our birth country,” she shared. “When we were 16, my mom and I, and my Cambodian adoptee friend and her mom, visited our homeland for two weeks. We saw Angkor Wat, one of the seven wonders of the world, and attended a Cambodian wedding. The following summer, I went on a mission trip to Cambodia and taught English at a Christian school. I have a very positive association with Cambodia and her culture. I’m thankful my parents supported my curiosity about where I came from.”

Though Jaelyn’s parents worked hard to familiarize themselves with the complexities of adoption and the potential for trauma, Jaelyn shares honestly that, “Adoption, by definition, is a product of relinquishment that causes trauma. Many adoptees suffer from underlying addictions and struggles that won’t be diagnosed until later in life.” She adds, “I’m grateful my parents were informed about adoption, and that they provided me with science-based resources when I faced struggles during my teen years. My parents supported me by teaching me who I was and helping me identify symptoms of trauma so that I didn’t feel trapped within myself.”

For Jaelyn, the inevitability of trauma is not a reason to avoid adoption — or to treat abortion as a preferable alternative. “Abortion is never a morally justifiable option,” she stressed to me. “Addressing where to place children who don’t have families to care for them is not a new communal or national issue. We can talk all day about the policies we need to encourage families to stick together or how to get countries to care for their own citizens, but at the end of the day, abortion is treating an ‘unwanted’ child in a way that is morally unacceptable.”

Jaelyn encourages any parents who are looking to adopt, “You should consider adopting if you are prepared to sacrificially love that child, treat them just like you would a biological child, and stay humble enough to be a lifelong learner about adoption. If you are willing to do those three things — not treating your adopted child like a commodity but as a family member with whom you will work through symptoms of trauma — if that’s your mentality, then you should consider adopting.”

When I asked Jaelyn how she would like to conclude her adoption story, she told me, “A lot of adoptees at some point wonder ‘who am I?’ I chose to become a Christian when I was 12 — it was transformative to realize that my ultimate identity was not in my birth family, adoptive family, or ethnicity, but as a Christian and child of God. In fact, the whole story of the gospel can be summed up like this: You are invited to be adopted into God’s family if you put your faith in the death and resurrection of Jesus Christ! Compared to this new identity, every other one falls short.”