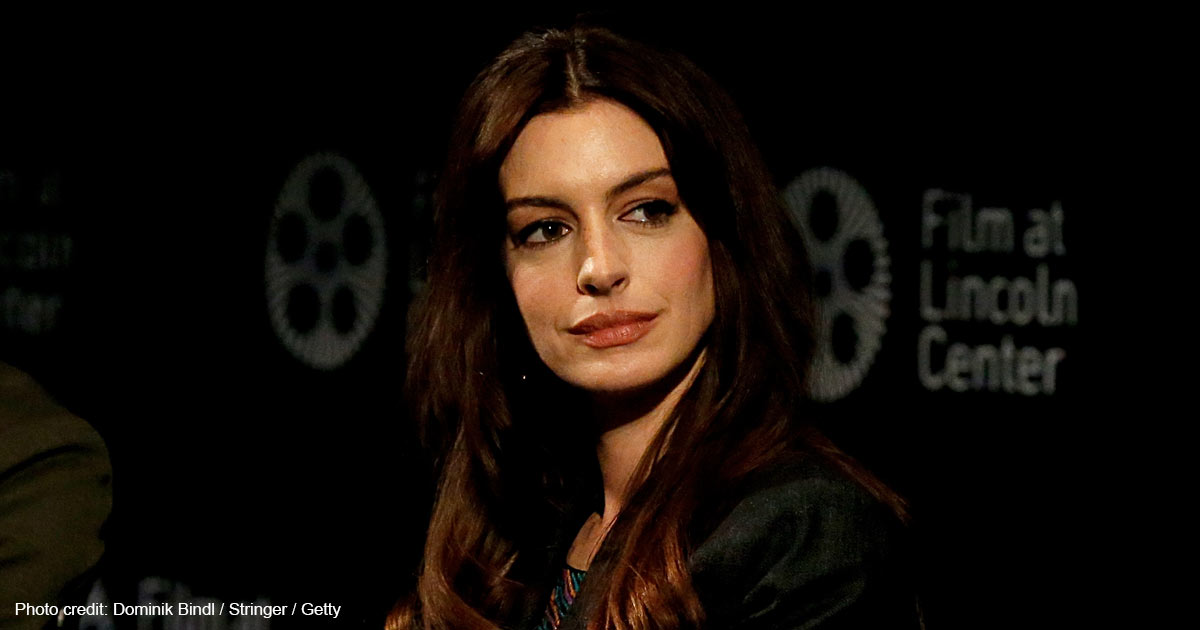 Anne Hathaway: ‘Abortion Can Be Another Word for Mercy’

This week on “The View,” Anne Hathaway, star of “The Devil Wears Prada,” used the anniversary of the film to further perpetuate two lies. The first lie is that women need abortion to succeed, and the second is that women should be satisfied with a world where this is true.

In response to Joy Behar’s question as to why Hathaway chose to write about “reproductive health” when marking the film’s 16th birthday, Hathaway said, “In this character, I played a girl who was starting out her career, and when you are a young woman who is starting out her career, your reproductive destiny matters a great deal.” She concluded by saying, “My own personal experience with abortion … and I don’t think we talk about this enough ... abortion can be another word for mercy.”

While there are many issues with Hathaway’s response, perhaps the most ironic is that the actress failed to learn the very lesson at the heart of the movie she is celebrating — people are more important than any career.

For those unfamiliar with the movie, “The Devil Wears Prada” follows the awkward, frumpy aspiring journalist Andrea “Andy” Sachs as she tries to make her way into the fashion world. After landing a job with Runway magazine, led by malicious, self-centered Miranda Priestly (Meryl Streep), the previously likeable Andy morphs into a woman who cares more about career than her relationships. Consumed and defined by her career, Andy casts aside her boyfriend, friends, and even those who mentored her. She pursues “success” at all costs — constantly telling herself she’s still a good and loving person, her career just comes first, and everyone else should understand that. Her proximity to the meanspirited Miranda gives Andy a sense of comfort. After all, she would never treat people the way Miranda does.

In perhaps the film’s most epic exchange, Andy is horrified to learn that Miranda believes they are similar. “I see a great deal of myself in you. You see beyond what people want, what they need, and you can choose for yourself …” Miranda remarks.

When Miranda points out that Andy made the decision to cut out her co-worker in order to get ahead, Andy defends herself saying, “That’s not what I… no, no… that was different. I didn’t have a choice.”

But Miranda replies, “Oh no. You chose. You chose to get ahead. You want this life — those choices are necessary.”

In an instant, Andy recognizes that in her pursuit of success, she’s turned into Miranda. She exits the car, leaves behind her career, and instantly becomes a hero, opting to be a woman who values people more than prestige.

While I certainly do not endorse the film in its entirety, the bones of it make for a great story — one that leaves viewers wondering if they, too, should learn Andy’s lesson. Unfortunately, though, it appears Anne Hathaway is an even better actor than she gets credit for, because she clearly does not believe in the moral of her most famous work.

Instead of championing a workplace where people — where women — are valued in their totality, Anne Hathaway’s statement mirrors Miranda’s. “You want this life, those choices are necessary.”

As Miranda’s glamorous life attests, choosing your career before everything else only leads to loneliness and heartbreak. Our culture should recognize, as Andy did, that being successful and treating others with dignity and respect are not mutually exclusive. It should learn to value women in their totality — including their ability to be mothers. Workplaces should evolve to accommodate motherhood, as Family Research Council has done for its working moms — including me. And women should refuse to accept that their only path to success includes ending the lives of their unborn children.

To Anne, I’m sorry you were fed the lie that your career as an actress would be over if you gave birth to a child. If the personal experience with abortion that you were referred to was your own, there is hope and healing after abortion. I hope one day we can work together to create a world where no woman is told, “those choices are necessary.”