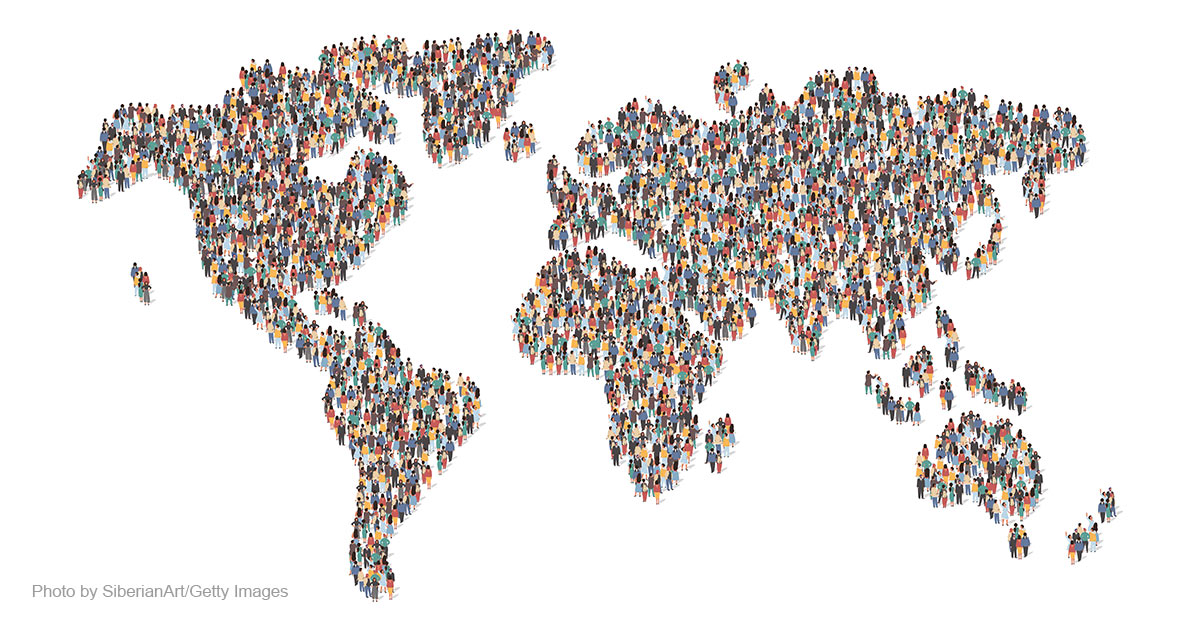 Anti-Natalism and the Promise of Life

To be pro-life means to cherish life at all its stages, from the earliest moments in the womb to the final moments before eternity. This is one reason to celebrate that there are now eight billion people on the planet. Some estimates say that total population could reach as high as 10.4 billion or even higher by 2100.

Yet the numbers don’t tell the whole story. A major reason the number of people is increasing is that people are living much longer than historically has been the case. Since about 1900, overall longevity worldwide has roughly doubled to more than 70 years of age. In Western nations, the number is even higher — between 77-83 in the U.S., Canada, Mexico, and most of Europe.

However, the global birthrate has been in sharp decline. In 1950, women worldwide had an average of five children. Today, the average woman has (statistically) an average of about 2.4 children. Amazingly, the decline in what’s called the “total fertility rate” has taken place while the number of women of child-bearing age has, in the same period, almost tripled to about 1.9 billion.

The halving of the global birthrate is attributable largely to two practices: the use of chemical birth control and abortion-on-demand. It is impossible to calculate the number of births prevented by “the pill” (actually a family of drugs), but hundreds of millions is perhaps a minimal guess.

Abortion has become common in the West (including the U.S., where there have been more than 64 million abortions since 1973) and also in the developing world. China’s decades-long one-child policy prevented as many as 400 million births and about 34 million more men than women throughout the country. In India, abortion has become the go-to anti-birth practice; between 2015-2019, there were about 48.5 million pregnancies on the sub-continent every year. “Of these, 21,500,000 pregnancies were unintended and 16,600,000 ended in abortion” annually.

There are some who applaud this dramatic decline. “If we continue to become more and more people, each consuming more and more energy and raw materials, environmental crises will follow one after another,” writes Anders Sirén of something called “The Overpopulation Project.” “The only long-term solution is for us to reduce our consumption and become fewer people on Earth.”

This is wrong in some profound ways. Human ingenuity has led to transformative benefits in the past 150 years: the discovery of penicillin and vast numbers of antibiotics, electrification and the internal combustion engine, the mapping of the human genome, flight (from the Wright brothers to Americans walking on the moon), the Hubble telescope, and almost incalculable improvements in economic well-being throughout the developed — and most of the developing — world.

Additionally, as conservation scientist Jon Fisher reports, “While the global food supply per person has increased over the last 15 years, we have simultaneously decreased the total amount of land we’re using to produce it.” In the U.S., the story is even more dramatic. According the federal Department of Agriculture, “total farm production nearly tripled between 1948 and 2017,” even though “land and labor used in farming declined” as “innovations in animal and crop genetics, chemicals, equipment and farm organization … enabled continuing growth in farm output.”

So, we have a growing abundance of food, an ample supply for every person on the globe, and for billions more. “There is enough food for everyone,” according a recent report from the United Nations. The “evidence suggests that the problem we face today is not a lack of food. Rather, it is a problem of efficiency. We can see this throughout the production and consumption process, beginning with how land is used. Responding to increased demand for meat and dairy, about 60 percent of the world’s agricultural land is used for livestock grazing.”

Maybe we should eat less meat (I write this as an avowed carnivore). However, we waste vast quantities of food; as Christians, we should take the lead in stewarding well what God provides us. In addition, distribution systems, whether well-paved roads or the use by oppressive governments of food as a weapon of political control, need substantial improvement in sub-Saharan Africa and similar regions. Access to such basic things as clean water and medical care for newborns remains imperative.

God called on our first parents to “be fruitful and multiply and fill the earth and subdue it, and have dominion over the fish of the sea and over the birds of the heavens and over every living thing that moves on the earth” (Genesis 1:28). Reproduction is commanded in tandem with resourcefulness. This cultural mandate has never been rescinded and remains the source of the blessing of children and the promise of abundance that, despite our fallenness, can be witnessed all around us.

The idea that we somehow need to cull the world’s population, actively or passively reducing human life as though it were a cancerous growth, is not only cruelly immoral. It is wholly unnecessary for healthy and flourishing human life worldwide.