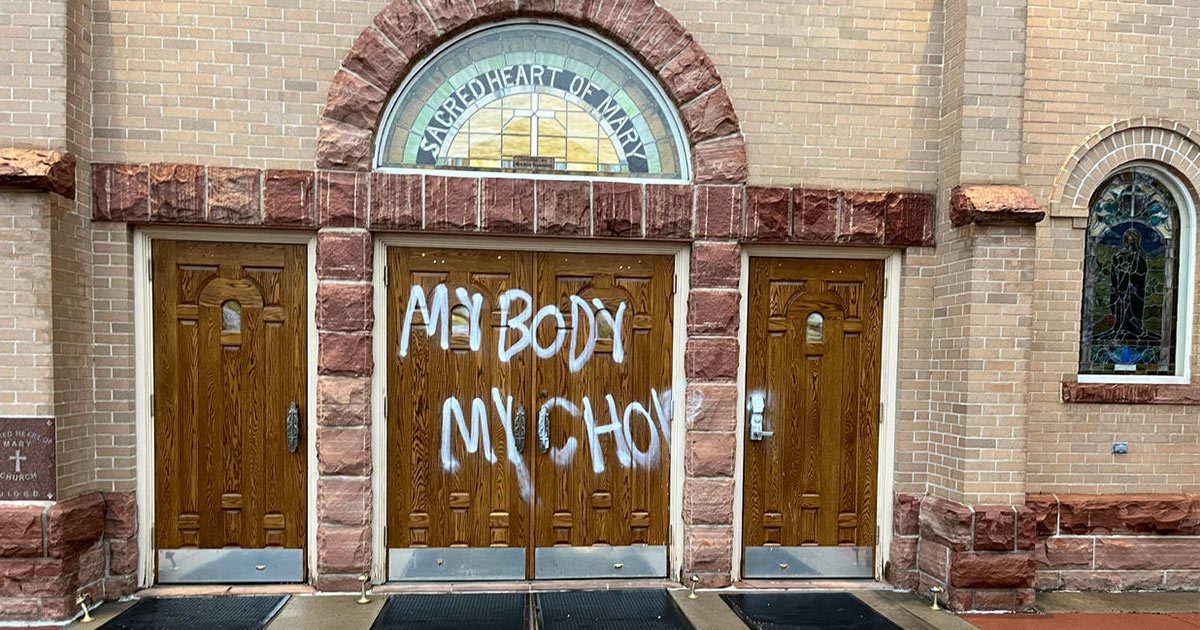 As They Prepare to Celebrate Christmas, Churches Face Increasing Acts of Hostility

While churches are preparing to celebrate Christmas this year, a new report from Family Research Council suggests that they face increasing risks of vandalism and other physical attacks against church buildings.

The report found that 420 church attacks occurred between January 2018 and September 2022. The amount of incidents nearly tripled from 2018, which had 50 incidents, and 2022, which had 137 incidents from January to September when the reporting period ended.

What’s behind this rise? The apparent motivations vary, but one thing is certain: times of heightened political tension resulted in the targeting of churches. When the U.S. Supreme Court’s draft decision in Dobbs v. Jackson Women’s Health Organization was leaked on May 2, 2022, churches saw a spike in graffiti incidents with pro-abortion messages and protests that interrupted church services. From January to September of this year, at least 57 acts of hostility against churches were tied directly to pro-abortion protests or contained pro-abortion messages.

Pro-abortion activists were particularly brazen in their protests and disruption of church services. At a church in Atlanta, Georgia on May 8, abortion supporters staged a “die-in” with fake blood outside the church while mass was taking place inside. In Portland, Oregon on June 25, a church was vandalized with the ominous message, “If abortions aren’t safe, neither are you.”

The riots following the death of George Floyd, a black man who was killed by a police officer on May 25, 2020, also gave way to destructive acts against churches. Incidents included fires set in churches, rocks thrown through windows, and threatening anti-police messages such as ““Kill all cops” spray-painted on the side of buildings.

Many churches were also vandalized with hateful, anti-Christian, Satanist, or anarchist messages. One church in Lititz, Pennsylvania was vandalized with the words “Hail Satan” and “Kill God” in December 2021. Another church in Lima, Ohio was tagged with the phrase “God is dead” alongside pro-LGBT messages in June 2019.

Vandalism accounted for 341 acts of hostility identified by Family Research Council. In addition, the report identified 58 arson attacks or attempts, 12 gun-related incidents, 11 bomb threats, and 19 other incidences (including assault, threats, interruption of worship services, etc.). Some churches — including historic churches in California, Colorado, Tennessee, and West Virginia — were burned to the ground or were seriously damaged by arson.

These acts of violence against church buildings are symptomatic of a larger societal problem. American culture no longer has the reverence and a respect for religious institutions that it once did. Even if one does not believe in a given religion, everyone should be able to treat houses of worship with respect rather than venues at which to vent their hate or political rage.

Sometimes the intent of acts of hostility against churches is to interrupt the normal workings of a church or intimidate the congregation or pastoral leadership. Whatever the motives, the sharp rise in acts of hostility over the last five years must be taken seriously. It is a data point giving evidence to a rise in hostility to Christianity in the United States.

Religious freedom — the ability to practice and live out your faith freely, including going to worship services without fear — does not just rely only on legal protections. It must have cultural support. To foster cultural support for religious freedom, individuals and politicians alike must condemn these acts of hostility against churches boldly and without hesitation. Violence against churches has no place in the United States.