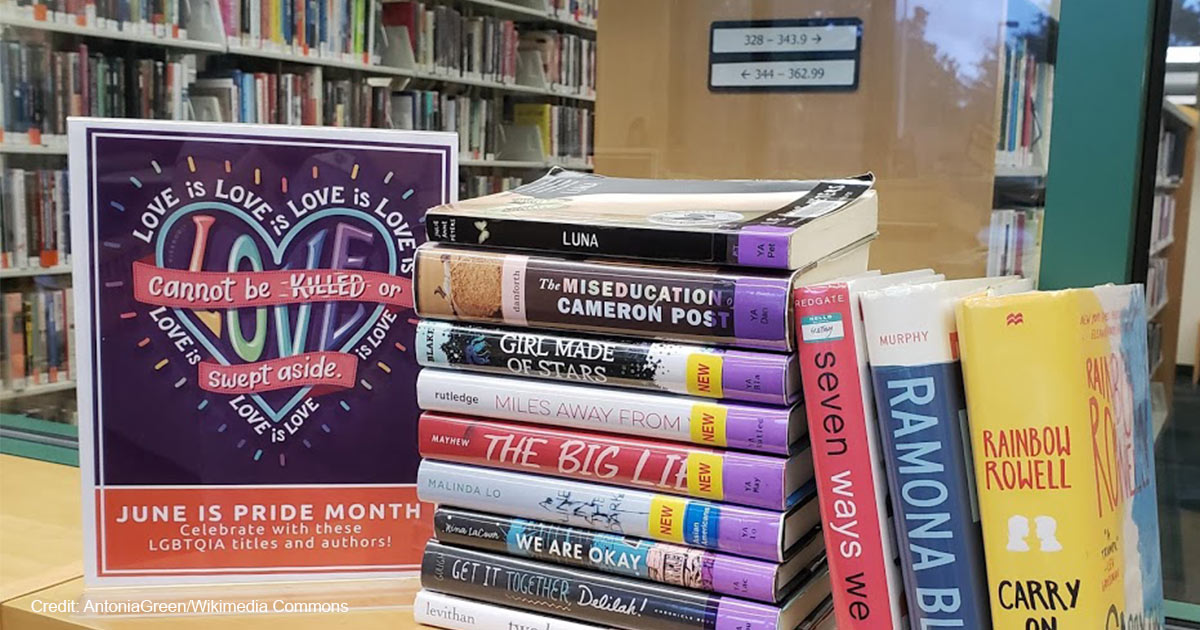 “Whoever succeeds in telling the stories to the children gets to control the future.” That was Kirk Cameron’s answer to people wondering why he’s joined the debate over America’s libraries. As parents everywhere fight to keep graphic content out of their children’s hands, Texas officials are warning the battle is taking an ominous turn. It’s not just the forces of the Left that communities will have to contend with. It’s the federal government, whose new investigation into a local school district could upend every grassroots effort to protect kids.

For leaders in Texas’s Granbury School District, the bomb dropped shortly before Christmas. Officials in the Civil Rights Division of Biden’s Department of Education (DOE) said they’d received a formal complaint from the ACLU that the small community outside Fort Worth was somehow violating the government’s definition of “sex” by pulling books from school library shelves.

The ACLU’s beef dates back to November 2021 when Texas Governor Greg Abbott (R) urged the state’s association of school boards to “ensure no child is exposed to pornography or other inappropriate content in a Texas public school.” His letter, which keyed off parents’ growing outrage about the material on school shelves, insisted on greater transparency about the content students can access. Abbott said his office had been contacted by a number of moms and dads who were “rightfully angry” about the “pornographic and obscene” content.

Granbury officials took the governor’s directive to heart, ordering a review of the district’s book titles. But what ultimately landed the district in hot water was a candid conversation Superintendent Jeremy Glenn had with the schools’ librarians — which was eventually leaked to the press. He talked about the conservative make-up of the community and insisted that they would act accordingly. “We do have a very conservative board,” Glenn said in a reference to the two new school board members. “They are elected, and recently more conservative. And so that’s what our community is. That’s what our job is.”

At the end of the day, Glenn insisted, “I don’t want a kid picking up a book, whether it’s about homosexuality or heterosexuality, and reading about how to hook up sexually in our libraries. … And I’m going to take it a step further with you,” the superintendent went on. “There are two genders. There’s male, and there’s female. And I acknowledge that there are men that think they’re women. And there are women that think they’re men. And again, I don’t have any issues with what people want to believe, but there’s no place for it in our libraries. … I’m cutting to the chase on a lot of this,” Glenn insisted. “It’s the transgender, LGBTQ, and the sex — sexuality — in books. That’s what the governor has said that he will prosecute people for, and that’s what we’re pulling out.”

Over the next two weeks, Granbury embarked on what the Texas Tribune called “one of the largest book removals in the country, pulling about 130 titles from library shelves for review.” Two months later, the volunteer review committee inexplicably voted to return all but three books that they’d permanently banned.

By then, the audio of Glenn’s meeting had made its way to the media, and liberal news outlets like the Texas Tribune, ProPublica, and NBC News pounced, accusing Glenn of anti-LGBT bias. That’s when the local chapter of the ACLU got involved, demanding an apology and calling for every book to be reinstated.

Glenn didn’t oblige, conveying through district spokesman Jeff Meador that all the titles they’d pulled from shelves are “sexually explicit and not age-appropriate.” That said, the libraries “continue to house a socially and culturally diverse collection of books for students to read, including,” he pointed out, “books that analyze and explore LGBTQ+ issues.”

Naturally, that didn’t satisfy the ACLU, whose lawyers decided to involve the federal government in a local dispute that could have a chilling effect nationwide. “If the government finds in the ACLU’s favor,” The Washington Post cautioned, “the determination could have implications for schools nationwide, experts said, forcing libraries to stock more books about LGBTQ individuals and requiring administrators — amid a rising tide of book challenges and bans — to develop procedures ensuring student access to books that some Americans, especially right-leaning parents, deem unacceptable.”

Of course, the heart of the ACLU’s allegation — that Granbury (and Glenn, especially) is violating the Left’s new definition of “sex” — is a stretch by almost every legal standard. The Biden administration may have twisted the word “sex” to mean “gender identity” and “sexual orientation,” but that interpretation has never been passed into federal Title IX law.

And yet, the ACLU’s Chloe Kempf maintains (unconvincingly) that the “book removals and also the comments create this pervasively hostile environment.” “Both send a message to the entire community that LGBTQ identities are inherently obscene, worthy of stigmatization — and the book removals uniquely deprive LGBTQ students of the opportunity to read books that reflect their own experiences.”

Conservatives pushed back, insisting that this isn’t about LGBT hostility but age-appropriate content. Meg Kilgannon, senior fellow for Education Studies at Family Research Council, insisted that this whole controversy amounts to a leftist intimidation campaign. “The ACLU is bullying school districts who have responded to parental concerns about pornographic library books offered to children. Access to pornography at school is not a civil right.” Even if the law had been changed to include “sexual orientation and gender identity” in Title IX, “children still do not have a right to sexually explicit or violent content in public school library books. And school systems are under no obligation to support a publishing industry who can’t sell these books to parents and so sells them to librarians instead.”

Frankly, Kilgannon argued, “This is federal overreach into the education system, which is supposed to be a state issue.” Not to mention that “Biden is weaponizing another government agency: the DOE.”

If the president does intervene, dictating how school libraries handle certain book titles, the issue will almost certainly end up in court. “This isn’t the sort of civil rights issue that requires federal intervention,” Will Flanders of the Wisconsin Institute for Law and Liberty argued. “It’s a question about books in schools, not about individual rights being violated.”

Either way, it does show one thing: the potency of the parents’ movement. Cameron, who’s in his own fight to host story hours in the same libraries that allow drag queens, is witnessing the momentum firsthand. As many as 1,000 people turned out in Placentia, Calif. to hear the “Growing Pains” actor read his new book, “As You Grow.”

“I know why parents and grandparents are coming out of the woodwork,” Cameron told The Federalist. “They understand there is a war on children — and nobody’s going to stop it but us.” So if there’s one thing Americans can do, he told the crowd, it’s this: “Don’t just talk about what’s going on. Change what’s going on.”