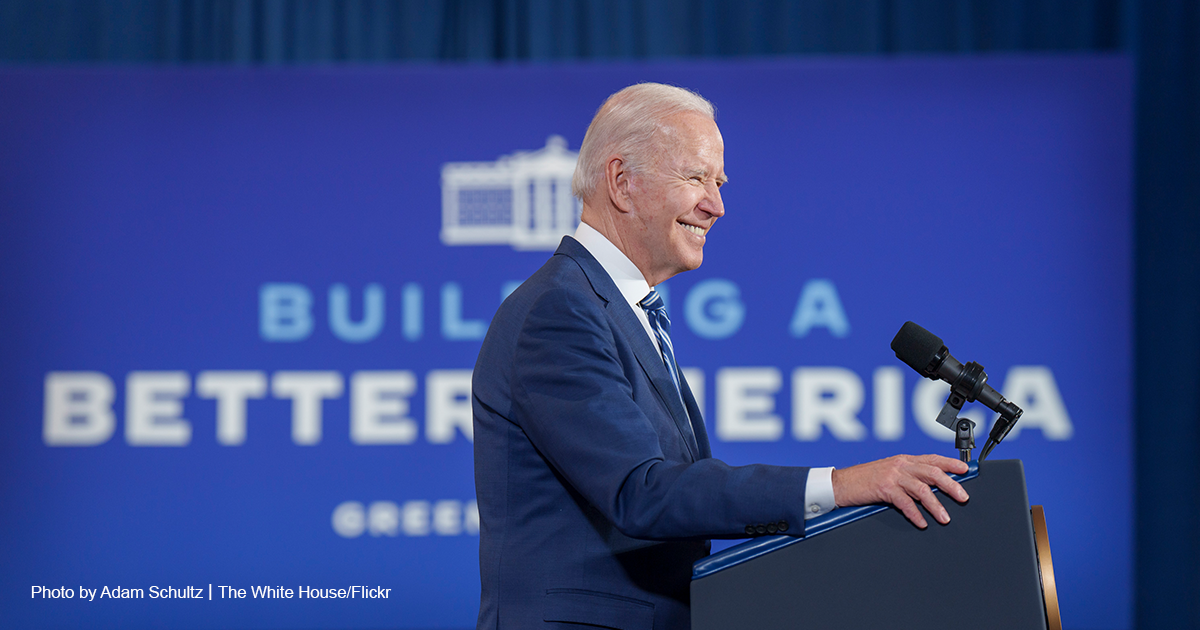 And Joe Biden said, “Let the economy be great, and it was so.” Or at least so things seem to work in the mind of the 79-year-old president who last week was reportedly expressing frustration about White House staff repeatedly walking back his statements.

On Friday, President Biden proclaimed, “My plans have produced the strongest, fastest, most widespread economic recovery America has ever experienced, with record jobs, a new record of small businesses, and wages rising.” He later added, “A recent survey from the Federal Reserve found that more Americans feel financially comfortable than at any time since the survey began in 2013.”

Whose economy is President Biden talking about?

On Tuesday, Treasury Secretary Janet Yellen sang a different tune than her boss before the Senate Finance Committee, who she told that America’s current “macroeconomic challenges” include “unacceptable levels of inflation.” Yellen also predicted on Tuesday, “I do expect inflation to remain high. After dismissing concerns about inflation last year, Yellen admitted last month, “I was wrong then about the path that inflation would take.”

American citizens are also concerned. A Nationwide Retirement Institute (NRI) survey released in March found 90% of consumers were concerned about inflation, with 58% saying their purchasing power is decreasing. A new Wall Street Journal-NORC poll conducted in May found 83% of respondents described the economy as “poor” or “not so good,” the highest level of dissatisfaction since 1972, with inflation as a key factor. Only 27% of respondents said they have a good chance of improving their standard of living, a 20-point drop from last year.

Again, what is Biden talking about?

President Biden was selectively pointing to good economic news while de-emphasizing the bad. That means, first, there is some good economic news. Biden referred to the Federal Reserve’s survey, “Economic Well-Being of U.S. Households in 2021,” which found “78 percent of adults reported either doing okay or living comfortably financially,” the highest proportion since the survey began in 2013. It also found “the share of adults who reported that they would cover a $400 emergency expense using cash or its equivalent” also set a record high 68%.

Several points merit attention on Biden’s survey of choice. First, the survey was conducted in November 2021, before several more months of the highest inflation in 40 years — even before Russia’s invasion of Ukraine. Since then, economic confidence has taken a nosedive. Second, there’s a gaping chasm between “doing okay” and “living comfortably,” two categories Biden seems to conflate. No superlative — “strongest, fastest, most widespread” — describes “doing okay.” Third, the survey findings seem, at least to some extent, to measure a person’s financial situation by whether they are flush with cash. Two pandemic-related factors — reduced opportunity for household consumption (such as overseas travel) and unprecedented federal spending, including direct government payments to individuals — combined to create abnormally high bank balances in 2021, leading to the result the Federal Reserve found.

Biden’s reliance on the Federal Reserve’s survey to demonstrate the economy’s strength highlights the danger of learning the wrong lesson from the pandemic era. You can’t make the economy better simply by distributing government handouts. That road leads to inflation, and we are now suffering the consequences. President Biden has been forced to recognize inflation as a problem but seems to have no idea how to fix it. For starters, nobody ever solved inflation with more government spending.

It’s obviously important for politicians to tout their accomplishments as elections approach, but what are President Biden’s actual economic accomplishments? “My plans have produced” this “economic recovery,” boasted Biden. Yet the bill he pitched as his economic recovery plan, Build Back Better, died in Congress. The Biden administration has been behind the eight-ball for 18 months, stumbling to catch up on the supply chain crisis, the energy crisis, inflation, and now the baby formula shortage. By imposing vaccine mandates on private employers, snarling airline schedules, practically inviting a war in Europe, and blocking domestic energy production, they may have done more harm than good.

The president claimed other achievements, such as “record jobs, a new record of small businesses,” yet two years and four months after the pandemic, America has just barely caught up to where it was before. According to the Bureau of Labor Statistics, as of May 2022, the unemployment rate stood at 3.6%, which nearly matches the pre-pandemic low. But the labor force participation rate stood at 62.3%, down 1.1 percentage points from February 2020. Somehow, despite labor shortages everywhere, we still haven’t gotten everyone back to work who was working before the pandemic.

On Tuesday, the national gas average stood at $4.91. Every couple of weeks, commuters watch it rise again. Average Americans — those who do their own grocery shopping — know their budget doesn’t stretch as far as it did six months or a year ago. Everywhere we go, businesses are understaffed, leaving customers frustrated and fewer employees overworked. These everyday experiences tell us that all is not right with the economy. But President Biden doesn’t seem to get it.

To change Americans’ mind on the state of the economy, the Biden administration doesn’t need a new public relations strategy. They need policies that fix real problems.