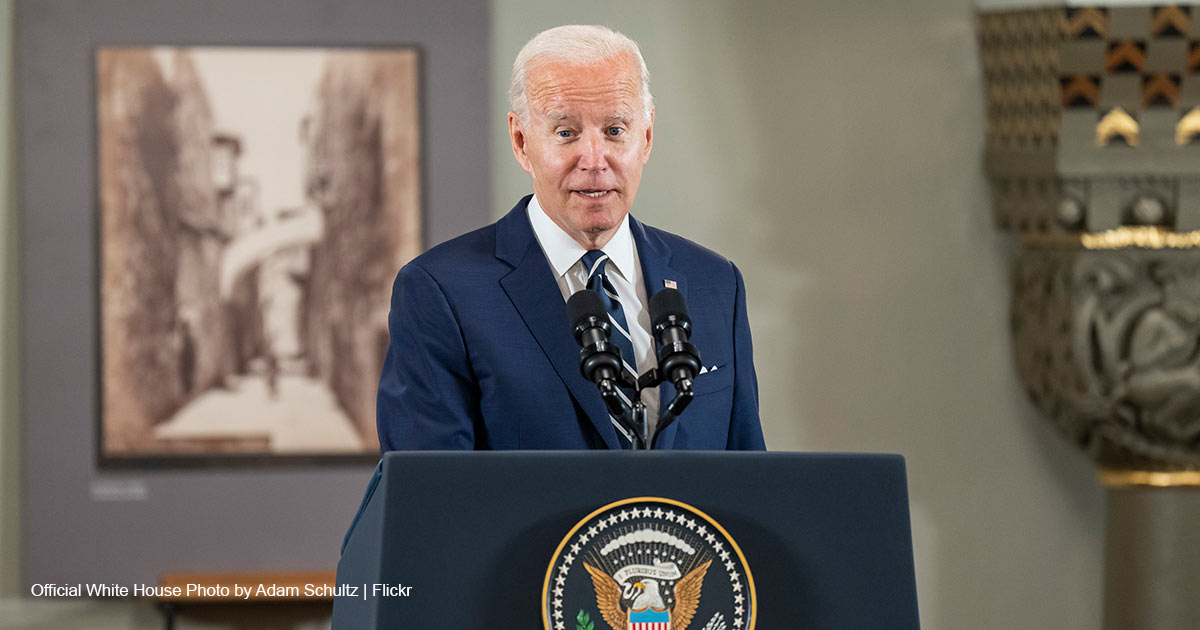 Jesus commanded His disciples to say what they mean and mean what they say. “Let your yes be ‘yes’ and your no be ‘no,’” He told them (Matthew 5:37). Being clear and firm is a matter not only of integrity but of courage. Backtracking and rationalizing clear, definitive statements signals weakness and, sometimes, cowardice.

Since last August, President Biden has said four times that America would defend Taiwan should the island nation be attacked by its massive communist neighbor. This past Sunday, CBS News journalist Scott Pelley pressed the president on this to make sure of the latter’s commitment: “To be clear, sir, U.S. forces, U.S. men and women, would defend Taiwan in the event of a Chinese invasion?” Biden’s response: “Yes.”

As China historian Michael Schuman wrote of the president’s blunt statement, “In the past, the nature of America’s commitment to defend the island has been left purposely vague, a policy known as ‘strategic ambiguity.’ Biden is making the matter much less ambiguous.”

Or maybe not. Immediately after the Pelly interview, the White House issued a statement saying that the president’s declaration was not “official U.S. policy.” As commentator Stephen Collinson notes, Biden’s aides’ “constant corrections are not just disrespectful to Biden; they raise the possibility that he’s leading foreign policy and defense officials to a place they don’t want to go.”

This invites a pretty obvious question: Who is in charge? The president? The State Department? Bureaucrats embedded in the halls of the Pentagon?

Our president has a long history of saying things his aides scramble to then tell us that he didn’t really mean. In March, speaking after Vladimir Putin’s unprovoked invasion of Ukraine, the president said of him, “This man cannot remain in power.” Any reasonable person hearing this would believe that Biden was calling for Putin’s ouster as leader of Russia. However, an aide quickly qualified Biden’s remark. “The president’s point was that Putin cannot be allowed to exercise power over his neighbors or the region. He was not discussing Putin’s power in Russia, or regime change.” Yet that’s clearly not what the president said or implied.

What of the infamous “MAGA Republican” speech the president gave a few weeks ago? “MAGA forces are determined to take this country backwards,” Biden said. Then, the next day, after facing strong backlash even from many in the mainstream media, he said, “I don’t consider any Trump supporter a threat to the country. I do think anyone who calls for the use of violence, fails to condemn violence when it’s used, refuses to acknowledge when an election has been won … is a threat to democracy.”

Who is failing to condemn violence or oppose election integrity? Only fringe minorities on both sides, such as those on the Left who are defacing — and in some cases destroying — pregnancy care centers. Something about which the president has remained deafeningly silent.

It is common for politicians to overstate, exaggerate, or speak thoughtlessly. President Trump said many outlandish things. President Obama said Syrian use of chemical weapons against its own people would be a “red line” that to cross would mean American military intervention. Chemical weapons were used. America did not intervene.

What is disturbing about the Biden administration is that his own senior people seem poised to “correct” the president at the drop of a hat. It’s not hard to picture edgy aides leaning toward the TVs outside the Oval Office, biting their lips and wondering, what’s the boss going to say next?!

Abraham Lincoln wrote that his “ability to keep my resolves when they are made” was the “chief gem of my character.” He understood that once a promise was made that to break it would lead not only to disappointment but distrust. So, when he took the presidential oath to “preserve, protect, and defend the Constitution of the United States,” this was, to him, not just a ceremonial exercise but a solemn commitment. Over the ensuing four years, the nation and the world would come to see that he meant it.

What, exactly, does our current president mean when he makes strident and dogmatic statements and then promptly allows his advisers to deny or qualify or reinterpret them? “If the trumpet gives an indistinct sound, who will get ready for battle?” Paul asked in I Corinthians 14:8. In the Biden White House, it's fair to ask who really controls the trumpet.