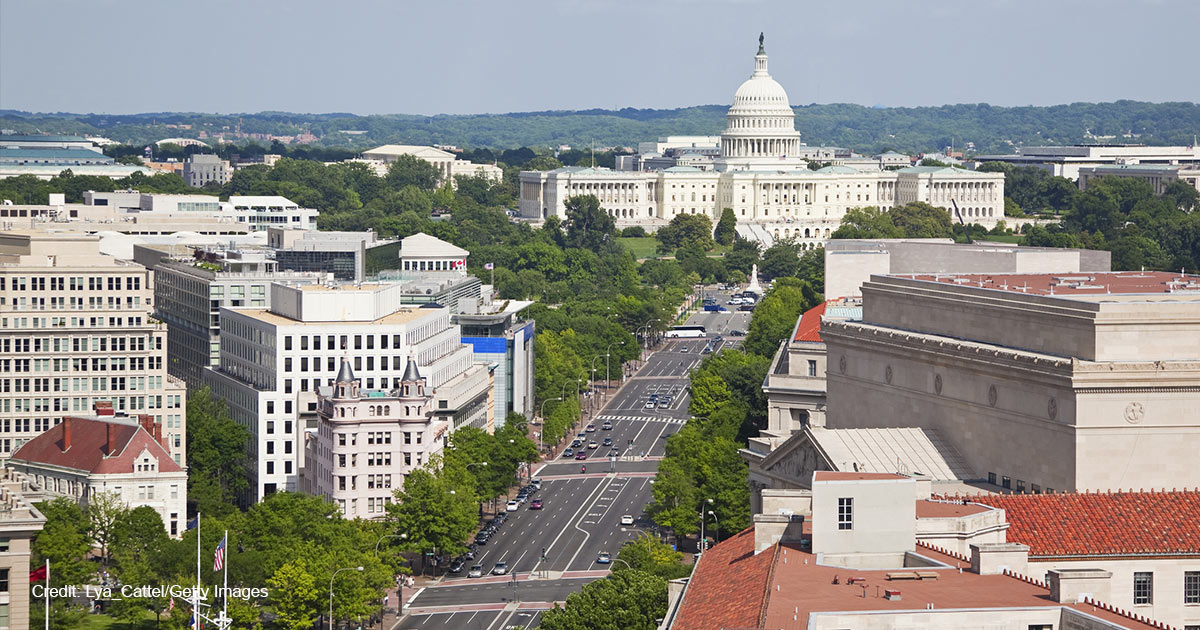 The D.C. Council on Tuesday voted 12-1 for a bill that would allow non-citizens, including illegal immigrants, to vote in local elections. Under the bill, the only requirements to vote in the District of Columbia are residency (30 days) and age (18 years on general election day) requirements. The initial vote came after the seven-member Committee on the Judiciary and Public Safety unanimously approved the measure the same day. To become a law, the bill must be voted on by the council, approved by the mayor, and wait for a 30-day Congressional review period.

The “Local Resident Voting Rights Act of 2021” would only allow non-citizens to vote in local, D.C. elections, even though federal law prohibits non-citizens from voting in federal elections. The committee report explained, “as introduced, the bill would have expanded the right to vote only to local permanent residents. For the reasons discussed below in this report, the Committee Print expands the bill’s provisions to include all non-citizen residents, and it does not distinguish between arbitrary immigration statuses.” The updated bill text modifying the “permanent resident” requirement has not been appeared online.

The only dissenter, Councilmember Mary Cheh, agreed with the bill in principle, but wanted a longer waiting period. “Fine, non-citizens should be able to vote in local elections. Whether you’re documented or undocumented. Fine. You should be treated the same,” she said. “I find it unacceptable to say that somebody who has had no connection at all with the United States, with its culture, its democracy, can be dropped off here reside for 30 days, and vote in a local election. What is wrong with asking they stay a little bit longer?”

Cheh was doubtless thinking of the busloads of migrants arriving in D.C. from the southern border. With no place to go and no connections in the city, they could stay in a homeless shelter for 30 days and then be eligible to vote. An unscrupulous outside agent could bus people to D.C. to interfere in its elections. After considering this objection, the rest of the council rejected it and approved the measure anyway.

“Our immigrant neighbors of all statuses participate, contribute, and care about our community and our city. They, like all D.C. residents, deserve the right to have a say in their government. … Yet they have no ability to elect local leaders,” said Councilmember Charles Allen.

Allen’s remark is a good representation of a universal (you could also say globalist) view of citizenship. This view considers where a person is, not where they are from. It universalizes rights of citizenship and self-determination, holding that a person should always be able to exercise these rights, no matter where they are. As a result, it diminishes the significance of belonging to a particular nation, and it considers laws regulating the entry into or official joining of another nation as irrelevant or, as stated above, “arbitrary.” If non-citizens can choose who holds office, then why can’t they also hold office as well? At that point, the class of “citizen” is no longer distinguished from non-citizens in any way. This universal view of citizenship found expression in the (early) French Revolution (for instance, the 1789 Declaration of the Rights of Man does not distinguish between “the rights of man” and the rights of a citizen).

The more traditional understanding of citizenship vests its rights and privileges in belonging to a particular political entity. Nowadays, we talk about citizens of particular nations, but, before there were nations as we know them today, citizens possessed special rights as members of particular cities — hence the name — whether in ancient Greece or medieval Europe. We see an early view of national citizenship in the 1688 English Bill of Rights, which sets forth “the rights and liberties of the subject” and makes no claims about the rights of all men universally. According to this view, a person’s rights as a citizen are tied to their belonging to a particular nation, which forms an inherent part of their identity. National citizenship enables men to form closer bonds with their compatriots and assigns to a particular government the duty to safeguard their rights and privileges.

America has always had a combination of these positions. For instance, the Declaration of Independence talks about certain “natural” rights which are, by implication, universal. But the Constitution specifies, “The Citizens of each State shall be entitled to all Privileges and Immunities of Citizens in the several States” — which both doesn’t make those rights universal and would be unnecessary if that was assumed. Specifically regarding citizenship, America has always maintained a national citizenship status, but it is far easier to become a naturalized American citizen than, say, a naturalized German citizen.

In other words, the debate over non-citizens voting shares a root with the globalism vs. nationalism divide, but it’s far more nuanced. On the one hand, citizens should “participate, contribute, and care” for their communities. It is a travesty that so many American citizens do not. When non-citizens do invest in their communities, then we hope they can be put on the path to citizenship. On the other hand, the time and labor required by the naturalization process ensures that naturalized citizens can demonstrate their commitment. Lowering the standards to citizenship and voting cheapens the status and the franchise. This is a disservice to all those immigrants who have worked hard to become American citizens.

Overall, however, enfranchising non-citizens in local elections raises far more issues than it solves. One such issue is reciprocity. In a utopia where all localities allowed non-citizens to vote, it might make sense. But in the world that actually exists, most nations and local jurisdictions only allow registered citizens to vote. For instance, an American soldier deployed in Kuwait can vote in American elections, but not in local Kuwaiti elections. If a Kuwaiti immigrant living in D.C. could vote in both local D.C. elections and Kuwaiti elections, then the D.C. law would prefer foreigners over American citizens — not to mention a violation of the one-person, one-vote principle.

Another issue is foreign influence in elections. Currently, any foreign influence must be indirect. But if non-citizens (that is, foreign citizens) can vote in elections, then they can directly influence our policies and officeholders. This problem is particularly acute in a diplomatic hub like Washington, D.C., with a high concentration of foreign nationals, employed by their government on official business. The D.C. bill would empower, for example, spies for the Chinese Communist Party operating out of the Chinese embassy to vote for the mayor of Washington, D.C., all the way down to neighborhood commissioner. This negative outcome is not the intention of the policy’s backers, but it will result from it all the same.

Prudent policymakers never elevate their ideological commitments above practical considerations. Those can cause significant harm who forsake the good in pursuit of the perfect. The D.C. Council’s desire to enfranchise immigrants who “participate, contribute, and care” has some merit. But the way to do so is for those desirable immigrants to become American citizens. Pursuing shortcuts to perfect representation will only cause more problems than it solves.