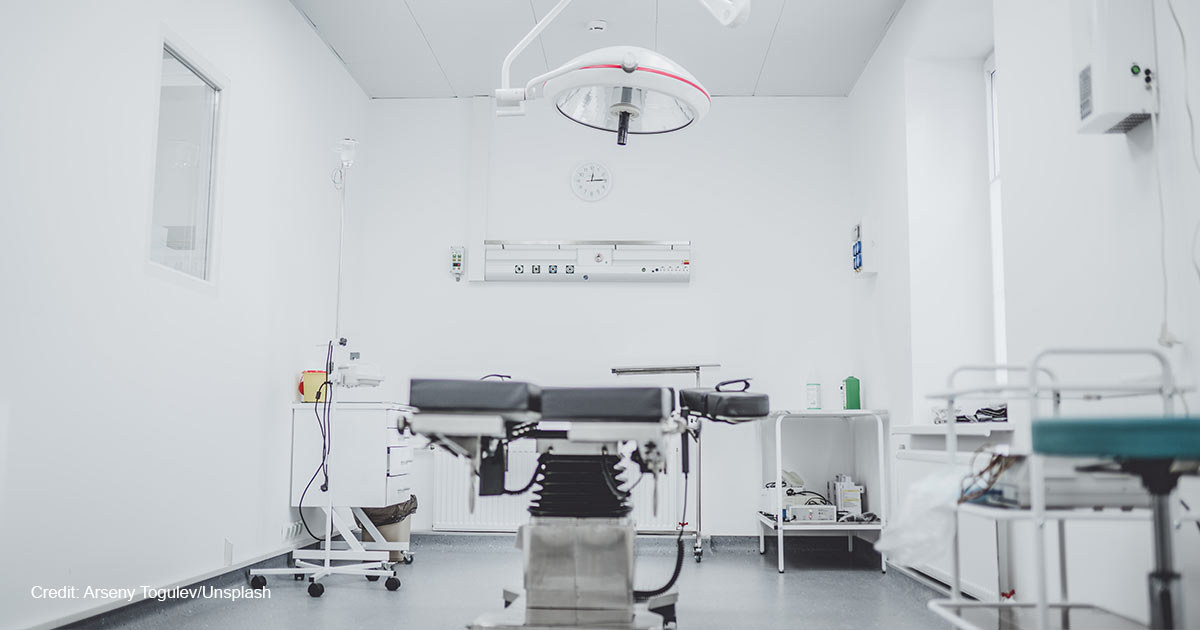 It was just a routine checkup, they thought. But when the couple sat down in the doctor’s office, they were stunned at what the pediatrician asked their three-year-old son. “… [T]he doctor comes in, and he sees my son sitting there at the table,” the dad posted on TikTok, “and the first question that he asks him is, ‘Are you a boy or are you a girl?’” The chart clearly says the child is a boy, and his parents were relieved to hear him affirm it. But the dad was rattled — and as far as he’s concerned, every other parent should be too.

“The rest of the appointment, I couldn’t even focus,” he explained on the video, “because I’m wondering why in the world this guy is asking the question. And then I remembered, ‘Oh yeah, I live in California.’” In Governor Gavin Newsom’s (D) state, three is plenty old enough for a child to decide their gender, medical professionals like Diane Ehrensaft insist. In fact, she brags, her San Francisco-based Benioff Children’s Hospital sees “children as young as two.”

That seems to echo the lunacy radiating out of the Boston Children’s Hospital, where one doctor is under fire for telling reporters that their Gender Center is “slightly flexible” when it comes to the age of genital mutilation. Dr. Oren Ganor is no stranger to controversy, having lobbied to make the hospital the first in the country to offer phalloplasty to minors. If that term is foreign to you, the hospital produced a series of cheerful, upbeat videos about the joys of a young girl’s hysterectomy. Unfortunately, no one can watch them, since — in the throes of this national controversy — the hospital conveniently deleted them.

Last week, The Post Millennial’s Christina Buttons helped blow the doors off the hospital’s radical agenda, which presents the permanent sterilization of children as routine as a tonsillectomy. Once she drew attention to the Center’s videos, which she calls “a rosy picture of the genital, chest, and face surgeries they offer,” the playlist mysteriously disappeared.

Libby Emmons, editor-in-chief of The Post Millennial, explained that Buttons’s investigation pulled the curtain back on a lot of sinister practices at Boston Children’s. “One, the doctors will perform what’s called a vaginoplasty on young males who are 17. To receive a phalloplasty, you have to be 18. To receive a double mastectomy, 15 is permissible.” And yet, Buttons uncovered that at least one of the Center’s leaders is willing to carry out surgeries on younger teens. “…[W]hen you start digging around, you find that there are definitely cases of 13-year-olds, 14-year-olds, 15-year-olds who undergo these voluntary double mastectomies.”

Incredibly, all of this is covered by insurance and the state’s Medicaid policy — meaning that Massachusetts’s taxpayers are now unwilling partners in the destruction of young healthy girls.

That matters little to these activist-doctors who shrug off concerns about teenagers getting double mastectomies —because, after all, “If you want breasts at a later stage in your life, you can go and get them.” “It’s actually rather shocking,” Emmons shudders. And worse, there’s no way to know how frequently these surgeries are being performed on teens, since there’s no formal policy on data collection.

Meanwhile, moms and dads are taking innocent trips to the pediatrician, where they might encounter someone who believes as Boston’s Jeremi Carswell does, that “A child will often know that they’re transgender from the moment that they have any ability to express themselves, and parents will often tell us this. We have parents who tell us that their kids knew from the minute they were born practically. And actions like refusing to get a haircut or standing to urinate or trying to stand to urinate, refusing to stand to urinate, trying on siblings clothing, playing with the quote ‘opposite gender,’ toys, things like that.”

Family Research Council’s Joseph Backholm, senior fellow for the Center for Biblical Worldview, could only shake his head. “One of the primary arguments of the feminist movement is that girls don’t have to play with a certain kind of toy. And here we have a doctor making the argument that if you play with a certain kind of toy, [it’s] evident that you aren’t a girl. And so, those are clearly contradictory messages.”

Emmons agreed, calling Carswell’s ideology “absolutely a horror.” “It’s literally everything the feminist movement was attempting to fight against when they were saying, ‘Hey, we’re women. That doesn’t mean we’re super feminine. We can exist however we want. If you look at kids who are now my age, when we were kids, we all wore overalls and played in the mud. And this was not at all unusual behavior for girls. It’s really, really shocking to see doctors claim that the way a child behaves and expresses themselves means that they are entirely uncomfortable in their bodies and need to be sterilized and never experience regular sexual function for their entire lives.”

Of course, Boston Children’s must have worried about Carswell’s statement going mainstream, because they scrapped that video too. “They know that this is absolutely unpalatable to most of the American public,” Emmons insisted. “They know that … for most parents to hear that if their daughter likes to play with trucks and their son likes to play with dolls, this means they should be sterilized is probably ridiculous … sounding.” And yet, families have “moved entirely across the country in order to engage in this butchery for their children under the belief that they are doing something right for their kids.”

Meanwhile, she says soberly, there are “young women in their twenties now using colostomy bags — with half of … the flesh of their arms cut off in order to make these false appendages that are not functioning in any conceivable way. The idea that we need to change our bodies to appear as the opposite sex in order to feel comfortable in our own skin is, I think, entirely anathema to the entire 20th century project.”