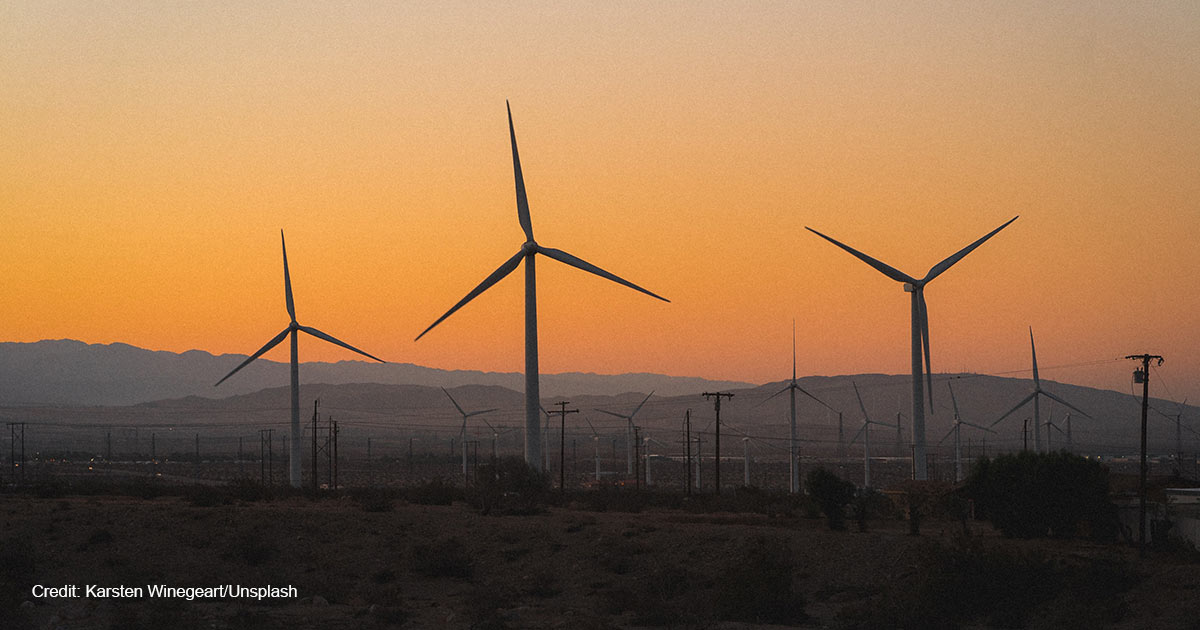 California Begs Residents for ‘Reduction in Energy Use’ During Heat Wave

California Governor Gavin Newsom (D) on Tuesday extended emergency measures implemented in late August to mitigate an extraordinary heat wave’s effect on the state’s energy grid. The National Weather Service forecasts “dangerously hot conditions” with temperatures into the triple digits likely to persist through Friday. “Many state buildings will power down lights and air conditioning beginning at 4:00 p.m. to save energy.” The emergency declaration “will allow power plants to generate additional electricity” and “permits use of backup generators.”

But that alone isn’t enough. “We need everyone — individuals, businesses, the state, and energy producers — to do their part in the coming days,” Newsom begged. “Californians’ action to conserve energy during the Flex Alert yesterday saved 1,000 megawatts of power,” said the governor’s office, but “we need an additional 2,000 megawatts of savings today given higher forecasts.” The California Independent System Operator put it more bluntly, “now we need a reduction in energy use that is two or three times greater than what we’ve seen so far.”

During a Flex Alert, California begs residents to reduce energy use during the peak hours of 4 p.m. to 9 p.m. Tuesday was the seventh-straight day under a Flex Alert. “Set thermostat to 78 degrees or higher, if health permits. Avoid using major appliances and charging electric vehicles. Turn off all unnecessary lights.” With a predicted record high 51,276 megawatts demanded from the energy grid, the operator also warned about potential “rotating power outages” due to the high demand. Already thousands of Californians have experienced these rolling outages.

California heat waves can be brutal. I know. Once in grad school, my roommates and I tried to turn on the air conditioning on a sultry night where the air was nearly body temperature — to discover it was broken. Unable to sleep at home, I drove to a marginally cooler spot by the ocean and slept in my car. Not everyone has that flexibility, and so they need air conditioning.

But a broken electricity grid poses a much graver problem than a broken A/C unit, and it’s a problem to many more people. This prolonged heat wave has demonstrated that California’s electric grid is broken. The state’s backup strategy seems to be buying power from neighboring states, but the heat wave is affecting those states too, meaning they have none to sell. “The prolonged drought has also greatly reduced the state’s ability to generate hydroelectric power,” explained the governor’s office. Multiple factors are damaging the state’s ability to supply power, just as its demand peaks.

Oh, if only there were sources of reliable power generation that could operate safely in any conditions, with little chance of shutting down! In fact, there are such sources of energy (coal, natural gas, nuclear), and California’s ruling party hates them. “California has aggressively shut down more reliable nuclear, coal, and natural-gas power plants to boost demand for solar and wind farms, which naturally stop working later in the day just as electricity demand tends to peak,” wrote Andrew Follett in National Review. After shutting down fossil fuel power generation, Newsom is now restarting some projects he shut down, in order to meet demand.

California’s current crisis is entirely unnecessary — and predictable. In May, the North American Electric Reliability Corporation (NERC) predicted in its 2022 Summer Reliability Assessment that two-thirds of the U.S. could experience blackouts this summer. In one sense, we should be glad the blackouts haven’t been more widespread than they are. In response, the editorial board of The Wall Street Journal remarked, “The forced transition to green energy is distorting energy markets and destabilizing the grid.”

But Newsom thought his green energy policies weren’t the culprit at all. “This is just the latest reminder of how real the climate crisis is,” he said. “This reinforces the need for urgent action to end our dependence on fossil fuels.” In other words, he’s calling for more reliance on green energy — the same governor who is asking residents not to charge electric vehicles in the evening — during peak hours of electricity demand.

The disconnect reveals two different philosophies of government, one could almost describe it as two separate worldviews. The crucial distinction is over the answer to the question: Should policymakers make decisions based upon prudential concerns, or based on ideological ones? This distinction provokes decisionmakers to prioritize different questions. So, NERC analysts sought to answer questions like, how much electricity would consumers demand under peak conditions? And can the current grid produce that much electricity? Meanwhile, climate ideologues in the Newsom administration asked, how can we minimize or eliminate greenhouse gas emissions in the state of California? Whether the grid could support consumer demand was only a secondary consideration.

Well-intentioned green energy policies are running into problems all over the place. Last winter, Texas experienced major blackouts as frigid temperatures froze windmills. This summer, sweltering temperatures in the U.K. were “too hot” for solar panels. A major European bank has predicted Germans will have to return to the pre-industrial practice of heating their homes with wood this winter.

An inconvenient feature of electricity production is that it can’t be stockpiled in a warehouse for later use; it must be produced as it is needed. (Technically, batteries provide a way to stockpile electricity, but it’s currently not cost-effective to do so on a large scale, and the necessary raw materials are scarce). Daily home electricity consumption is highest in the evenings, when people get home and turn on lights and screens. Yearly home electricity consumption is highest when outside temperatures grow uncomfortably hot or cold, and climate control systems have to work harder to regulate the temperature. So, we need to produce the most energy in the evenings, and during the hottest and coldest times of the year. Unfortunately, wind and solar are not particularly reliable means of producing energy at these times. As numerous examples show, they sometimes malfunction in extreme temperatures. They also have natural limits: solar panels can’t generate electricity at night, and windmills can’t generate electricity without a breeze.

That’s not to say that we should abandon renewable energy technologies. The technologies have come far in recent decades and will likely continue to improve. But it does mean they may never be capable of bearing the brunt of our electricity production, and they certainly aren’t ready for prime time. “It works great unless it’s too hot, or too cold, or there’s a hurricane, or it’s nighttime” may be a fine endorsement for a K9 detective, but it’s hardly acceptable for an electrical grid.