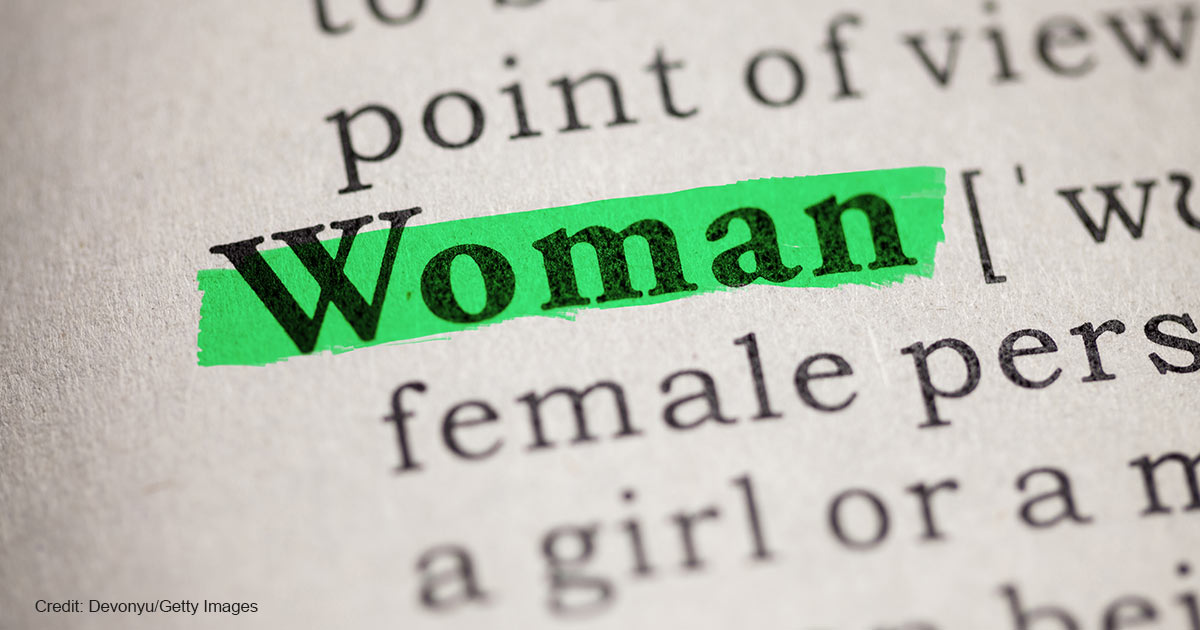 After 813 years, the second-oldest English-speaking university has reinvented itself as an institution devoted to un-learning. Users of the Cambridge Advanced Learner’s Dictionary awoke this week to find that the dictionary had added strange definitions of “man” and “woman” to appease transgender ideologues.

Cambridge is mimicking the wokeness of other dictionaries like Merriam-Webster, which added a definition of “female” as “having a gender identity that is the opposite of male” in July 2022. The dictionary modifications followed closely on the nomination hearings of Associate Supreme Court Justice Ketanji Brown Jackson, who infamously refused to answer the question, “What is a woman?” by irrelevantly pointing out that she is not a biologist. Merriam-Webster was happy to provide cover to Brown Jackson by changing the definition of “female.” But when they did so, it put pressure on other dictionaries to make similar changes.

The strangest part about the Cambridge Dictionary change is that it chose to add a whole new definition. Thus, it implied a new use to the word, distinct from that described by “an adult female human being.” A person cannot become something he is not — heir to the British crown, an extraterrestrial lifeform, or six inches taller — simply because he “lives and identifies as” such. In fact, the definition all but admits to describing a non-female in the words “different sex.” Despite their best efforts, Cambridge cannot erase the fact that they now define men as women.

The last part of Cambridge’s contrived definition — “may have been said to have a different sex at birth” — deserves special ridicule, because normal people don’t and shouldn’t talk this way. Proper editing would pare these 11 words to two: “[though he] is male.” What is “a different sex” from female? Well, there are only two, so the process of elimination leaves us with “male.” How is a person “said to have” a certain sex? By corresponding physical characteristics, well-known to doctor and layman alike. These people say a person has a certain sex because they recognize that the person “is” that sex, and it is a truth so self-evident there is no point in lying. A person’s biological sex cannot change over time, so “at birth” can be struck as redundant. The conditional construction “may have been” is also redundant because another definition covers females.

Alas, the powerbrokers of our Era of Insanity deny that there are two sexes, that the sexes have corresponding physical characteristics, and that sex cannot change over time. So, such confused definitions are only what our culture deserves.

Cambridge’s new definition of “woman” is not a definition so much as propaganda. To “define” means “to explain and describe the meaning and exact limits of something,” per the Cambridge Dictionary. Its old definition of woman, “an adult female human being,” fulfilled this objective admirably. Every word except the article adds to the meaning by setting limits as to what “woman” does not mean. The word “woman” does not refer to non-adults, non-females, non-humans, or non-beings. How simple is that?

Cambridge Dictionary’s heterodox re-definition threatens its own purpose for existence. What is the point of a dictionary if definitions are unfixed, if words can mean everything and nothing at any given moment, if a passing emotion supersedes the authority of a printed and published volume? Or, alternatively, what is the point of a dictionary that doesn’t understand the fixed meaning of words? What use can it possibly serve to anyone?