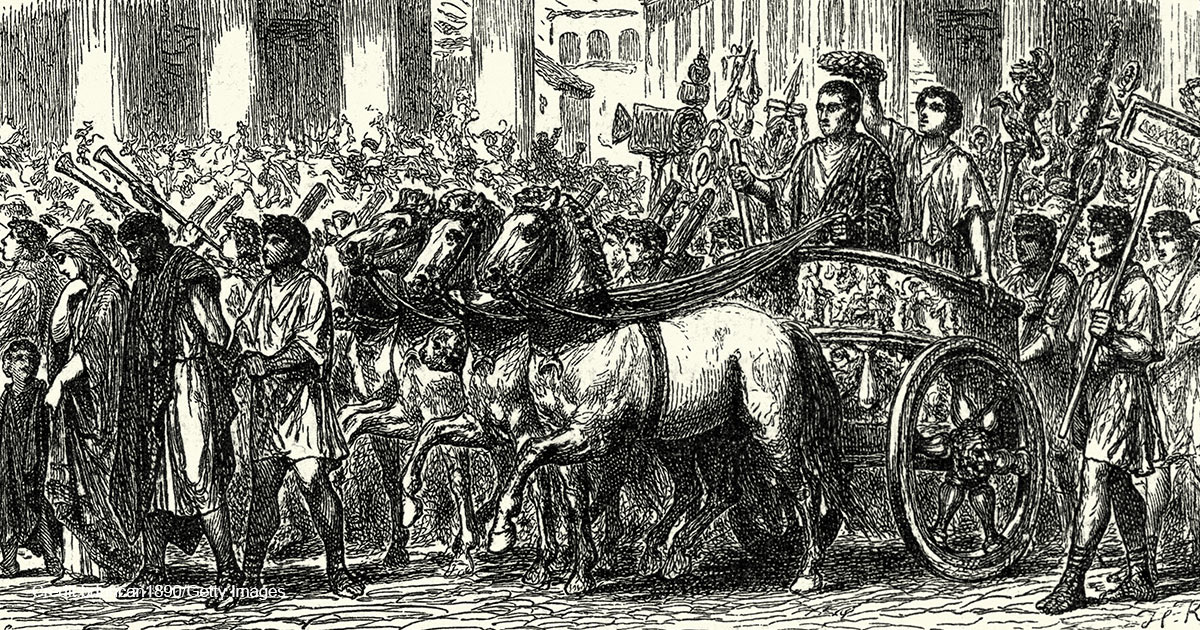 Captives of a Loving Conqueror

Since the earliest days of the church, false teachers have preyed upon the ill-informed, the impressionable, and the immature. Whether for financial gain or the intoxication of power or because of their own spiritual blindness, those who misrepresent the true Gospel of Jesus Christ are legion.

Examples abound. Think of David Koresh and the “Branch Davidians.” Think of the many cults that profess “authentic” Christian faith but deny the full Godhood of Christ or in some way diminish His complete payment for our sins on the cross. Or perhaps those who, in Jesus’s Name, splatter our television screens with promises of health and wealth — for a small donation.

Paul the apostle wrote about this phenomenon to the church in Colossae. In the early 60s AD, Colossae was a well-known trade center, the destination of merchants from around what is today western Turkey and regions to the east. It’s why Paul warned against the occultic worship of angels and cautioned the Colossian believers against adding Jewish ritual and legalistic, self-punishing practices to their faith (Colossians 2:16-23).

As one theologian has written, “The Colossian church faced teachers who developed a heresy that combined elements of Judaism, Christianity, and paganism. These teachers imposed certain ascetic practices and other rules they created on their followers as marks of true salvation.”

Sound familiar? The believing church is constantly being attacked by people who would dilute, distort, and destroy the good news about the one true Lord and Savior. Consider:

** Some denominations are leery of proclaiming what Jesus and His disciples did, that He is the only way to God. For example, according to the former presiding bishop of the American Episcopal Church, “We who practice the Christian tradition understand (Jesus) as our vehicle to the divine. But for us to assume that God could not act in other ways is, I think, to put God in an awfully small box.” This is a tremendous error, but it’s not new. It’s why Peter proclaimed within weeks, perhaps days, of Jesus’s ascension, “Nor is there salvation in any other, for there is no other name under heaven given among men by which we must be saved” (Acts 4:12).

** Or how about the bodily resurrection of Jesus? The late and highly influential (among liberal Protestants) theologian Marcus Borg famously said, “I do believe in the resurrection of Jesus. I’m just skeptical that it involved anything happening to his corpse.” This so obviously violates the biblical teaching about Jesus’s physical resurrection that it hardly merits refutation. But again, this assertion isn’t new. The early Christians had to refute it, just as do we. “If Christ has not been raised,” Paul writes, “then our preaching is in vain and your faith is in vain” (I Corinthians 15:14).

False teaching about Christ is as ancient as the ruins of the Roman Colosseum. It’s why Paul’s charge to the Colossians rings true today: “See to it that no one takes you captive through hollow and deceptive philosophy” (2:8). The word “captive” used here connotes, in Greek, the idea of being plundered, of being carried off as spoil.

Yet there is a kind of captivity followers of Jesus gladly accept. “But thanks be to God, Who always leads us in triumphal procession in Christ,” Paul writes in II Corinthians 2:14. The apostle here borrows from the image of a Roman military parade. As described by historian Mark Cartwright, “A Roman triumph was a spectacular celebration parade held in the ancient city of Rome for a military commander who had won an important victory on the battlefield.” In the procession would be defeated “enemy leaders themselves, with their relatives and other captives.”

What Paul is telling the Corinthians — and us — is that we are prisoners of spiritual war who are being displayed publicly in a public procession. We are placed on display as evidence of our Conqueror’s victory. The difference, however, is profound: Having been delivered from slavery to sin and death, our great Captor now displays to all the universe that He has reclaimed us and made us His own. And His is an ownership of love and hope.

Using the same metaphor, Paul teaches the Colossians that Christ has also triumphed over Satan and his demonic hosts. “He disarmed the rulers and authorities and put them to open shame, by triumphing over them in him” (2:15). The forces of cosmic evil are bound for a slavery not to a gracious king but a wrathful judge.

So, stand for truth. Don’t be surprised by false teaching. Watch out for spiritual predators. Hold fast to the Word of life. Make disciples. “Be steadfast, immovable, always abounding in the work of the Lord, knowing that your labor in the Lord is not in vain” (I Corinthians 15:58). After all, the battle has already been won.