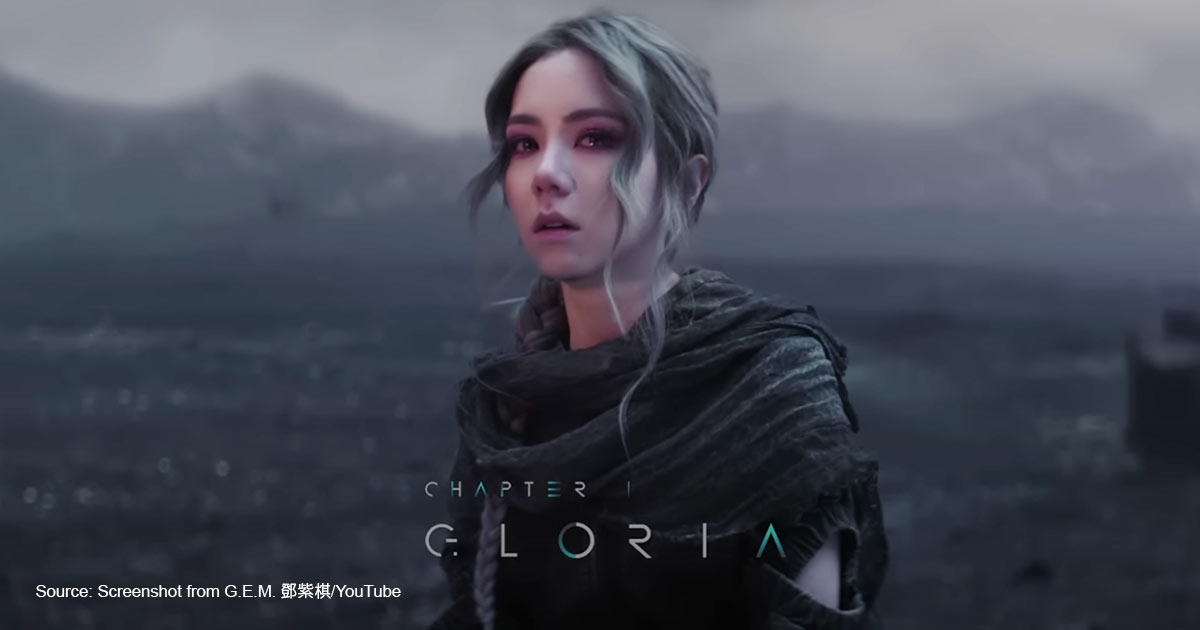 Deng Ziqi, better known to her millions of fans by her stage name G.E.M., is soon to release a new album titled “Revelation.” Yet, her new single has not only her fans, but Chinese Christians, feeling excited.

Born in Shanghai, China, G.E.M. moved to Hong Kong at the age of four, where she attended Christian schools. Her musical talent became apparent at a young age, and she sang on a Hong Kong television station at eight years old. At 16, she signed her first recording deal in Hong Kong. Yet, it wasn’t until she participated in the Chinese singing competition show “I Am a Singer” that she gained widespread popularity in mainland China. She has been dubbed “China’s Taylor Swift” due to similarities in their career paths and the fact that they each write their own music.

G.E.M.’s new single “Gloria” and the accompanying music video was released last week, and it is breaking norms in the Chinese music industry with its distinctly Christian themes.

In a video posted to social media in which she explains the meaning of the song, G.E.M. recounts a time she was praying in the shower as she wept. It was then that she sensed that God was calling out to her, and she finally felt that the turbulent storm raging inside of her was calmed in an instant and she truly felt loved and at peace.

The music video for “Gloria” depicts a somber and dark setting in which G.E.M. is walking through a wilderness area and reaches a neon sign with the words “Welcome to Afterland” written in English. But the false hope offered by the artificial paradise provided only disappointment, and G.E.M. kept searching.

The lyrics describe hearing a voice gently say “… There’s no fear in love … My love has stayed and will never depart ... I am love, and love is patient.” Touched by the realization, G.E.M. falls to her knees in shallow water, surrendering as she weeps. Suddenly the waters part, bringing in imagery from the Old Testament when God parts the waters to make a way for the Israelites to head to freedom. In the music video, the parting waters make way for her to walk towards a door, from which a shining light is emanating. The lyrics that accompany the moment are “I am waiting, waiting for you to come back …”

The song is not a theological teaching, but it represents how G.E.M. finds hope in Christ. For Chinese Christians, that speaks volumes. Christianity Today quoted Jiang Shaolong, a pastor based in Chicago, about its significance. He said, “There are commercial and political risks in today’s China for a Christian artist to testify her faith publicly … Although [G.E.M.] has participated in a wide variety of popular TV shows that can reach hundreds of millions of audiences, it is impossible for her to be given any opportunity to openly witness her Christian faith on those shows. She knew that expressing her Christian faith in the song may cause her to lose fans or be critically attacked, but she was determined to speak out using her music.”

It is unusual that a Chinese music artist would reveal their faith through their music. G.E.M.’s decision to do so is turning heads among Chinese Christians and earning admiration from many.

The Chinese government censors music and other entertainment that could be considered a threat to China’s stability. Artists release music knowing that it will come under government scrutiny. G.E.M. herself has even been added to a government list of “strictly controlled” persons over a public statement she made about praying for Hong Kong during pro-democracy protests in 2014.

G.E.M. is using her platform — even in a tightly repressed society — to share her story through art and honor the God who saved her. She says that it is her mission in life to be “salt and light.” In Communist China, that takes an extra dose of courage.