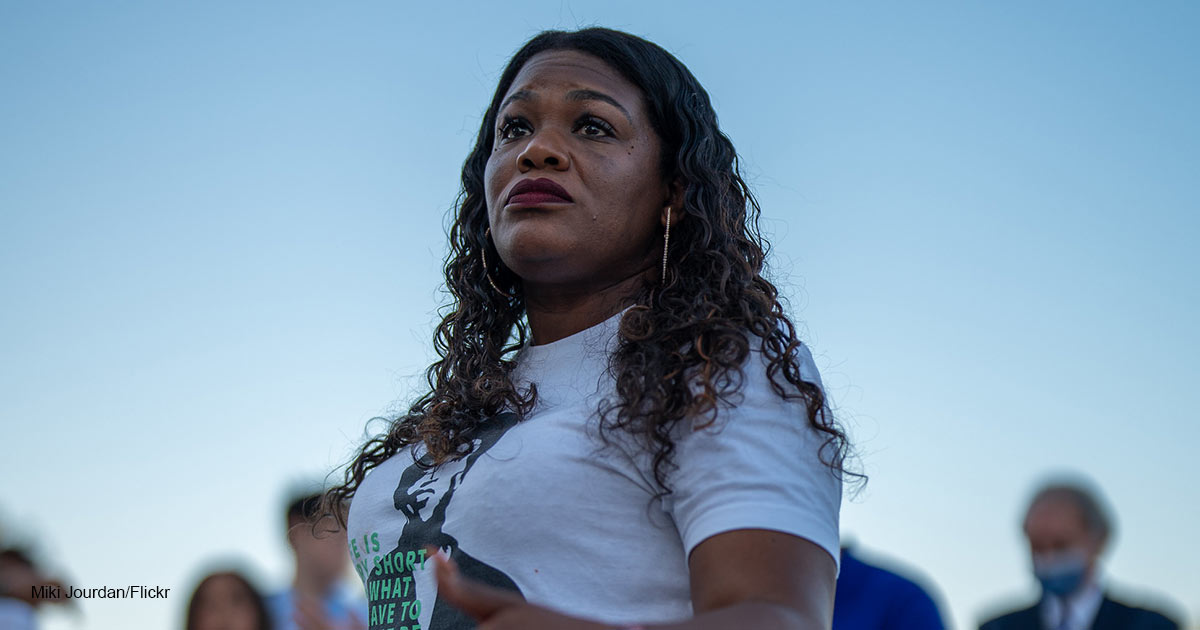 There is perhaps no foot soldier more faithful to the abortion lobby than Rep. Cori Bush (D-Mo.). Bush uses her congressional platform to advocate for repealing the Hyde Amendment and codifying Roe v. Wade — in other words, she supports legalizing abortion on demand until the moment of birth, funded by taxpayer dollars. Right now, the pinned tweet on Bush’s Twitter reads, “People everywhere need to know that Dems are the pro-human rights, pro-bodily autonomy, pro-reproductive justice party fighting to protect our fundamental rights!”

Yet, despite all of her persistent pro-abortion advocacy, Bush herself has been profoundly harmed by the exploitative and racist tendencies built into the very bones of the abortion industry — racism that some commentators might even dare call systemic.

In a deeply vulnerable interview with PBS last week, Bush detailed how she changed her mind about having an abortion when she was 19 years old. The abortion facility worker, however, ignored Bush’s assertion that she no longer wished to follow through with the procedure.

Bush shared, “And, so I remember laying there looking to see if there was someone else in the room that would listen to me. … And I’m saying, ‘No,’ but it was too late, because you couldn’t stop once it started.”

This tragic story was, unfortunately, not the first time that Bush experienced racial prejudice at the hands of the abortion industry. In September 2021, Bush shared for the first time publicly about her first abortion at the age of 17, which took placed after she was sexually assaulted on a trip with her church.

In the waiting room of the abortion facility, Bush recalled the workers discussing the only other black girl who was there for an abortion; “I overheard the clinic staff talking about her, saying she had ruined her life, and that’s what ‘they’ do — ‘they’ being black girls like us.” The counselor at the abortion facility urged Bush to undergo an abortion, or else face a future of food stamps and welfare. Bush remembered, “I was being talked to like trash, and it worsened my shame.”

Bush is not alone in her experience of racial discrimination at the hands of the abortion industry. Manipulating and demeaning minority women is the lifeblood of the abortion industry — which explains why Planned Parenthood intentionally locates its abortion facilities within walking distance of minority neighborhoods. Though only 13% of American women are black, 38% of all abortions in America are committed on black women. The pro-life movement has long decried the abortion industry’s eugenic roots and consistent targeting of black babies.

But make no mistake — Cori Bush’s story is not one for us to point at in triumph and say, “Look, we were right!” There can be no real triumph in a story that ends with two children killed and the sanctity of a woman’s body desecrated.

Cori Bush deserved justice for the sexual assault that she suffered as a young girl; she deserved to know that her parents wouldn’t kick her out of the house for being pregnant. She deserved informed consent about the psychological anguish that her abortion would cause her and information about the opportunity to place her child for adoption. She deserved to have her voice heard when she said that she had changed her mind.

But what she got was two abortions and a lifetime of pain. This is the cycle of exploitation and suffering that America accepted for nearly 50 years — the deep harms perpetrated by a society that accepted the abortion industry as the arbiter of care for poor and minority women.

Legal abortion has done nothing to repair or address the real problems that women in America face. How long will innocent unborn children be forced to bear the misplaced blame that belongs with rapist fathers, unsupportive parents, and an industry that has targeted the children of minority women?

It is difficult to comprehend the pain and suffering that Cori Bush has gone through at the hands of an exploitative industry that took the lives of two of her children, even against her will. Her courage in sharing her story should be commended. Let us pray that, even if she never changes her mind, there will one day be justice for her and for her children when the abortion industry falls.