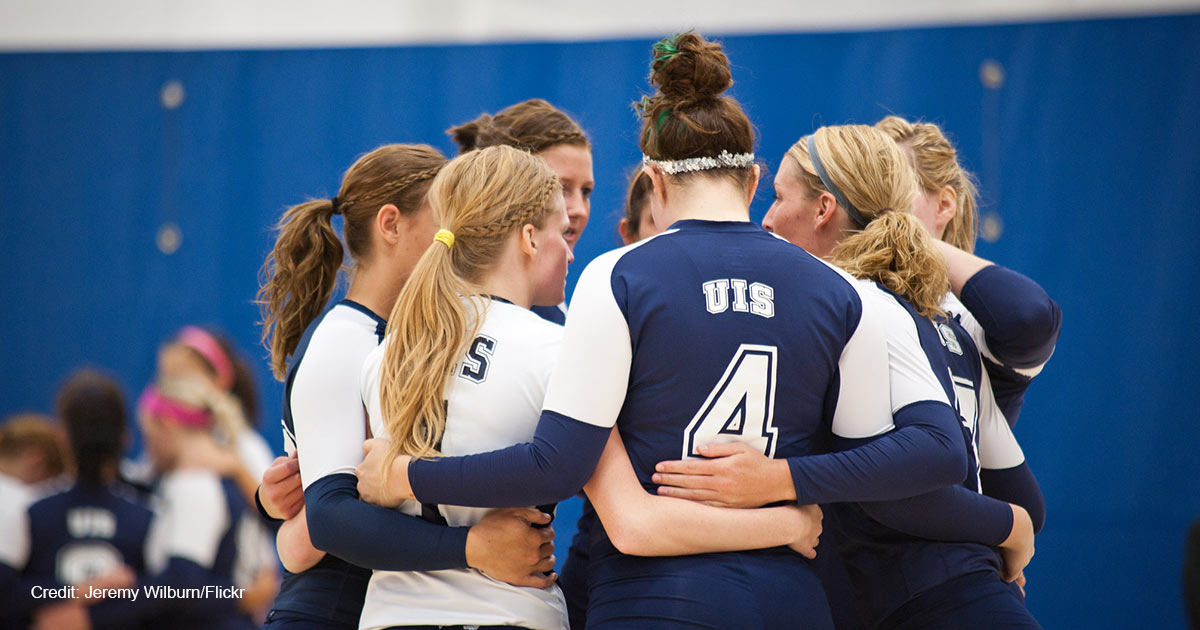 The article quotes one Power Five coach from a pro-life state as saying, “If a young woman is in a moment of crisis, that is when they need to know they can rely on us. The ruling doesn’t change that it’s our job to support and serve these young women — it’s just made it a lot more challenging.”

The article goes on to note that the NCAA has a Student Assistance Fund that covers unexpected costs for student athletes, which, “in theory, could help a student obtain an abortion out of state.”

Unfortunately, this version of “support” isn’t uncommon in athletics. As ESPN describes, many female athletes know their university is likely to stop supporting them if they become pregnant. In fact, a group of 500 female athletes filed an amicus brief in Dobbs v. Jackson Women’s Health Organization — the Supreme Court case that overturned Roe v. Wade — arguing that an unborn child’s right to life is a serious threat to the hard-fought progress made in women’s sports.

The brief detailed the strides women have made in sports over the last 50 years. Prior to 1972, fewer than 500,000 girls participated in high school athletics, women’s teams wore men’s discarded uniforms, and college sports either lacked sufficient funding or didn’t exist. In 1972, thanks to the determination of countless women, all of that changed. Title IX passed, and — protected from discrimination — women’s sports began to flourish.

Since 1972, the number of girls participating in sports has risen from 4% to 40%. In 2021, as the brief notes, women won nearly 60% of Team USA’s 113 medals. And more importantly, as a result of participating in sports, girls developed more confidence, higher self-esteem, and better body image, leading them to become successful academically, socially, and professionally.

Title IX allowed women into the world of sports. Its message was, “men and women are equal and should have equal opportunities.” Roe v. Wade, which was decided one year later, added a contingency clause to this message that gave sports and society an out in the name of a constitutional “right.” As the result of Roe, only women who did not bear children were universally afforded equal opportunities.

For male athletes, who are equally responsible for the unborn child’s life but cannot get pregnant, the Roe decision posed little threat. But for women, who are uniquely created by God with the capacity to grow and nurture a human being, this ruling had devastating consequences. It placed women at odds with their children — making children the enemy of success instead of its companion.

Sadly, as evidenced by the USA Today article, the Roe mindset will take more than a Supreme Court decision to reverse. The USA Today article points out that college athletes have had — and, it claims, will continue to have — abortions. In the same vein, the 500 athletes who submitted the Dobbs amicus brief reference an Olympic track athlete who, after revealing she’d had an abortion prior to competing, stated, “Most of the women I knew in my sport have had at least one abortion.”

They forgot to add that she also said, “In that moment, it seemed like I had no choice at all,” and went on to say, “I made a decision that broke me.”

This is Roe’s legacy. This is abortion’s legacy — breaking women rather than empowering them. Roe created an environment where a mother eliminating her child is an option, and a female athlete’s scholarship, career, and livelihood are weighed against the life of her unborn child.

Every glass ceiling that Title IX shattered, Roe rebuilt by enabling the world of sports to discriminate against women for, well, being women. And now, with Roe gone and America existing in a new Dobbs world in which some states protect unborn children, some coaches are looking to the NCAA to add reinforcements to that ceiling. Instead of telling little girls — future athletes — “You can do anything!” they are sending the message, “You can do anything … as long as you don’t have children.”

There are, however, other options. America could recognize that, unlike men, women have the ability to nurture and sustain a life within them. And yes, this changes the way women approach and participate in all aspects of life — including sports. Instead of working to eliminate this fundamental difference between men and women, America could work to create a world of sports that makes space for motherhood, that recognizes female athletes can compete during and after pregnancy, and that values — and even celebrates — women in their totality, which includes their capacity to be mothers.

And in the meantime, Americans should realize that no matter how great it is to finally make the team or win the trophy, some things in life are far better than winning a game, and one of them is being a mom.