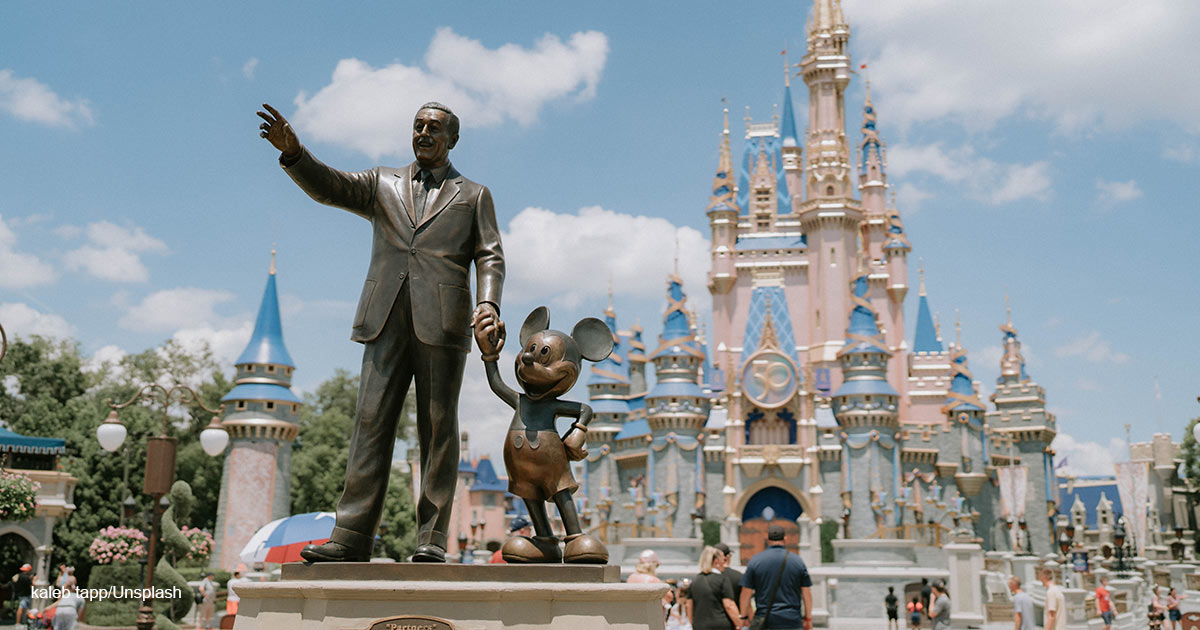 Demoralized Disney Yields to Florida behind the Scenes

Disney might have escaped Hurricane Ian, but it can’t say the same about the storm that blew through in March. Teams are still working around the clock to try to clean up the damage done by the company’s clash with Florida Republicans — most of it, a new report suggests, behind the scenes. While CEO Bob Chapek brags that he “stood firm” during the showdown over the state’s parental rights law, local officials say that privately, Disney is eating plenty of humble pie.

Chapek’s bravado is quite a contrast to what Florida leaders are witnessing away from the public eye. Walt’s empire, after all, didn’t just suffer humiliation at the hands of Governor Ron DeSantis (R) — but also the loss of its prized possession, the Reedy Creek Improvement District. In April, as punishment for demagoguing the popular bill, Republicans took a pound of flesh, pulling the plug on a sweetheart deal that’s allowed Disney to run its 38-square mile compound with absolute autonomy. Now, for the first time in a half-century, the company stands to lose its cherished exemptions on everything from zoning laws to corporate taxes.

Although Reedy Creek’s special status isn’t scheduled to dissolve until next year, Disney representatives are doing everything they can to get back into Florida’s good graces. In a lengthy feature article for “Variety,” reporter Gene Maddaus takes readers inside “a weakened Disney’s” desperate hopes to “limit the damage.”

For his part, DeSantis has been resolute. “If you’re going to commit yourself to wanting gender ideology in elementary school, we’re not going to hold you up on a pedestal any longer,” he said recently. “Disney is no longer going to have its own government. They’re going to live under the same laws as everybody else. And they are going to pay their fair share of taxes in the state of Florida.”

When the governor lowered the boom, stripping Disney of its independence, people on both sides scrambled to figure out next steps. Two weeks after the announcement, Maddaus explains, Florida officials were sitting across the table from leaders at Reedy Creek, getting up to speed on the district’s “54-megawatt power plant, 65 miles of canals, various roads and pedestrian bridges, and a fire department that handles 35,000 calls a year …” Desperate to work out a compromise, the company asked how it could save its cozy arrangement. The answer, Chapek is finding out, might be more painful than anyone imagined.

After wading through public records and interviewing the head of Florida’s bond finance division, Ben Watkins, Maddaus says a plan has been hatched to rein in some of Disney’s power and give it to the state. Instead of letting the company operate without oversight, Florida would appoint its own people “to sit alongside Disney’s representatives on the district’s governing board.” After years of being accountable to no one, Disney would have to forfeit control to keep Reedy Creek operational — a concession that would have been inconceivable even a year ago.

But, as Variety points out, the company has little choice. “Disney has clearly been weakened by the fight while DeSantis’s profile as a culture warrior has only grown.” The message, since the governor’s decision to abolish Reedy Creedy Creek, has been clear: “DeSantis — not Disney — is in charge.” At this point, if Chapek’s doesn’t bend, Disney might break.

Even Disney’s allies sense the shift, pointing out that the company has been unusually silent on state politics lately. Mike Kahane, who organized a protest at Disney World in March, agreed the company had “gone quiet.” “I would speculate it has something to do with them trying to work out this bigger issue, which could have huge economic consequences to them.”

Meanwhile, for all of the theories that the governor’s move “would blow up in his face,” Maddaus points out, “none of those scenarios is likely to come to pass …” And realistically, the game has changed. The days of Disney buying influence with Republicans — or threatening them into submission — are over. Besides, “DeSantis doesn’t need their money,” Peter Schorsch, the publisher of Florida Politics, pointed out. When Big Business became woke, the GOP learned how to live without corporate donations. “…[T]he lobbying doesn’t matter as much anymore.”

If the strategy was to outlast DeSantis, it’s not going to work, Schorsch warns. That’s bad news for Chapek, whose contract was just extended through 2025. Ironically, the Florida governor is also on the verge of a “contract extension” November 8, setting the two up for an interesting rivalry in the years ahead. Judging by the last six months, it won’t be much of a contest. In the proxy fight between Big Business and the GOP, DeSantis lacks the one thing Democrats would need to succeed: fear.