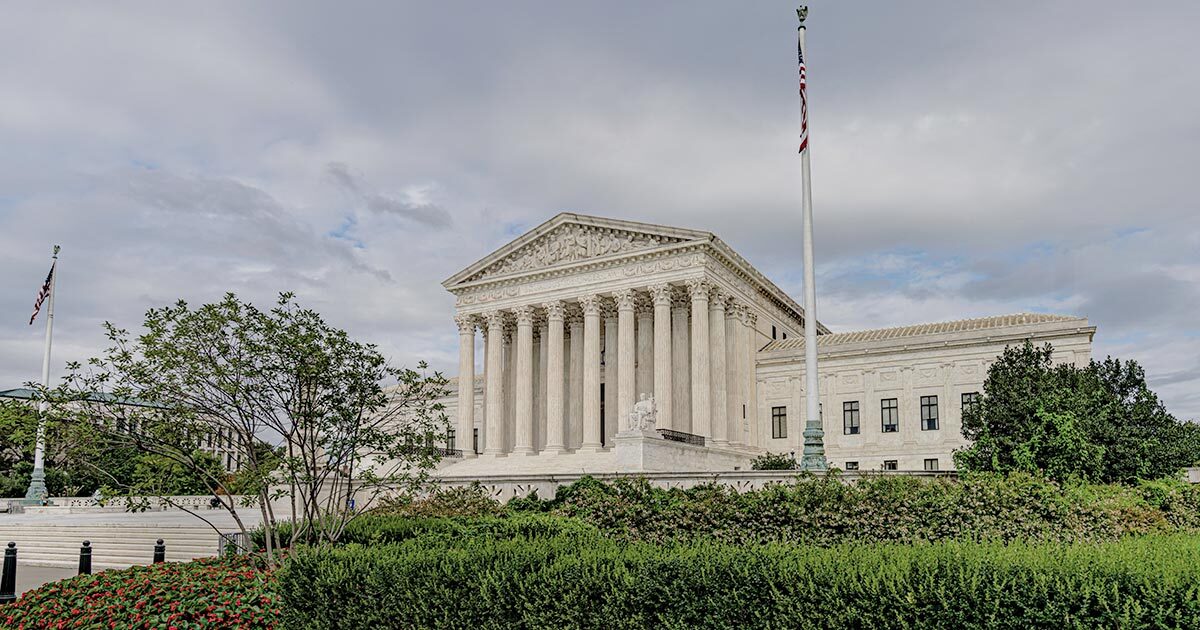 Dobbs Was No Outlier: 8 More Reasons to be Thankful for SCOTUS

Pro-lifers rejoiced and progressives raged on June 24 when, in Dobbs v. Jackson Women’s Health, the Supreme Court overturned Roe v. Wade and Planned Parenthood v. Casey. It had been a long time coming. In fact, the movement began decades before I was born. For 49 years, pro-lifers had demonstrated, strategized, voted, and persuaded until the Supreme Court’s unjust 1973 decision, which usurped power over abortion from the states, was finally struck down.

But in the process of building a legal, political, and cultural movement that would ultimately defeat Roe v. Wade, pro-lifers achieved something else as well: a court that would adhere to the Constitution.

The court’s new character was evident in its recent religious liberty cases:

Even one or two such cases would make the Supreme Court’s October 2021-June 2022 term a consequential one. But the number of major, precedent-setting decisions issued by the Supreme Court this term was downright historic. Nor did the results signal a divided court that was only one heartbeat away from reversing itself. Each of the decisions listed above was 6-3, with the exception of Dobbs (five justices signed the opinion overruling Roe and Casey, while Chief Justice John Roberts only concurred in the judgement for Mississippi’s law) and Shurtleff (which was unanimous).

The Supreme Court has boldly persevered in the face of unprecedented public pressure and intimidation — which is not something we have come to expect from the Supreme Court. Three members of the court’s new constitutional majority — Thomas, Kavanaugh, and Barrett — survived character assassination attempts during their confirmation hearings (two of them, recently). Thomas has endured another, coordinated campaign to discredit him through his wife. Kavanaugh survived a literal assassination attempt. Never before has a draft opinion been leaked to the press (by the way, how long is that investigation going to take?), and never before have the justices’ home addresses been leaked online, so that protestors could march through their neighborhoods daily. Instead of offering support for the court, congressional leaders and law enforcement officials encouraged the illegal intimidation.

Now that the Supreme Court has recessed for the summer, and Independence Day approaches, their most recent term gives Americans much to be thankful for. Here are three takeaways:

1. The Supreme Court’s recent developments are an answer to prayer.

Yes, for half a century, pro-lifers have been praying for an end to the court-imposed abortion regime. But many Christians also pray regularly “for kings and all who are in high positions, that we may lead a peaceful and quiet life, godly and dignified in every way,” in accordance with 1 Timothy 2:2. That includes praying for judges and justices, that they would judge justly (Proverbs 29:4), according to law and not their own personal whims. The Supreme Court is now robustly upholding America’s most supreme law, the Constitution, against all comers. For their integrity, we should thank God, who answers prayer.

2. The Supreme Court’s resurgence demonstrates the resilience of the American system of government.

For decades, many Americans viewed the court (with some reason) as just another institution that had been captured by the Left, and only served to undermine our constitutional order. Now, while the executive branch has become a bloated bureaucracy and Congress seems powerless over the purse, the Supreme Court has once again emerged as a bulwark of liberty and constitutional order. That old manuscript, handwritten in 1787, isn’t dead yet.

“The benefits of the integrity and moderation of the judiciary have already been felt in more states than one; and though they may have displeased those whose sinister expectations they may have disappointed, they must have commanded the esteem and applause of all the virtuous and disinterested.” Those words could have been written this week, but they were written by Alexander Hamilton, as part of Federalist 78.

Powers are balanced among legislative, executive, and judicial branches, each sworn to uphold the Constitution, and each branch has ways to check the others. The Constitution’s plain language, which can only be modified with great effort, itself prevents each branch from going so far afield that they lose credibility. After the court wandered a long way off, the people themselves have engaged their elected representatives in the other branches to bring the third branch back into the barn.

David said it was “like the morning light, like the sun shining forth on a cloudless morning, like rain that makes grass to sprout from the earth” (2 Samuel 23:4), and the New Testament speaks almost constantly about submitting to authorities that God has given to us for our good (in the home, in the workplace, and in civic life).

It’s often difficult to square this with our experience of government officials who abuse their authority for personal gain, instead of understanding that they have been entrusted with promoting the welfare of others. We encounter misused authority so often that we sometimes forget there is any other kind (God severely condemns all abuse of authority). In this fallen world, sentiments like, “government is not the solution to the problem; government is the problem,” ring true.

While it may be prudent, as the Framers of our Constitution did, to recognize and account for the shortcomings of governments composed of sinful men, that isn’t the ideal. God is the ultimate king or sovereign of everything, and “there is no authority except from God” (Romans 13:1). God is perfectly good, and each authority he has instituted “is God’s servant for your good” (Romans 13:4).

Just like a good father seeks the good of his children, or a good boss seeks the good of his employees, so a good government seeks the good of those who live under it. “When the righteous increase, the people rejoice, but when the wicked rule, the people groan” (Proverbs 29:2). As a result of this past term, many unborn babies will now rejoice for their chance at life, many Christians will rejoice at the freedom to openly express their faith without fear of retribution, many businesses will rejoice that they are free from capricious whims of unaccountable bureaucrats, etc.

This was a good term for the Supreme Court, and we should thank God that they used their authority well.