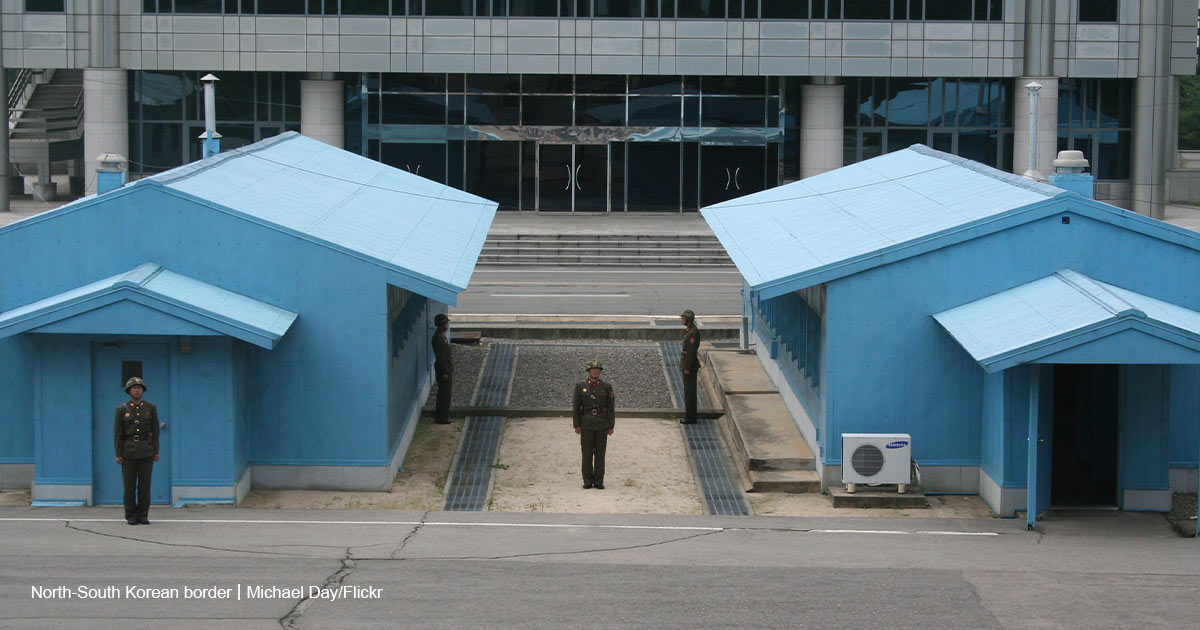 For most people trying to flee the world’s most isolated regime, crossing the North Korea-China border is the first step. But entering China doesn’t mean freedom. Defectors in China are forced to hide from Chinese police who would forcibly repatriate them back to North Korea. This is an increasingly difficult task as Chinese authorities continue to develop and implement high-tech surveillance tools. Not only does the Chinese government use facial recognition technology, but recent advancements in surveillance technology enables the government to profile North Koreans by the way they walk.

Kim Yong-hwa himself has a harrowing story of escape from North Korea. Kim oversaw Rail Force Two, the second most important mode of transportation in the country — only surpassed by Rail Force One which is used for all of dictator Kim Jong Un’s travel. In a cash-strapped communist regime, maintaining the infrastructure for the train was next to impossible. One day, seven train cars overturned. In an irrational totalitarian regime like North Korea’s, someone must be to blame. That someone was Kim Yong-hwa and the misdeed he was accused of which supposedly caused the derailment was “lack of loyalty to the Party.”

A colleague tipped Kim off that the authorities scheduled his execution, but he didn’t want to give them the satisfaction of killing him. Beyond desperate, he was determined to kill himself first. Yet, the North Korean regime considered suicide to be treason, in retaliation they would punish his extended family. Kim took his pistol and planned to go to a place that no one would find his body in the hopes that his family would escape punishment.

He made it to the border town of Hyesan where he could see into China. Thinking his death would surely go unnoticed there, he swam across the high waters of the Yalu River. Stepping onto Chinese land, he unlocked his safety and prepared to pull it to his head. But he hesitated. Instead of dying, he thought to himself that he may as well live, even homeless in a hostile country.

It was inside of China that he was exposed to international news sources and realized just how much the North Korean regime had been lying to people, even to him who had been given a high level of responsibility by the regime. This gave Kim a new life purpose. He said he wanted to “unveil the truth” about North Korea. Because Chinese authorities were cooperating with North Korean counterparts, he saw that his wanted poster was displayed throughout the Chinese border town he was in. He fled by foot from the Northeast of China to the southern border — it took him almost a year before he reached Vietnam, where he was arrested and escaped back into China. By luck, he ran into a South Korean couple who helped him make it to Seoul, where he now lives.

After making the long and harrowing journey to South Korea in the late 1980s, Kim turned his attention to helping others. Now, he runs the NKRHR to help defectors in China at his shelter. There, defectors find a safe place to rest on their journey to freedom in a third country. Kim has helped thousands of North Koreans reach freedom — work that is incredibly challenging but greatly rewarding.

When I sat down with Kim and several volunteers with his organization at their offices in Seoul last week, their message to American Christians was “don’t forget the North Korean defectors stuck in China.” Several of the female defectors made this point with particular passion.

“Lee,” a female North Korean defector who is remaining anonymous, was promised a job in a restaurant by the broker who helped her escape North Korea into China. When she arrived at her destination in China, she realized there was no restaurant. She was sold for approximately $4,500 USD to someone who ran a cybersex chatroom. She told CNN, “When I found out, I felt so humiliated … I started crying and asked to leave, but the boss said he had paid a lot of money for me, and I now had a debt towards him.”

Sadly, women who are trafficked upon arrival in China often have difficulty escaping the country to safety in South Korea or elsewhere. Some North Korean women married off to Chinese men are kept locked in the house or end up having children and don’t want to leave them. Many women working in brothels or online chat rooms are forced to use drugs so they cannot escape.

Estimates for how many North Korean defectors are still in China vary, but most are upwards of 50,000. At least 1,170 North Koreans are detained by Chinese authorities and awaiting repatriation back to North Korea. The 2014 United Nations’ Commission of Inquiry (COI) report states that when defectors are repatriated, “officials from the Democratic People’s Republic of Korea systematically subject them to persecution, torture, prolonged arbitrary detention and, in some cases, sexual violence, including during invasive body searches.”

North Korean women who are repatriated and found to be pregnant with half-Chinese babies endure devastating forced abortions because “mixed-race” children are prohibited by the regime. One Christian North Korean defector, Ji Hyeona shared her story at a Family Research Council event in 2019. She said, “Every night, I heard the screams of women going through forced abortions in the prison camp. I too could not avoid this fate, as I was three months pregnant with a half-Chinese, half-Korean baby in my womb. Where they placed me was not a hospital bed, but it was a desk. And a fearful-looking doctor forcibly pried open my legs and inserted forceps and started killing my baby in my womb by cutting up and shredding my baby. This was all done without any anesthesia used on me, and the physical pain was so hard to endure.”

The fate of repatriated North Korean defectors is dire. North Koreans are rightly considered “refugees sur place,” because they have valid fears of persecution and harsh punishment upon return. Thus, every time that China repatriates a North Korean, it is violating the 1951 U.N. Refugee Convention to which it is a signatory. Instead of repatriation, Chinese authorities should cooperate with South Korean counterparts to provide defectors safe passage to South Korea, which provides citizenship for every North Korean who is able to make it to the South.

By handing defectors over to North Korean authorities, the Chinese government is knowingly participating in torture, arbitrary detention, and execution. The United States should demand that China cease forced repatriation of vulnerable North Koreans and develop safe pathways for them to reach freedom in South Korea or a third country.

When North Koreans beg us to not forget the defectors who are left behind in China, it is a plea we must take seriously.