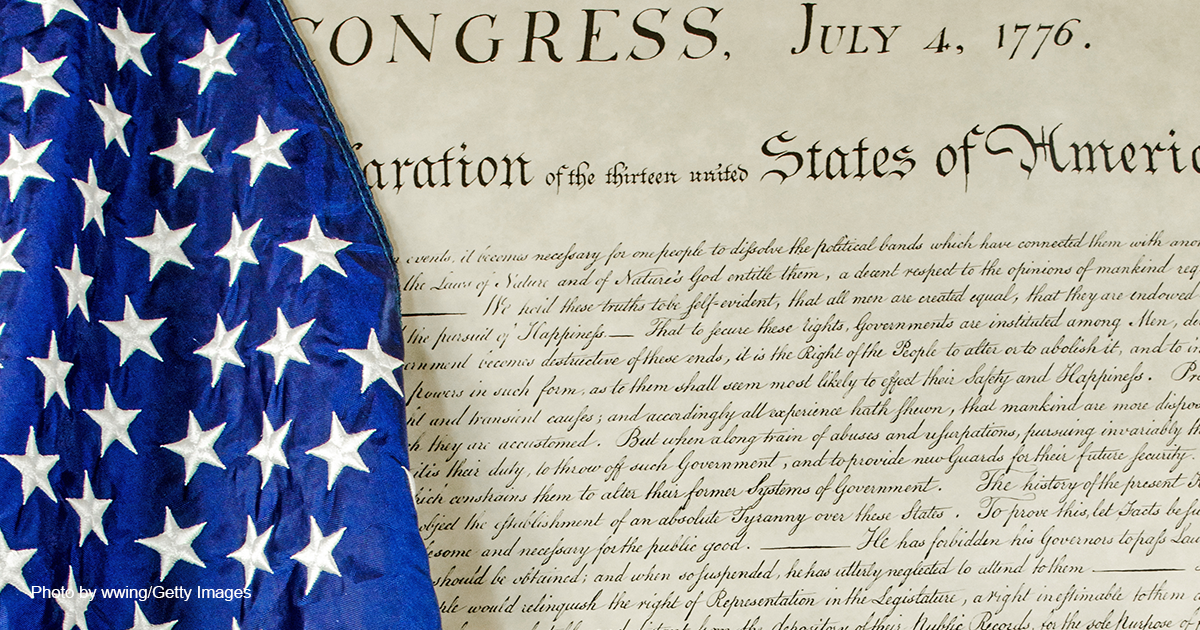 Ending the Roe Regime: Affirming, Not Eliminating, a Right

There is much talk now about how the Supreme Court’s decision to overturn Roe v. Wade is actually a matter of denying or removing a constitutional right. Consider:

The New Yorker, “When the Supreme Court Takes Away a Long-Held Constitutional Right”

Even the president has gotten into the act. According to Joe Biden, in reversing Roe, “the Supreme Court of the United States expressly took away a constitutional right from the American people that it had already recognized.”

These claims merit a close look.

First, they are uniformly inaccurate: The Supreme Court did not “eliminate” a right last week. It corrected a profound judicial error and ended the legality of an odious practice. But no one and nothing can end a right.

“The rights of man come not from the generosity of the state,” proclaimed President John F. Kennedy in his inaugural address, “but from the hand of God.” This has been the central affirmation of our republic since its founding. The Declaration of Independence argues that God is the author of certain rights from which we cannot be “alienated.” In other words, they are intrinsic to our humanity. To be an image-bearer of God is to possess rights He has embedded in the very structure of our beings.

As Alexander Hamilton wrote in 1775, “The sacred rights of mankind are not to be rummaged for, among old parchments, or musty records. They are written, as with a sun beam, in the whole volume of human nature, by the hand of the divinity itself; and can never be erased or obscured by mortal power.”

The Declaration asserts that the duty of the state is not to create so-called “rights.” Instead, “to secure” the rights previously noted, “governments are instituted among men.” Government is designed not to give rights but to protect them.

Our divinely bestowed rights, well-articulated in the Declaration, are known to virtually all Americans: life, liberty, and the pursuit of happiness. Since these rights are given by our Creator, no government on earth can take them away. Prevent their free exercise, yes, but remove — no.

Second, Roe v. Wade and its companion ruling, Doe v. Bolton, involves the violation of the most fundamental of God-given rights, the right to life. In Roe, the Supreme Court claimed to find a right that somehow had eluded jurists from the drafting of the Constitution in 1787 until 1973. The legal gnostics who penetrated previously unknown constitutional mysteries argued that due to an implied right of privacy, a woman should be allowed to determine whether or not to have an abortion without any restrictions as though it were just like any other surgery. In doing so, the Court dismissed what even in 1973 was the undeniable testimony of science. The unborn child, from fertilization on, is a developing but fully human person.

The Roe ruling authorized women to exercise a right they do not possess (taking an innocent life) in order to void a right (to life) from which no person should ever be unjustly denied (“alienated”). Under legal sanction, residence (the person lives in the womb of her mother) and power (the woman can, with medical aid, destroy that person) were combined to give the woman the right to an abortion. A right of privacy thereby became a cloak to enable the destruction of another person’s life.

And herein is the great moral irony of Roe: By creating a “right” to abortion, the Court violated a right that does not need to be “discovered” — the right to life.

Third, the Supreme Court has not taken away a “constitutional right” any more than it has “eliminated” a God-given right. The right to abortion does not exist in the Constitution or in the divinely-authored moral universe. Roe was a pretext for advancing a political agenda, not a well-reasoned application of the Constitution’s text or intent.

What has been eliminated is not a right but the denial of a right. Thanks be to God.