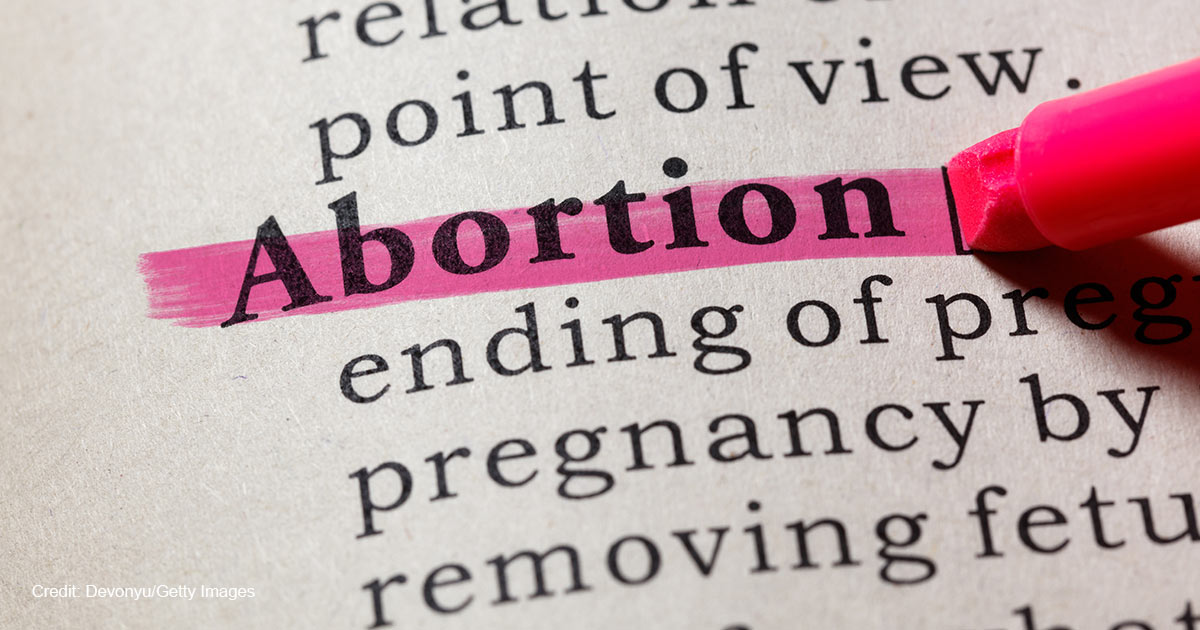 FACT CHECK: The Definition of Abortion Is Not up for Debate

Following the monumental pro-life victory of overturning Roe v. Wade, the abortion lobby has taken to a conspicuous new strategy to convince women that abortion is necessary: changing its definition. And who better to do the abortion industry’s dirty work than its loyal mouthpiece? In a recent article, The New York Times asks, “What does ‘abortion’ mean?” and claims that, “Even the word itself is up for debate.”

The NYT lays out a cut and dried defense of the abortion lobby’s updated rhetoric in the post-Roe era. The article says, “Medical societies and doctors who support abortion rights say defining abortion by intent is a distinction without a difference, because any termination proceeds with the intent to end that pregnancy.”

The NYT also quotes an attorney for the pro-abortion Center for Reproductive Rights as saying, “When something sad or devastating happens, you’re always going to hear the anti-abortion movement saying, ‘That is not abortion,’ because they can’t come to terms with the fact that [it] is also an abortion.”

According to the abortion industry (and, in their thinly veiled commentary, The New York Times), every procedure short of getting a tooth pulled is actually an abortion. In their book, miscarriages, ectopic pregnancy treatment, and premature deliveries due to medical emergencies are all “abortions.”

It’s a fascinating assertion. Unfortunately for the Times, it’s untrue — and their favorite Supreme Court decision proves it.

In Roe v. Wade, the Supreme Court highlighted the position of the American Bar Association (ABA) on the question of abortion as of 1972. The ABA approved the “Uniform Abortion Act,” modeled off New York’s state law — the most liberal abortion law in the nation at the time. In 1973, the most liberal definition of abortion in the United States was “the termination of human pregnancy with an intention other than to produce a live birth or to remove a dead fetus.”

Read that again. An intention other than to produce a live birth or to remove a dead fetus — meaning, pre-term deliveries to protect the life or health of the mother, miscarriage management, and non-abortive treatment of ectopic pregnancies were excluded. Abortion, by definition, requires the intention to cause an unborn child’s death.

The ABA and Supreme Court were not alone, either. In their 1976 “Abortion Surveillance” report, the Centers for Disease Control and Prevention (CDC) defined abortion in its mortality section as “Any termination of pregnancy before completion of the 20th menstrual week of gestation, and those terminations after the 20th menstrual week which are intended to produce a nonviable fetus, also any intervention to terminate a suspected pregnancy …”

For clarity: the report explains that, in the mortality section, it categorizes any termination of pregnancy before 20 weeks under the term “abortion,” but differentiates between “spontaneous abortion” (otherwise known as miscarriage) and “induced abortion” (the intentional killing of an unborn child). Spontaneous abortions were included under the blanket term “abortion” only when referring to the mortality statistics of mothers; earlier in the report, the term “abortion” refers only to induced abortions.

Thus, induced abortions and miscarriage were separated. The 1976 report also includes the key distinction that, “Molar and ectopic pregnancies are excluded.”

Even now, though they have sought to mask and smooth over their definition to assuage abortion mongers, the CDC’s 2019 “Abortion Surveillance” report defines “legal induced abortion” as “an intervention performed within the limits of state law by a licensed clinician … intended to terminate a suspected or known intrauterine pregnancy and that does not result in a live birth.”

The significance is inescapable: the goal and intention of an induced abortion (which both the Roe decision and earlier CDC reports termed as simply “abortion”) is to kill an unborn child.

Abortion is not ending a pregnancy early due to medical complications with every effort made to ensure the survival of the baby, or providing miscarriage management in the form of a dilation and curettage procedure (D&C). If they were, these procedures would be counted within the annual statistic of how many abortions are committed.

The abortion industry’s attempts to redefine abortion are nothing short of a political game that disregards the hearts and minds of grieving women as collateral damage. No woman who has suffered the tragic loss of a child through miscarriage or ectopic pregnancy, or whose baby tragically did not survive a premature delivery after medical complications, should be used as a pawn for political gain.

Despite the best efforts of the abortion panderers at The New York Times, the definition of abortion is not up for debate — and no false controversy will distract the pro-life movement from exposing the barbaric cruelty of what abortion really is.