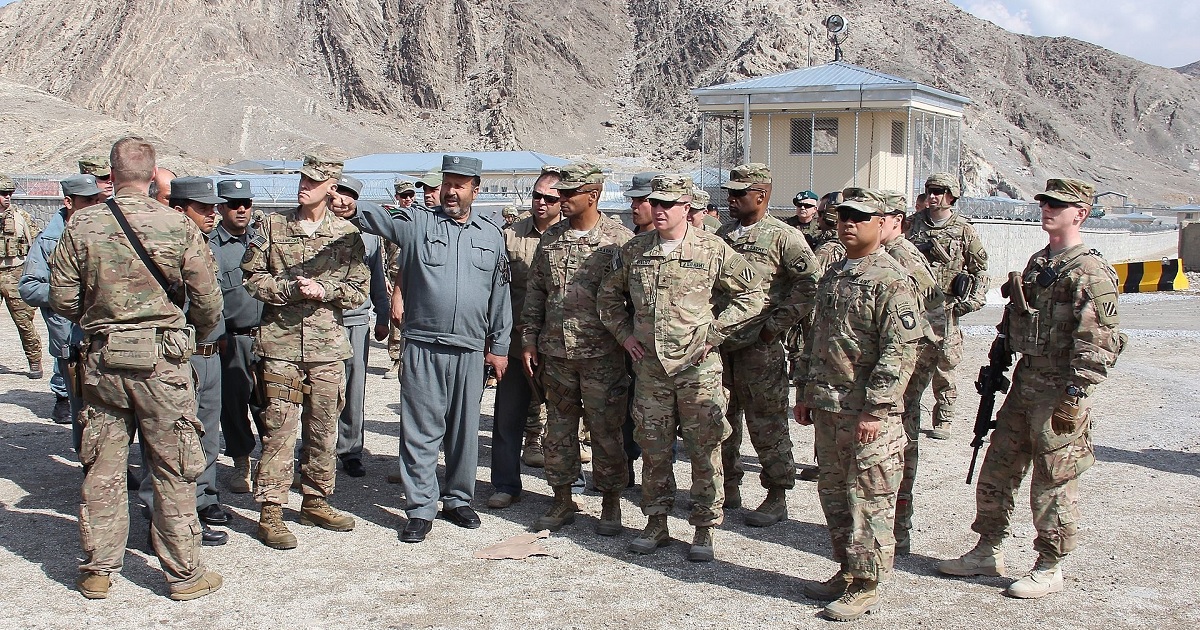 Between them, Putin and Xi control a fifth of the world’s population, economy, and land area. Their sprawling surveillance states stretch from Norway to Vietnam. The partnership between these powerful U.S. adversaries, each guilty of genocide and/or war crimes committed just this year, highlights the precarious geopolitical environment America still faces.

“China is doubling down on its support for Russia, even as the Russian war effort in the eastern part of Ukraine is failing,” China commentator Gordon Chang explained during a panel at the Pray Vote Stand Summit. “On Friday, China’s third ranked leader was in Moscow talking to the State Duma and gave clear throated endorsements of Russia, clearer than we had heard in the past.”

Over the past week, Ukrainian forces have launched the most significant counter-offensive of the war to-date, rolling through Russian positions around the northeastern metropolis of Kharkiv, and in some places pressing through to the pre-war border. The unexpected victory has raised hopes that Russia’s military is exhausted and demoralized, and Ukraine may have a shot at an outright victory. If only they could obtain sufficient Western armaments, Ukraine may be able to push the invading forces out of their territory.

While Russia’s invasion of Ukraine is faltering, China’s invasion of Taiwan is pending. Chang predicted they could launch an invasion anytime after the Chinese Communist Party holds a national congress on October 16, where Xi Jinping will seek an “unprecedented third term as general secretary. … Not only is China involved in the world’s fastest military buildup since the Second World War, it is preparing the Chinese citizens for war. And that mobilization of citizens is an ominous sign.”

If China does choose to launch an invasion, it would be difficult for America’s current military to defend the island. “China has more assets than we do,” warned Chang — more ships, more men, more arms. “Xi Jinping is a monster, and he can take us by surprise.”

China believes they have the upper hand in leadership, too. “Communist Party propaganda was very clear on the day that the capital of Afghanistan fell,” Chang explained. State-controlled newspaper “Global Times said that, ‘when we invade Taiwan’ — they didn’t say if; they said, when we invade Taiwan — ‘two things will happen. The island will fall within hours, and the United States will not come to help.’” They smell weakness in every geopolitical move the Biden administration makes. Lt. General (Ret.) Jerry Boykin, FRC’s executive vice president, agreed. “If they’re going to do anything, they’ll do it while Joe Biden is still in the White House. … They know that Joe Biden is not going to respond militarily.”

Boykin lamented that the Afghanistan withdrawal “will go down in history as the worst foreign policy failure in U.S. history. And every decision that was made was wrong.” Setting aside the catastrophic ramifications for religious freedom, it also broadcast a global image of America as weak and hapless. But the weakness that foreign adversaries have recognized is “not just getting out of Afghanistan,” Boykin added.

It’s also reflected in his flirting with the JCPOA and reentering the Paris Climate Change Treaty. It’s seen in his shutting down American oil production and then begging our foes to pump more, so that we can have enough energy. He said President Biden is “driven by the climate change or the global warming agenda” and “driven by the LGBT community and their agenda.”

Neither agenda promotes the best interest of America or her military. On the contrary, there has been a “deliberate effort to … hollow out our military, make them less effective,” Boykin lamented. One way this has happened is through personnel decisions. “They’re throwing people out of the military today because they won’t take a vaccination, … and, at the same time, they’re turning around and writing old generals like me a note saying, ‘we need help recruiting because we can’t recruit.’” Boykin said they have a mathematics problem. They expel the servicemembers they have, “and then those that are watching from the outside say, ‘I don’t want any part of that.’ And those on the inside, many of them leave on their own.”

The second, related problem involves leadership and training, “the most important thing that our military does in peacetime is prepare for war, period,” Boykin declared. “But when you spend time putting — those young men and women that are supposed to be preparing to meet the enemy head on — you spend time going after them to do critical race theory, inclusion, tolerance — all of these things that have nothing to do with readiness and everything to do with the agenda of the administration, you are doing them an injustice and ultimately going to pay the price for that.”

Boykin didn’t see a short-term solution. “We’ve got to choose wisely in [20]24, and we’ve got to get people to the polls,” he remarked. FRC President Tony Perkins agreed. “When you vote for the president of United States, you’re not voting for just one person. You are voting for all of the people he puts in place — he puts in the Pentagon, he puts in the State Department. And we can speak from experience. In the four years of the Trump administration, the policy gains that were made were because of the people … who share our worldview in these positions.”

Until then, America’s global allies have been emboldened to misbehave, and they’ll cooperate to take their dastardly schemes even further.