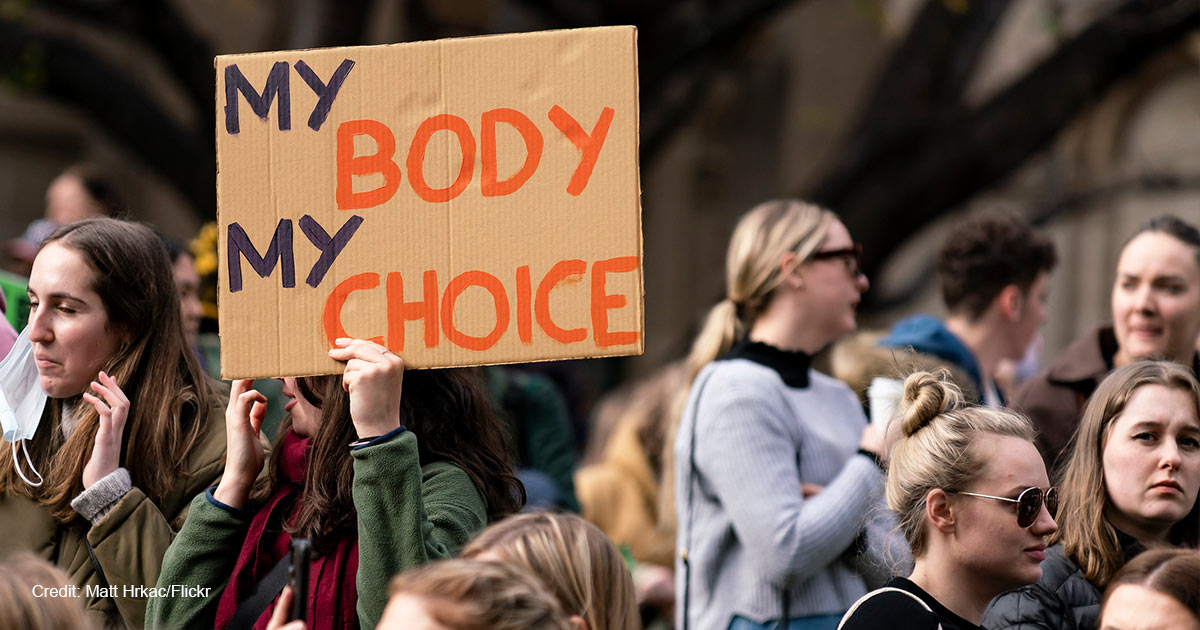 God-Given Rights Should Not Be Left to a Vote

There’s no use denying it: last week’s elections shocked just about everyone. What was expected to be a red wave turned into more of a drip from a leaky faucet.

Many have commented that this election was a referendum on abortion. With Kentucky’s ballot initiative to protect the unborn failing miserably, Montana’s effort to protect babies from infanticide going down in flames, and initiatives in California, Michigan, and Vermont allowing abortion through birth passing by large margins, it is hard to make the case that a majority of Americans value life in the womb. But this is not surprising; it is the natural consequence of 49 years of lies like “It’s just a clump of cells;” “Abortion is a woman’s right;” “My body, my choice.”

Sadly, abortion is not the only example of a time when the collective conscience of the American people has been beaten into submission. There was another point in American history when the question of personhood of a human being was put to a vote.

America’s original sin, slavery, plagued our country from its inception. Rather than live up to the truths espoused in the Declaration of Independence, the Founding Fathers allowed slavery to stain our nation. As the colonies developed into a nation, a “compromise” continued and expanded the practice of enslaving people. For almost 90 years, this atrocity persisted, impacting every American — both Northerners and Southerners. Ultimately, the evil of slavery led the nation to civil war. During that war, Abraham Lincoln issued the Emancipation Proclamation, freeing all those who were enslaved in the Confederate States, but it wasn’t until December 18, 1865 — and the passage of the 13th Amendment — that slavery was “officially” ended in America.

However, slavery and its influence persisted long after 1865. In states all across the South, tens of thousands of black men convicted of so-called “crimes” like the inability to prove employment were sentenced to hard labor, turned over to companies who would pay off their fines in return for the “right” to do whatever they wished with the men. These men had committed no real crime and were sentenced to forced labor — hundreds did not survive.

While the end of slavery was a marked improvement, it was not until after the rise of the Civil Rights movement in the 1950s and 60s that discrimination began to decline, but even then, in many cases, the dignity of African Americans was denied. Today, the effects of slavery are seen across the country. While hopefully a referendum on slavery in 2022 would not put people back in chains, in the years following the Civil War — in many states — the results of such a vote would have been horrifying.

This June, when five Supreme Court Justices ruled to overturn Roe v. Wade, they returned the power to protect unborn children to the hands of the people.

The problem is, it should never have been there to begin with.

At America’s founding, our forefathers recognized, as John Locke did, that the rights of life, liberty, and the pursuit of happiness are fundamental to human flourishing. These rights are so vital to the preservation of man that they cannot be subject to the “inconstant, uncertain, unknown, arbitrary will of another man.” The purpose of government itself is to secure these rights — to ensure that these foundations of society remain constant despite changes in popular opinion or belief. This election, and the history of slavery in America, demonstrate exactly what happens when the government does not guarantee these rights for all people, but instead, leaves them up to a vote.

We live in a fallen world, one where sin is real and where love of neighbor and love of power, money, and prestige compete for our commitment. Many times, evil wins this battle. For almost 90 years, Americans were given the power to choose to protect God-given liberty for African Americans, and they failed to do so, ultimately leading to a nation at war with itself. Even after the war was won, some states still found ways to enslave people.

This year, Americans were given the power to protect the God-given right to life for the unborn, and instead, they voted to allow these unborn babies to be killed on their birthdays and to leave babies born alive after an abortion, desperately in need of life-saving medical care, to die in a closet.

When given the ability to vote between protecting a person’s inalienable rights and exploiting them — many times, Americans choose exploitation. We cannot wait for the conscience of the American people to awaken. This election must teach us the lesson that we should have learned centuries ago — fundamental, God-given rights like the right to life and the right to liberty should not be left to a vote.