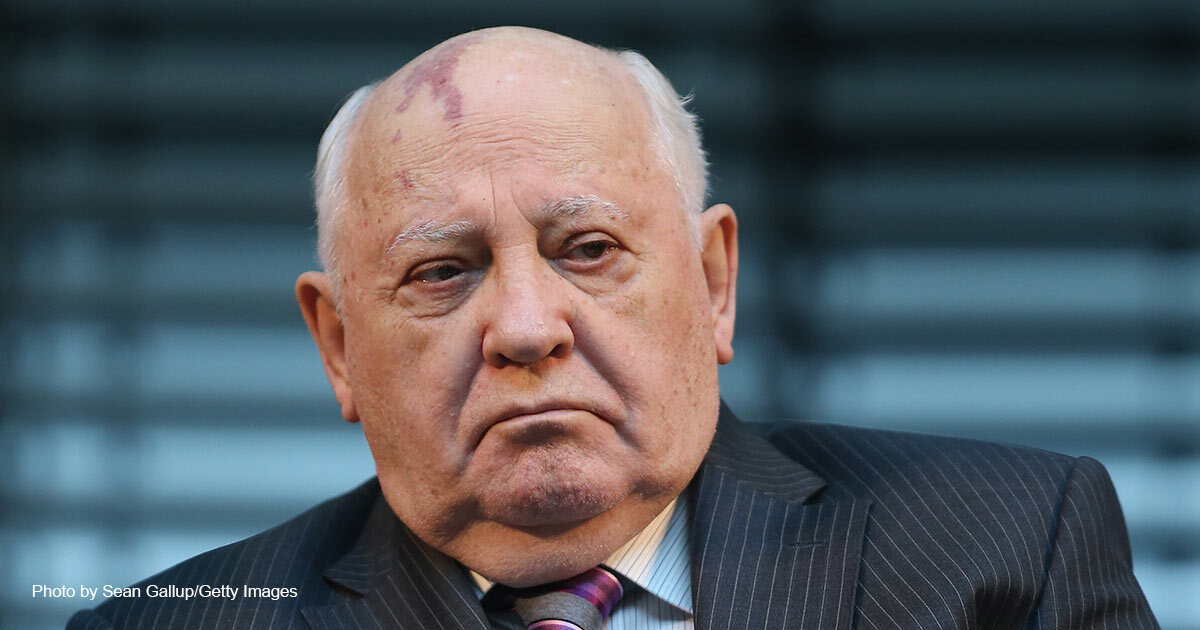 Mikhail Gorbachev has died, but the effusions of sentimental goo emanating from his champions in the world of diplomacy are very much alive.

While there is evidence that Gorbachev realized that a nuclear “exchange” between the U.S. and the U.S.S.R. would have been devastating and had to be avoided, he does not deserve the credit he is being given. That belongs to the Left’s once-favorite target, Ronald Reagan.

Consider liberalism’s televised organ of record, CNN, which reports breathlessly, “In 1986, face to face with American President Ronald Reagan at a summit in Reykjavik, Iceland, Gorbachev made a stunning proposal: eliminate all long-range missiles held by the United States and the Soviet Union. It was the beginning of the end of the Cold War.”

Oh, what rot! Ronald Reagan refused Gorbachev’s ridiculous offer because it was grounded in deception and aimed at preventing yet another American victory in its decades-long contest with Soviet tyranny.

Gorbachev’s offer to abolish long-range nuclear missiles was contingent on America ending its Strategic Defense Initiative, an anti-missile defense system that has resulted in the Ground-Based Midcourse Defense system, “currently the only system protecting the United States against long-range ballistic missiles.” There have been tremendous spin-offs from the original SDI plan, including Israel’s Iron Dome system and, most recently, successful tests of a laser defense system — exactly as Reagan envisioned nearly four decades ago.

Reagan’s director of the U.S. Arms Control and Disarmament Agency, Ken Adelman, notes that at Reykjavik, “Gorbachev made (his) offer … all before explaining at the last minute that this hinged on Reagan’s putting the brakes on SDI development.” Adelman concludes, “If Reagan wasn’t going to back down on SDI, Gorbachev would have to compete with it. And the money and the technology required meant broadening and deepening the economic and political reforms he had started putting in place earlier that year.”

“Reagan dreamed of laser defense systems,” writes the Hoover Institution’s Barry Strauss, “but it was only more recently that the technology was perfected that allowed scientists to make an efficient and high-powered solid-state laser on the cheap.” A dream deferred but realized is still a dream worth having. And Ronald Reagan had it and stuck with it despite the derision of his legion of oh-so-smart critics.

We can be thankful that Gorbachev was not a Stalin-like mass murderer or a vicious international aggressor (and repressive dictator) like any number of his predecessors. He even admitted, late in life, that “I should have insisted on resigning from the Communist party” in 1990 or 1991. His Marxist colleagues all thought the “reforms only needed to be cosmetic. They thought that painting the facade was enough, when actually there was still the same old mess inside the building.”

Fair enough. But a system based on the belief that man is merely a collection of atoms tossed together by random chance and whose basic need is economic satisfaction divorced from spiritual vitality and God-given dignity can never succeed. Communism’s belief that the coercive molding of the human mind by the instruments of the all-powerful state can transform society is primitive, regressive, and cruel. This will never change. It is inherent in Marxist-Leninist-Maoist ideology.

Back to Reagan v. Gorbachev: As the Heritage Foundation’s Lee Edwards has noted, Reagan “forced the Soviet Union to abandon its goal of world communism by challenging its legitimacy, regaining superiority in the arms race and using human rights as a powerful psychological weapon. … In Margaret Thatcher’s words, Ronald Reagan had ended the Cold War without firing a shot.”

This statement is both sound history and a cause for celebration. Conservatives should never forget it.