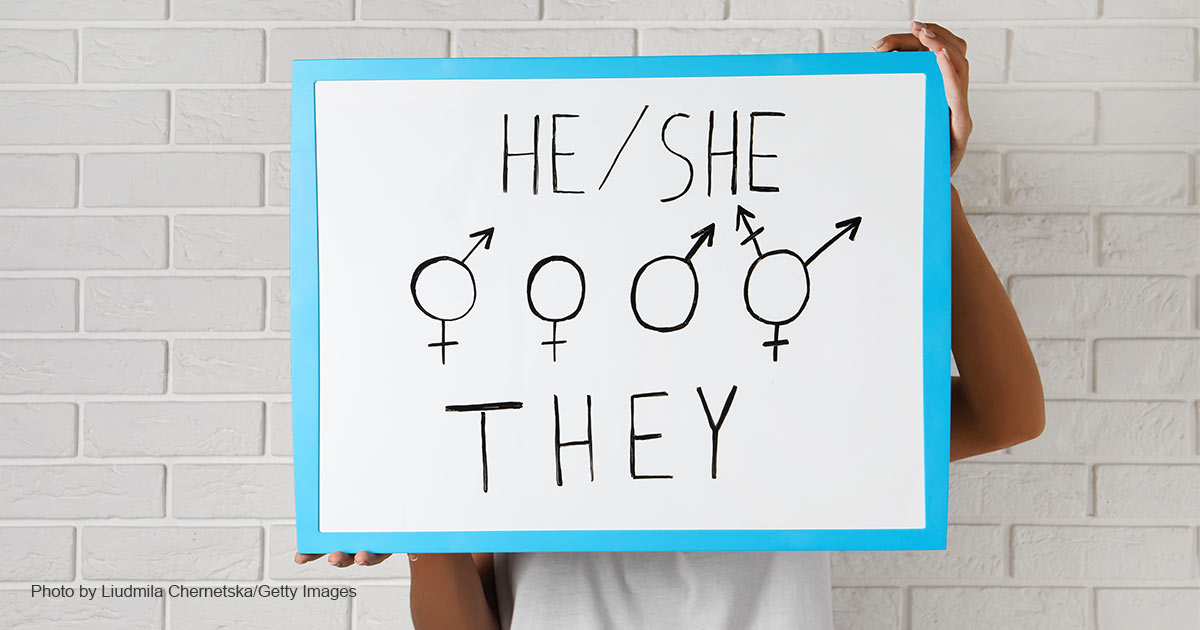 He figured it out — he knew how they kept everyone’s minds controlled. It was such a subtle tactic, it almost went unseen. He explained in his secret diary, “Words can be like tiny doses of arsenic; they are swallowed unnoticed, appear to have no effect, and then after a little time the toxic reaction sets in after all.”

Victor Klemperer was a German Jew that lived during the Nazi regime. In his book, “The Language of the Third Reich” (1957), he examined how the Germans changed the everyday meaning of words in order to penetrate culture. Klemperer wrote, “Nazism permeated the flesh and blood of the people through single words, idioms and sentence structures which were imposed upon them in a million repetitions and taken on board mechanically and unconsciously.”

The same tactics that the Nazis used to convince Germany that Jews were not human are being employed today. The most recent example can be found in the media with the Associated Press’s new pro-transgender “AP Stylebook, 56th Edition.” The latest edition of the style guide includes a chapter on “inclusive storytelling” — stressing the importance of “accuracy” in news coverage. The guide claims they want to overcome “unconscious biases” and urge journalists to not specify that someone is a “transgender woman.” Instead, AP urges reporters to name the biological male as simply a “woman.”

While “gender-affirming,” this linguistic change is misleading to readers. It forces the audience to unconsciously assume the individual’s true biology. The stylebook also goes as far as advocating to avoid using the word “female” at all because “it can be seen as emphasizing biology and reproductive capacity over gender identity.”

To summarize these changes in the AP Stylebook: feelings and one’s perception of reality are more important than facts. Reporters are being urged to write based on someone’s emotions rather than on reality — further blurring the lines of objective truth. Since when did news become subjected to the whims and emotions of political correctness?

These subtle institutionalized changes should be alarming to Christian conservatives. Language is the trojan horse of progressives. Changing a word’s usage and meaning shapes and alters our reality. The Left has been using this tactic for centuries. For example, before 1973, a baby was a human being. Over time, the pro-abortion lobby insisted an unborn child was a “clump of cells.” By offering subtle yet palatable phrases to society, individuals grew accustomed to thinking of a baby as nothing more than tissue in a woman’s body. Changing an individual’s outlook on reality changed how they operated in society.

It should be alarming how the Left is deconstructing society’s longtime systems and truths. It’s almost as if progressives are singing the Orwellian hymn, “It’s a beautiful thing, the destruction of words.” Do Christians not hear these subtle changes? Are we being marched towards an end from which we cannot return?

We should not be surrendering to the progressives’ playbook. We will only become dull sock puppets, diminishing people and their unique qualities — degrading them into their “labels” with terms such as “birthing people” or “ze” pronouns.

During the Third Reich, the Nazis did not simply come up with new words. Klemperer said through the Germans’ own usage of existing words and continuous propaganda, the Nazis changed the meaning of everyday phrases, and ultimately, altered how individuals perceived the world.

Some might say, “No one is going to accept language like this; it is so extreme — everyone can see plain reality!” Tell that to the pro-abortion lobbyists from 1973 or convince Hitler’s generation that Fascist strategy did not work. I hope these doubtful individuals realize before it’s too late that language is important, and that it is imperative that we take a stand.

Jaime Christley is a development associate at Family Research Council.