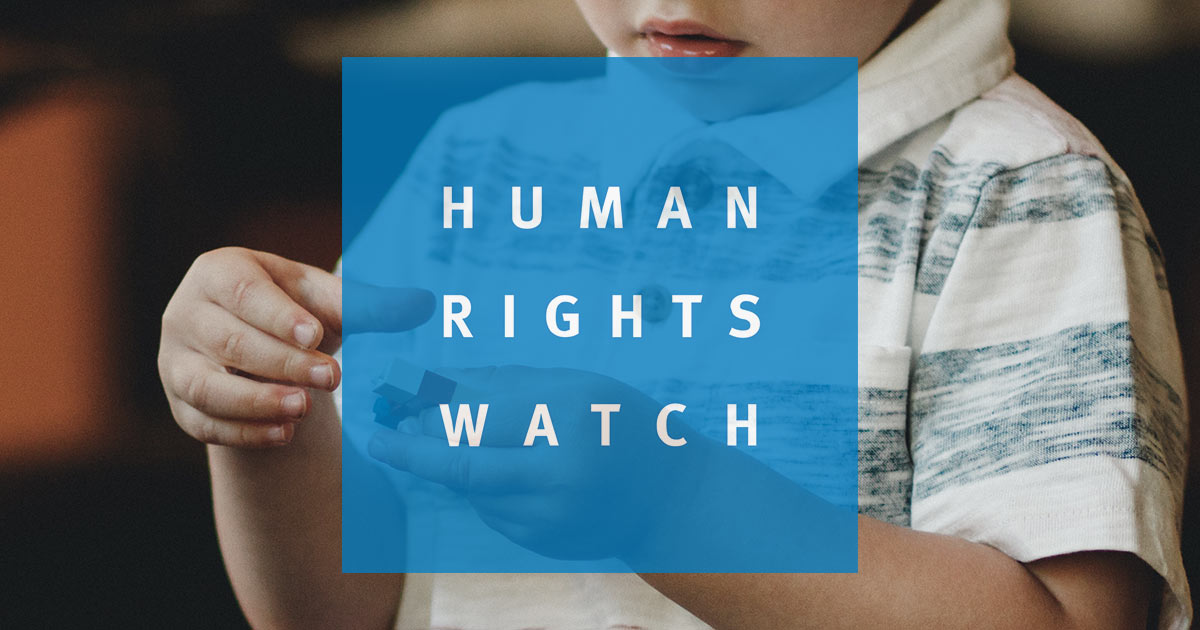 Recently, Human Rights Watch released an article titled, “US: Anti-Trans Bills Also Harm Intersex Children.” It tried to explain why state legislation aimed at limiting irreversible gender transition procedures to adults over age 18 not only harms so-called “transgender children,” but actually harms intersex kids, too, because they are “subjected” to “‘normalizing’ surgeries that are irreversible, risky, and medically unnecessary” before the age at which they can consent.

This coming from an organization that routinely advocates for minors to be able to access so-called “gender-affirming care” which involves puberty-blocking drugs, high doses of wrong-sex hormones, and yes, sometimes surgery.

To say that Human Rights Watch is engaging in mental gymnastics in an attempt to make this argument work would be an understatement.

The article goes on to explain why such surgeries for intersex children are allegedly so harmful, and the arguments sound as if they were taken directly from talking points for the child protection bills Human Rights Watch is decrying:

These surgeries are justified by decision-makers on the grounds that they will reduce stigma and prevent gender dysphoria, but they often have the opposite effects, and also carry risks of scarring, loss of sensation, lifelong sexual dysfunction, urinary incontinence, psychological trauma, and permanent sterilization.

If only such caution and concern were exercised on behalf of all children, not just an estimated fraction of 1%.

Ironically, that’s exactly what child protection bills like the SAFE Act aim to do. As Human Rights Watch’s article mentions, these bills generally provide an exception for minors diagnosed with a disorder of sexual development (DSD), which includes (but is not limited to) conditions where a child’s reproductive characteristics appear to be ambiguous (i.e., appearing to be neither male nor female or to have elements of both). This is what people are generally referring to when using the term “intersex.”

Each intersex case is unique. Therefore, treatment tends to be highly individualized. What may be advised for one child may not be for another. Of course, as is the case with any medical treatment, there are undoubtedly cases where the risks outweigh the potential benefits. We can join Human Rights Watch and other organizations in advocating for the rights of children diagnosed with an intersex condition, cautioning physicians to not be too quick to opt for surgical procedures that may not be medically necessary in every case.

However, the complex and physical nature of intersex conditions warrants granting physicians the freedom to provide certain physiological treatments should they be deemed necessary, such as surgery to assist in bladder or bowel functions, or the administration of hormones that the body may not sufficiently produce on its own. Because of this, it makes sense that legislation seeking to protect minors from gender transition procedures be tailored to allow exceptions for these rare cases.

Children with gender dysphoria, on the other hand, generally do not suffer from a physical condition or abnormality, but rather a (very real) psychological one. Because of the risks in hormonal or surgical procedures, which Human Rights Watch readily acknowledges, such procedures can’t be justified if they are not medically necessary; that is if they do not offer a benefit to the child’s physical health. Since children who suffer from gender dysphoria are suffering from a psychological condition, there is no physical malady to correct, and therefore no medical benefit.

Human Rights Watch and other advocates for gender transition procedures for minors may retort that these procedures are really meant to benefit the child’s mental health. However, again, given the high risks that come with such procedures, we would need overwhelming evidence of their efficacy in improving patients’ mental health in the long-run and reducing suicidality, which we simply do not have.

Another common argument by those in favor of gender transition procedures for minors is that surgery is never performed on minors; minors are only prescribed puberty-blocking drugs and hormones. Even if this were true (there is evidence that surgeries are sometimes performed on minors, most often breast removal in females), it provides little comfort. Puberty blockers and hormones are not without their risks and in their own way, mar and permanently change a growing adolescent’s body. Combine this with the fact that puberty blockers have been shown to dramatically increase the likelihood that a child will continue with more invasive and permanent procedures down the road, and it becomes clear that the physical, mental, and emotional costs of undergoing such procedures are terribly high.

Human Rights Watch labels performing irreversible and risky procedures on minors who cannot consent to be “human rights violations,” but, curiously, only if the patient is intersex. However, all of the things that the organization warns about with regard to intersex children — painful surgeries, loss of sexual function, loss of sensation, permanent sterilization, no reduction in gender dysphoria — are a direct threat to the increasing number of children being labeled as “trans” and pushed toward lifelong medicalization. Science, logical consistency, and basic morality require that we offer them the same care and concern.