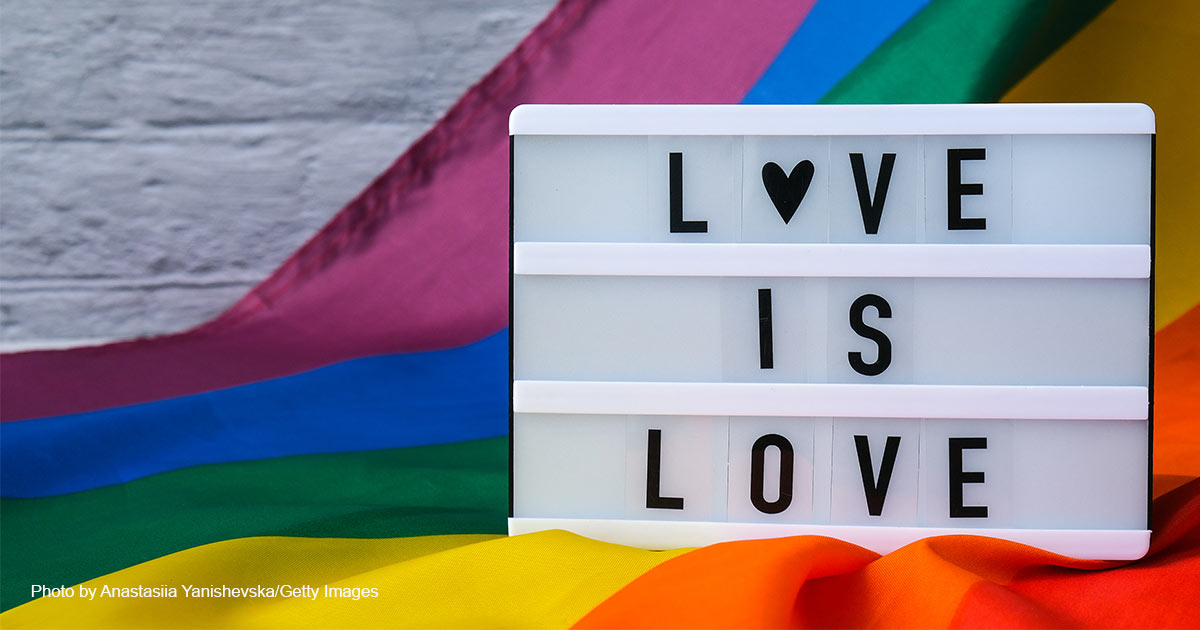 In the Marriage Debate, Let’s Make Sure We Define ‘Love’ the Same Way God Does

Seven years after many people told us same-sex marriage was “settled” as the “law of the land” we are debating it again. In one sense, this is progress. Now that the Supreme Court has corrected the mistake of Roe v. Wade, the Left has come to terms with the fact that if you live by the court, you die by the court. Recognizing that Supreme Court decisions about hugely controversial social questions like abortion or same-sex marriage are never “settled,” congressional leadership wants to change federal statute to recognize any marriage recognized by a state.

This has implications far beyond same-sex marriage. In July of 2020, Somerville, Mass. became the first city to extend official recognition to polyamorous relationships. It won’t be long before one of the blue states decides that limiting love to two people is bigotry. Other constraints on “marriage equality” will be challenged as well. Blue states still stubbornly prohibit close relatives and 13-year-olds from marrying, but they won’t always. If we can trust a child to know the right time to cut off their genitals, why can’t we trust them to know when they have found the love of their life? Ageism of this kind won’t last in blue states whose primary goal is to be seen as “inclusive.”

If Congress passes the version of the “(Dis)Respect for Marriage Act” now being considered, the federal government will be required to recognize any version of marriage a group of gender studies professors can convince the legislature of Oregon or California to adopt.

Unfortunately, a lot of people who should know better seem to be struggling with how to respond. Sen. Joni Ernst (R-Iowa) criticized the Obergefell decision in 2015 when it was made, but is considering giving her support to the effort to codify same-sex marriage in federal law. Ernst told reporters that she was “keeping a very open mind” about the issue because she has a “good number of very close friends that are same-sex married.” The implication is that it would be unloving not to support same-sex marriage — and there are plenty of people who would agree with her.

How should Christians respond to this dilemma? It is the job of Christians to love their neighbors. Does that mean we are supposed to support same-sex marriage? That depends on how you define “love.”

Scripture assures us that God is love and we are to love one another (1 John 4:7-8). But in the same way people can look at a dress and argue about whether it is white and gold or blue and black, people view “love” in very different ways.

For some, when they read that “God is love,” they conclude that the concept of love they have in their mind defines who God is. Because they believe love means acceptance, being nice, never judging, and creating psychological safety for everyone around you, that becomes their view of God as well. God is love.

For others, when they read that “God is love,” they conclude that everything God reveals about Himself in Scripture is a component of love. As a result, God’s love includes forgiveness, gentleness, and longsuffering along with judgment, wrath, and justice for sin. When we read that “love does not rejoice in iniquity but rejoices in the truth” (1 Cor. 13:6), we understand that God’s definition of love means there are some things we cannot celebrate. When Paul instructs us to “abhor what is evil; hold fast to what is good” (Rom. 12:9) this means that part of loving the way God does requires us to hate the things that destroy us in this life and separate us from God in the next.

Yes, we should be loving, but we must love the way God does. The “love is love” crowd does not. When they tell you to “love” people, they want you to be less like God, not more like God. They don’t want you to love them, they want you to smile and hold the door for them on their way to hell. They may not know that is what they are asking you to do, but you do — or you should — and that should matter to you. You may be powerless to stop them on their journey, but you should try. At the very least, you should avoid being an accomplice.

Whether you are a politician, pastor, or mom in a book club, the temptation to endorse or be neutral toward something you know to be harmful is strong. But remember, in that moment, you are not being tempted to love others but to love yourself. You are putting your reputation or your desire to avoid conflict ahead of the best interest of others. Whatever that is, it’s not love.

So yes, Christian, it’s important for you love people. Just make sure you define that term the same way God does.