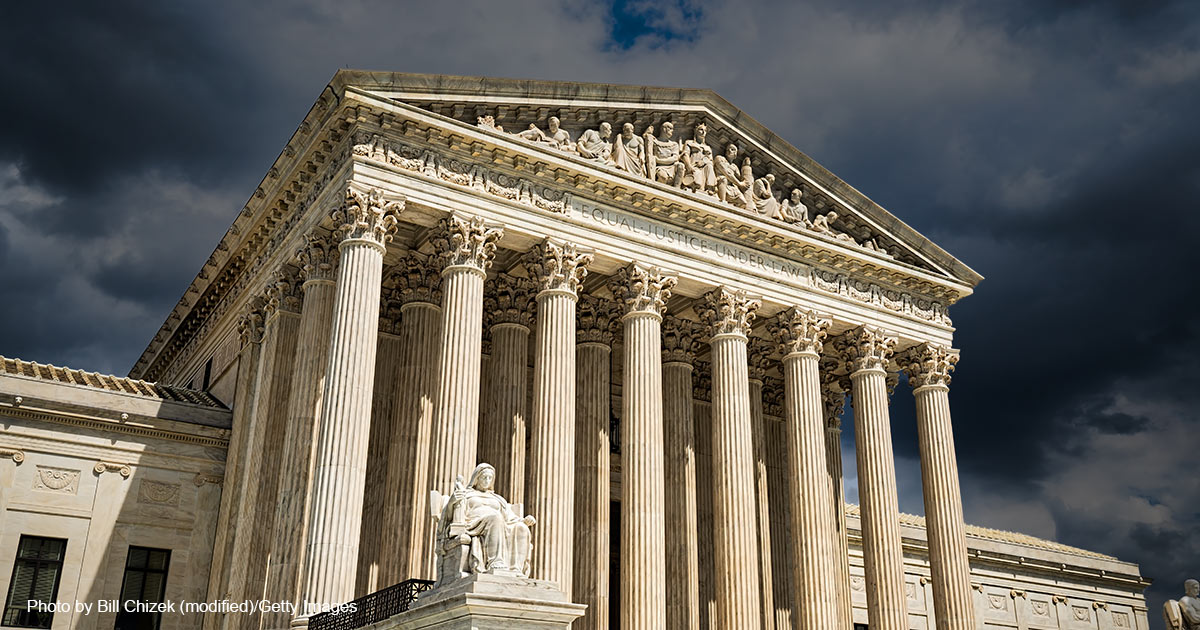 Is a More Conservative Court ‘Imperialistic’?

The early writings of future political leaders often provide insight into their later actions. For example, according to journalist Timothy Shenk, a young student and future national politician penned an unpublished book titled, “Transformative Politics.” In it, “he flayed activists — with the civil rights establishment as his chief example — for asking the judiciary to hand out victories they couldn’t win at the polls. Progressives talked a good game about democracy, but they didn’t really seem to believe in it.”

Was that, perhaps, Ronald Reagan or Barry Goldwater?  Not close — his name is Barack Obama.

As a Harvard Law student, the man who would become our 44th president had a better, if private, grasp on the way his fellow liberals operate than many of his left-leaning colleagues. For decades, the Left has looked to the Supreme Court to act as a sort of super legislature to drive an agenda it cannot enact through congressional action.

As noted by Georgetown Law professor Brad Snyder, since the late 1960s, “liberals have engaged in a constitutional strategy of getting to five justices — tailoring their arguments to the court’s ‘swing’ justice.” According to Snyder, “Liberals had no constitutional theory other than finding a fifth vote to protect the rights of minorities and women.”

Snyder’s assertion, that conservatives want to diminish “the rights of minorities and women,” is code for “conservatives don’t believe abortion is a constitutional right and racial quota-ism is counterproductive.” However, his underlying premise, that the Left wants to advance its goals through judicial activism, is spot-on.

Examples abound. The 2015 Supreme Court decision requiring all 50 states to recognize and allow the performance of same-sex marriages is but one of the most vivid. But the Left’s project of governing by judiciary has long filtered down throughout the lower federal courts.

In the Ninth Circuit Court of Appeals, Jimmy Carter-appointed Judge Stephen Reinhardt “wrote the Ninth Circuit’s opinion striking down California’s same-sex marriage ban (Proposition 8) in 2012, ruled that the Second Amendment doesn’t recognize an individual right to bear arms, and argued that bans on assisted suicide are unconstitutional.” In other words, Judge Reinhardt made law from his bench.

Now, conservatives have a decided majority on the Supreme Court and have strong representation in other federal courts. Donald Trump “appointed 52 judges to the 13 federal circuit courts” and, in total, appointed 245 federal judges. George W. Bush appointed 197 federal judges during his two terms (Barack Obama appointed 334).

The Left is wrestling mightily with what to do next. A Republican majority in the House will forestall many of liberalism’s cherished objectives for at least the next two years, and visions of court-packing might, like imaginary sugar plums, dance in the heads of leftists but will not be realized soon, if ever.

It is no small irony that liberals are complaining of the conservative bent of federal judges. “An ‘Imperial Supreme Court’ Asserts Its Power, Alarming Scholars,” announces The New York Times. The article’s author, Adam Liptak, writes that the Supreme Court “has lurched to the right and is out of step with the public on many issues” but also that “a burst of recent legal scholarship makes a deeper point, saying the current court … has rapidly been accumulating power at the expense of every other part of the government.”

Well, let’s look at that “deeper point.” For example, Liptak quotes Berkeley Law professor Tejas Narechani as writing, “The Roberts court, more than any other court in history, uses its docket-setting discretion to select cases that allow it to revisit and overrule precedent.”

To this I, as an ordinary citizen, can only respond, “So what?” If the precedent is bad — from Dred Scott to Plessy to Roe to Obergefell, the Supremes have proven themselves to be fallible human beings and constitutional antagonists — why not revisit it?

No conservative can look with disinterest on a federal judiciary that seeks to aggrandize unto itself growing power. The extent to which either right- or left-of-center jurists are doing this should cause concern. Yet some recent court rulings indicate that federal judges might be expressing a long-neglected allegiance to the plain text of the Constitution. This is not “government by the judiciary,” something about which conservatives have warned for decades. It is the judiciary doing what it should.

As a young law student wrote many years ago, “progressives” need to quit talking about their love of democracy and, instead, make their arguments and live with the consequences. Even if they mean that their proprietary claim on the federal courts is weighed in the balance and found wanting.