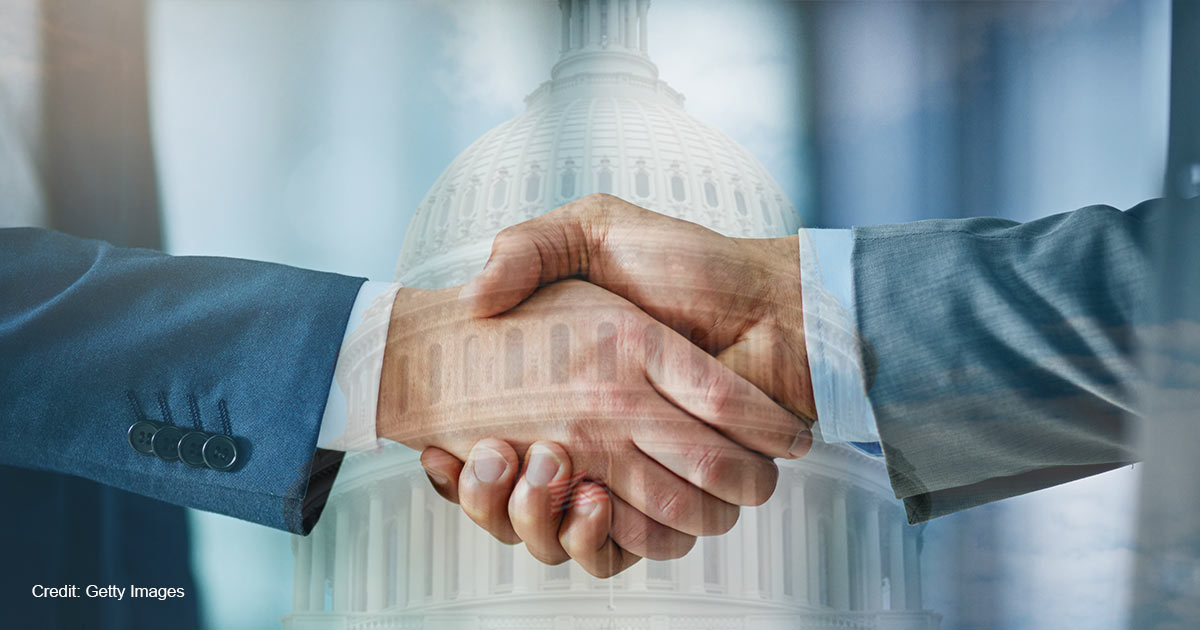 As far as relationships go, it was a surprisingly durable one. Big Business and the Republican Party were like the D.C. power couple no one expected to break up. Until they did. Now, in the messy aftermath, new battlelines have been drawn. But what happens if the GOP retakes Congress in November? What will conservatives do if corporate America comes crawling back, talking sweet economic nothings? The chairman of CPAC has a suggestion: slam the door in their faces.

“Woke CEOs turned their backs on conservative leaders after the last election,” Matt Schlapp reminded GOP leaders. “For the first time in almost 30 years, Republicans will achieve a majority largely without the support of Fortune 100 companies. Instead, conservatives will take control led by activists and entrepreneurs who are exhausted and offended by the radical Left policies pushed by these publicly traded companies.”

It’s taken too long, but after years of fighting alongside CEOs for the kind of economy that helped businesses flourish, Republicans have finally come to grips with the obvious: the loyalty only went one way. And it’s not as if this was a recent development, Strive Asset Management’s Justin Danhof has said. “Big Business divorced the Republican Party a decade ago, and it’s like we just discovered the paperwork in the drawer.”

Now that the split is official, CPAC insists, it’s time for the GOP to act like it. In a new pledge that’s circulating on the Hill, Schlapp is asking every prospective Republican leader to commit not to entertain whatever post-election overtures might come from their old corporate flames. Promise, Schlapp urges, “that you will not meet with these CEOs or their leadership teams, especially their Government Affairs staff, who have been hostile to policies that help all Americans, until they change their ways.”

After all, he reminds them, “These companies have colluded with the Biden administration to silence conservative voices; promoted lies about Voter ID and chose not to support conservatives who stand for fair elections; Are paying for the travel costs for employee abortions (including late-term) subsidized by their customers, a majority of which stand for life; are promoting radical gender theory and gender modification onto our children; and supported the anti-police BLM movement that wreaked havoc on streets and in neighborhoods across the county and has contributed to a spike in violent crime.”

Congressional Republicans would be quick to point out that these are the same CEOs who publicly cut and run after the tragic events of January 6. One by one, corporations decided to boycott conservatives who refused to certify the 2020 election, adding another layer to the drama that eventually boiled over with the voter reform debate in Georgia.

When the corporate mob announced it would stop donating to Republicans last year, it sounded like a death knell for fundraising. But the threat turned out to be an empty one. When all was said and done, everyday Americans proved they packed a much bigger punch, and the GOP saw a massive surge of donations — “more than offsetting the loss of corporate money,” Newsmax reported. The dollars poured in from across the country, proving that regular citizens are a force to be reckoned with. “The Democrats have become our best fundraisers,” GOP strategist Fred Zeidman joked at the time.

And it hasn’t let up. Even with Democrats working overtime to make abortion the centerpiece of this year’s midterms, the RNC is still outraising the Left. “The Republican National Committee outraised the rival Democratic National Committee in August,” Fox News points out. “The RNC brought in $17.2 million last month, according to figures shared first with Fox News on Tuesday. The RNC’s haul outpaced the DNC, which a couple of hours earlier reported raising $15.5 million in August.”

In this paradigm shift, if businesses want to embrace the big, social justice wokeism that’s at odds with America’s values, then they won’t have the Republicans’ support. And right now, looking at Joe Biden’s miserable excuse for economic policy, they’re going to miss it.

That’s why Schlapp is sounding the alarm. If there are new conservative majorities in Congress next January, “these same corporate woke elitists will be back on Capitol Hill, trying to cozy back up to conservatives. [We call] on you to take a stand and not allow this to happen without a renunciation of woke policies and racist attacks on the GOP.”

Matt Carpenter, director of FRC Action, believes a pledge from party leadership “show[s] the base they understand this new political environment. … The interests of Wall Street and Fortune 100 companies no longer align with the emerging GOP coalition of the working class, of parents, and small business owners. … Conservatives want leaders who prioritize first principle issues like faith, family, and freedom — and a pledge like this is a good step to ensuring the priorities of the voters take precedence over the priorities of C-suite executives on Wall Street.”

The reality is, conservatives willing to stand on their values will always have the upper hand. Because at the end of the day, Republicans may no longer need Big Business — but Big Business will always need Republicans and their free-market principles. Without them, they’re stuck with the dance partners they have: socialist Democrats who’d like nothing more than to crush the capitalism that makes them prosperous.