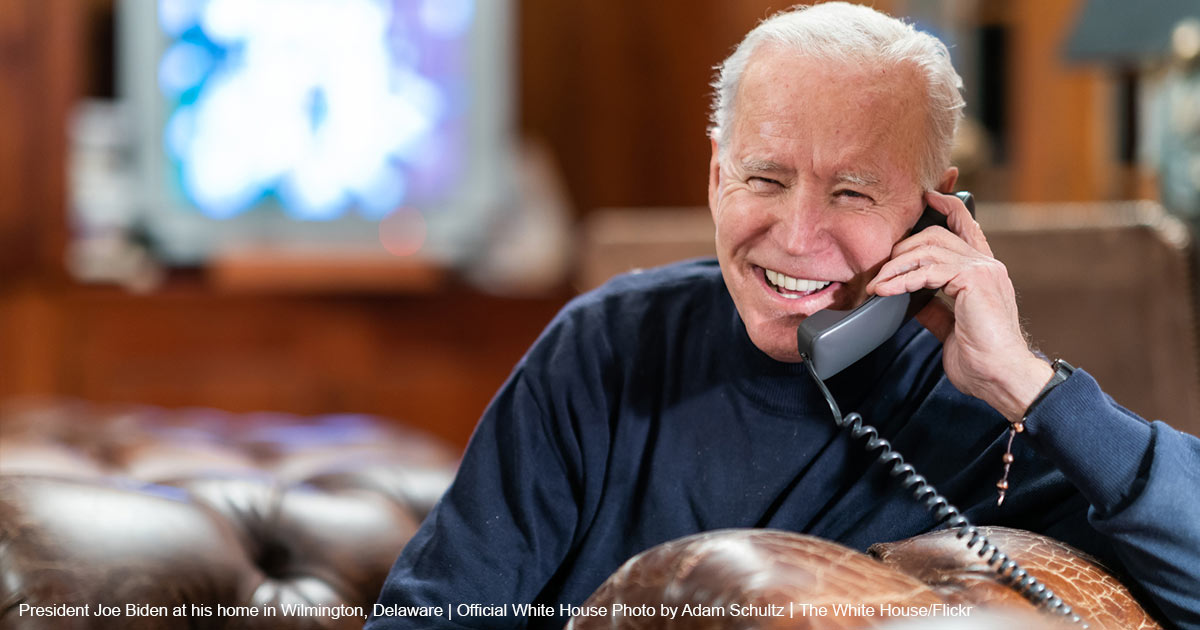 Joe Biden’s Got a Secret

In all of the reporting on the classified documents being found in President Biden’s Delaware homes, there’s one particularly baffling and underreported aspect of this issue that deserves a close look. According to CBS News White House correspondent Mark Knoller, as of January 5, Mr. Biden had spent 192 days at one of his two homes in Delaware since taking office. During the same period, Knoller calculates Donald Trump had stayed at his Mar-a-Lago estate 79 days.

Whatever the president’s travel habits, here’s what is most troubling: There was no visitor log kept at either of his Delaware residences on any of the nearly 200 days Mr. Biden was there over the past two years.

Why? The Secret Service says that it provides protection for the Bidens when they are in Delaware, and its agents do not “independently maintain (their) own visitor logs because it’s a private residence.”

Well, we all like our privacy. Some of us might have a visitor’s log in the entry to our homes; it can be fun to see who came by over the years. But the leader of the free world is in a different, even unique, category. Accountability is paramount for the nation’s chief executive. When we don’t know with whom, during more than one-quarter of his presidency, Mr. Biden has met, something is wrong. Only about 25% of the American people trust government “to do what is right always or most of the time.” Mr. Biden’s secrecy will hardly increase this percentage.

Last summer, the Biden administration announced it was launching a “new war on secrecy.” The White House said it was committed to “reforming the classification system” so as to “more broadly share intelligence between government agencies and with allies.” The reason given was so that our government could “more effectively combat potential enemies, particularly Russia and China’s aggressive disinformation campaigns.”

This is understandable. We have at present 18 different intelligence agencies. Americans are familiar with the CIA and maybe the Defense Intelligence Agency, but have you ever heard of the National Geospatial-Intelligence Agency or the Department of the Treasury’s Office of Intelligence and Analysis? Did you know that all six branches of the armed forces (Army, Navy, Air Force, Marines, Coast Guard, and Space Force) have intelligence sections?

To be clear: We should be grateful for the sacrifices many in the intelligence community make. Every day, people whose names will never be known to the general public put themselves on the line for the rest of us. They deserve respect and appreciation. It’s also worth noting that our intelligence services are sometimes reluctant to share information with one another simply because the more people with access to it, the more likely leaks will occur and the more easily, therefore, our adversaries will be able to obtain it.

But it is not a little ironic that the president’s “war on secrecy” has found a beachhead in his own garage. Nor is it any less concerning that a president who says he wants “the highest standards of transparency” has kept no public record of those visiting him on his many days in Delaware.

All of this invites a pretty simple question: Why has Mr. Biden failed to record his visitors? It’s hard to believe that someone who has spent all but four of the past 51 years in public office wouldn’t be aware of the need to keep track of who he’s meeting with and be prepared to give some account for those meetings. Given the threats facing our country and the interlaced relationships between money, diplomacy, and military affairs, doing this would not only be common sense but also a matter of public duty.

Last month, Republicans on the House Oversight Committee issued a report titled, “A President Compromised: The Biden Family Investigation.” In it, they conclude that President Biden “lied to the American people about his personal involvement with his family’s global business dealings.” They also point to evidence that “indicates … President Joe Biden personally participated in and benefitted from these financial ventures, leaving him open to influence, blackmail, or extortion by malign or foreign entities such as the Chinese Communist Party.”

The lead Republican on the Oversight Committee, James Comer (R-Ky.), is now the committee’s chairman. These grave charges will be investigated under his leadership. Mr. Biden might protest, but failure to report with whom he is meeting fails to inspire confidence in the integrity of our president.