Lessons from Frederick Douglass on World Day against Trafficking in Persons 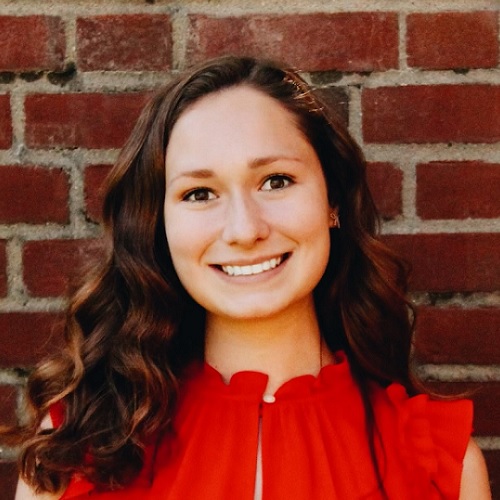 July 30 marks World Day Against Trafficking in Persons — a day to recognize the moral depravity of the human trafficking industry, and to acknowledge both the survivors of this evil and remember the many lives lost to it annually.

On July 26, the U.S. House of Representatives passed HR 6552, the Frederick Douglass Trafficking Victims Prevention and Protection Reauthorization Act of 2022, with overwhelming bipartisan support. The bill, which allocates $1.1 billion in funding to support survivors of human trafficking among other provisions, passed the House in a 401-20 vote.

Rep. Chris Smith (R-N.J.) sponsored the bill alongside Rep. Karen Bass (D-Calif.). In a statement following the vote, Smith said, “Because traffickers and the nefarious networks they lead always find new ways to exploit the vulnerable, especially women and children, we must aggressively strengthen laws and their implantation.” HR 6552 reauthorizes Smith’s Trafficking Victims Protection Act of 2000, which similarly sought to “combat trafficking in persons, a contemporary manifestation of slavery whose victims are predominantly women and children,” and “to ensure just and effective punishment of traffickers […].”

Smith told Catholic News Agency, “Every human life is of infinite value — and we, as lawmakers, have a duty to protect the weakest and most vulnerable from harm.” These words certainly ring true when considering human trafficking — the modern slavery crisis that victimizes nearly 25 million people around the globe. Over 400 representatives from both sides of the aisle saw the necessity for legislation that defended the human person from the many atrocities inflicted by human trafficking, including kidnapping, forced labor, and sexual assault.

The bipartisan vote on HR 6552 is encouraging, and the bill is expected to receive similar bipartisan support in the Senate. This vote demonstrates that while the political climate has never been more divided, there are still some issues on which Republicans and Democrats can agree.

Overwhelmingly popular legislation such as HR 6552 ought to inspire us with the hope that within every rational human being, there is an intrinsic respect for human dignity. HR 6552 is named in honor of Frederick Douglass — a former slave who escaped to freedom and is universally celebrated as a national treasure for his abolitionist advocacy work to advance equal rights for the black population in America.

Douglass faced the entrenched corruption of his day with a confidence that stemmed from knowing he was doing what was right. In an 1857 speech, he said, “If there is no struggle there is no progress. Those who profess to favor freedom and yet deprecate agitation are men who want crops without plowing up the ground; they want rain without thunder and lightning. They want the ocean without the awful roar of its many waters.”

Douglass fought for human rights at a time when it seemed like perhaps it would be impossible to ever persuade enough Americans to believe in human equality or the idea that the black population could secure legal rights. For Republicans and Democrats alike, Douglass represents the goal that all rational humans intrinsically know they should fight for: respect for the dignity of all human beings.

With issues as widespread and global as human trafficking, it can be discouraging to contemplate how change could ever be brought about. As Douglass teaches us, however, progress requires struggle.

The human trafficking trade is fueled by multiple other industries of corruption, including but not limited to pornography and abortion. While bipartisan support for fighting human trafficking is a certified victory, the path to truly ending this human rights atrocity requires comprehensive commitment. It is essential to continue exposing the connection between these evil industries in order to end the exploitation most particularly of women and children.

Today, let us celebrate the victory that HR 6552 presents to victims of human trafficking as a source of support as they rebuild their lives and the hope of seeing their victimizers face the justice they deserve. Every day, let us appeal to the humanity in one another — even our political opponents — with the confidence that when we put our differences aside in pursuit of a shared goal, there is good to be achieved. If it seems crazy — remember the America that Frederick Douglass helped to change.