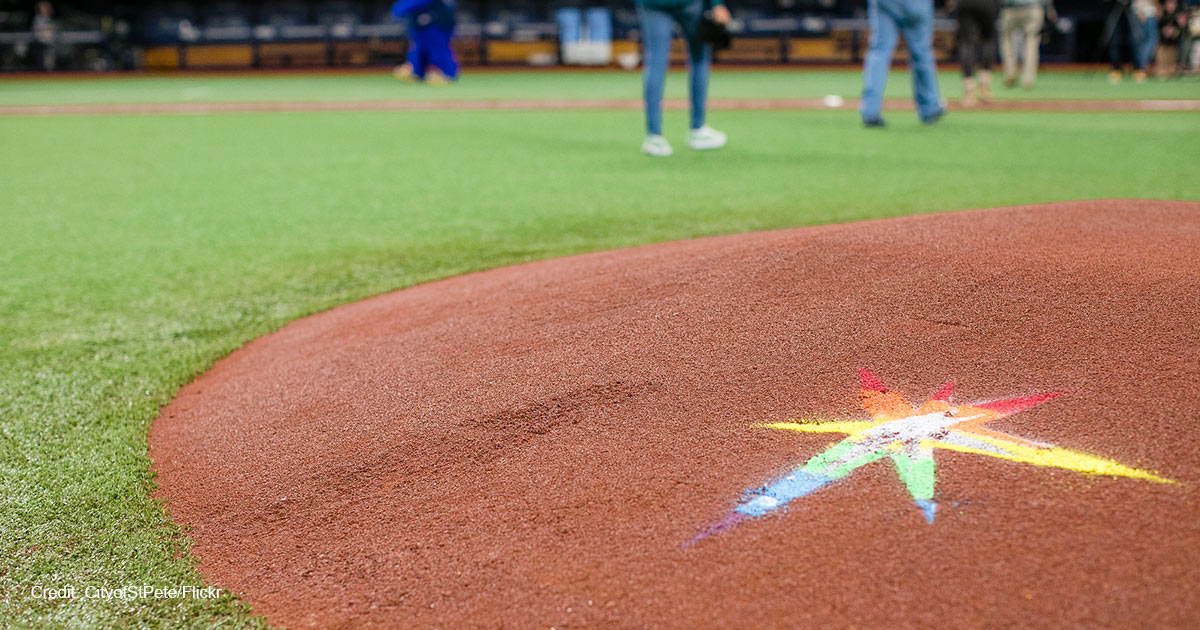 There’s good news, and there’s bad news. The good news is, the Major League Baseball (MLB) Texas Rangers “have come under enormous fire from powerful LGBT groups for not giving in and having a pride night,” National Review’s Nate Hochman said on “Washington Watch.” Wait a minute, you’re thinking, that sounds bad. How is that good news? Well, it’s good by comparison to the bad news: every other MLB team (29 out of 30) has hosted a Pride night, and many do so “every single year.” Way to go for the Texas Rangers’ courageous stand against the tsunami of corporate wokeness.

Hochman “spent the last couple of weeks digging into exactly what kinds of LGBT activist groups and medical clinics MLB franchises and teams were funding under the auspices of these LGBT-themed pride nights.” What he found makes a drag queen story hour seem like Sesame Street. For 20 out of the 29 teams, these pride nights were “funding groups that were either promoting sex changes for children as young as 12 years old, or … actually providing them themselves.” Nothing says baseball like permanently sterilizing children!

Adding insult to injury (or, more precisely, mutilation), Hochman warns, this transgender slush money is coming straight from ticket sales. It would be bad enough if millionaire athletes dropped a few thousand dollars here and there to terrible political causes. We all expect that. But we don’t expect when America’s most popular teams from America’s pastime siphon “tens or even hundreds of thousands of dollars” straight from ballpark patrons. Hey dad, if you bring your son to 20 games this season, we’ll be sure his classmate gets a double mastectomy at 16 for free!

This has got to stop, but how? “Obviously, Major League Baseball is not advertising this,” said “Washington Watch” guest host Joseph Backholm, which implies that they’re vulnerable to pressure. In fact, pressure from the transgender lobby forced them into this unconscionable behavior to begin with. “Essentially, the LGBT mafia comes and says, ‘Unless you give us money, we’re going to ruin your reputation … but if you give us money, then we’ll just go away quietly,’” suggested Backholm. That character assassination is now targeting the Rangers, the final holdout.

Hochman added that MLB executives could feel pressure from both sides. “Like a lot of corporate leaders, they’re not necessarily far-left ideologues. They’re just driven by incentive structure.” Currently, their incentives are telling them to fund LGBT groups and Pride nights. “From their perspective, they’re going to get a ton of grief … get threatened by their sponsors … get threatened by powerful activist groups,” he added. “They just figure that it’s less of a headache to fund it.”

The LGBT lobby may have the bases loaded, but conservatives can still escape a blowout by finding a way to end the inning. “It’s up to fans … who basically make up the revenue stream for the MLB, to actually push back and say that this is unacceptable,” Hochman advised. “This is America’s pastime.” The MLB is “getting away with” this “partially because I think a lot of fans just don’t have time to pay attention.” But the choice is clear: either fans pay attention, or they’ll inadvertently pay to fund gender transition surgeries on minors.

Hochman suggested a second prong to operate alongside fan-based pressure, to help restore the MLB to its senses, namely politics. “Ron DeSantis in Florida … demonstrated to Disney that there are going to be political consequences if they try to inflict this stuff on Florida’s children.” Stuck between political and social pressure, baseball teams might just return to playing ball.

The idea is “turning this into an actual movement,” Hochman explained, “that changes the incentive structure for organizations like the MLB, so that they realize that they’re actually going to get more grief from the Right and from conservatives, that they are going to get from the Left and from progressives.”

Building a movement takes time, commitment, and a lot of persuasion. But it’s possible. And, to save a generation of young people from permanent, bodily harm, it’s essential.