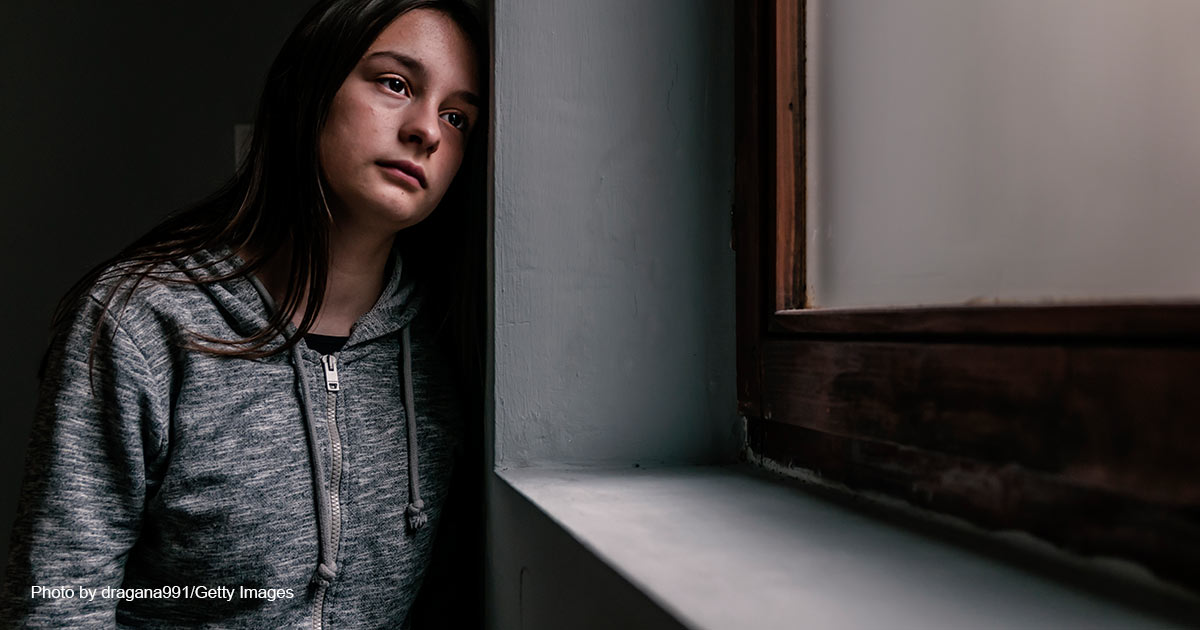 My strategy was to be unseen. I became numb. Most abuse victims don’t know they are victims. We just know that this is life. — Darlene, survivor

Darlene was 13 when she was first molested. To this day, she remembers running and hiding under the bed, desperate to disappear. “It just sort of flipped a switch in me, because I had no safe place anymore.” Fatherless, she watched her mom go from one abusive relationship to the next, until one day Darlene just stopped going to school. “That was when my world seemed to completely spiral out of control,” she admits. “[A] guy came to my neighborhood who was so jovial and so friendly to everybody. He was so magnetic is the only thing I can think of. All the kids in the neighborhood gravitated to him — and I had no idea that I was his target.”

By her 14th birthday, she was a commodity. “The first time he sold me was to a businessman,” Darlene thinks back. “He was a bouncer at an illegal gambling ring, and he’d bring me to that back alley — and he’d leave me in the car and men would use me there, over and over and over. And then when he opened the door, he said, ‘Gee, you look like hell.’ … I was beaten, gang-raped, drugged, dragged, and bruised in a sick game of dehumanization.” No one, not even her mother, stopped it. “Sometimes I was out on the streets for days at a time, sometimes weeks.” Her buyers were businessmen, city councilors, professionals, criminals.

After she’d been passed around for five years, she was sold to a man who told her, “in graphic detail how he’d forced other girls to have an abortion.” By that point, Darlene had been trafficked so long, she thought she couldn’t get pregnant. “I didn’t think it would happen,” she said. Until she did. When her abuser found out, he threatened to kill her if she tried to escape without having an abortion. “He even threatened to do it himself.” Terrified, she threw herself at his feet, begging him not to force her. He threw the phone in her lap and waited until she called and made an appointment. “In my mind, I had no choice,” she remembers.

Years have passed, but there are thousands of other Darlenes trapped in horror stories like hers. This very second, there are men online, in malls, walking through neighborhoods, luring girls away from unhappy homes with one goal: to sell them and use them for sex. Like Darlene, they’ve been kicked, beaten, starved, punished, and forced to subject themselves to a level of brutality and humiliation most of us can’t comprehend. Most of these young girls end up pregnant — as many as 71% according to one report. And not just once. Multiple times. “A third of women trafficked ‘underwent numerous abortions as victims of trafficking’” — most against their will.

Now, with Roe v. Wade gone, and abortion activists frantic to protect their biggest business, the plot has become more sinister: abortion pills, through the mail, where no one has to know. The new back-alley method that gives predators like Darlene’s an even easier way to inflict harm.

Before the abortion industry invented chemical killing, there was at least a good possibility that abused and hurting girls would see an adult face to face, a nurse or health care worker in a safe place where they could tell the truth and get help. And while abortion centers like Planned Parenthood’s were notorious about covering up these nightmarish crimes, there was a better chance of teenagers breaking their silence and getting rescued — than removing all supervision and forcing them to go through this dangerous abortion process alone.

As so many doctors have warned, these are lethal drugs. The Left tells women that it’s a simple, safe, natural, and private process. What they don’t tell them is stories like Solome’s. “I had blood all over my legs and went in the tub to wash them. The cramps got so bad I couldn’t even move. I couldn’t even cry...” she testified to the Congressional Pro-Life Caucus. “I couldn’t get to my phone to dial 911 and go to the emergency room...” There was so much pain and blood, she thought she might die. “I haven’t really healed from my experience, and I don’t know if I ever will.”

Imagine the harm rapists and other predators could do if these drugs were as available as the Biden administration is demanding. Children, innocent women, and sex victims of all kinds would be in an endless cycle of violence — with no guarantee that they would survive the complications. Because the last place a serial abuser is going to rush his victims is an emergency room where the girls would have easy access to law enforcement.

And yet, President Biden, controlled by the radicals in his party, has decided to take the side of those monsters, demanding that states make it easier for everyone to get their hands on these deadly drugs. In a term that has redefined extremism, he has decided to become the president of predation. “As our nation faces another significant health care crisis, this guidance is to remind the roughly 60,000 retail pharmacies in the United States of the unique role pharmacies play in ensuring access to comprehensive reproductive health care services,” according to Health and Human Services.

This, Dr. Ingrid Skop warns, despite the fact that chemical abortions have four times as many complications as surgical abortions. The Biden administration, she explained on “Washington Watch,” took away all in-person supervision.

“They can get it delivered by mail without ever encountering a doctor. … [And] these medications work by cutting off hormonal support and then causing contractions. The further along a woman is, the more likely it is to fail. When it fails there, the woman is at risk for infection. She’s at risk for hemorrhage. And that tissue that does not pass out has to be removed surgically. Even under the prior recommendations, using it up to 10 weeks gestation, about 5-8% of the time it does fail and the woman needs surgery. But in this new world where nobody’s even checking to find out how far along she is, it’s going to fail more frequently.”

For any woman, those are inhumane odds. For a woman trapped in a life of sex abuse, it’s a death sentence. The idea that anyone — let alone the leader of the free world — would try to push this poison on innocent mothers and children is abhorrent. What he’s telling the desperate, hurting girls like Darlene is that there’s no way out. That there is no safe place. “Women who are in this situation,” she tells people now, “need healing. They need guidance, they need compassion. But they don’t need abortion.”

She should know. The night Darlene begged her captor for her baby’s life, she had a dream — of a little face, part of a hand “with those distinct stubby fingers,” part of a ribcage. Looking back, she knows it was supernatural, a window into a womb she didn’t know. She woke up, raised her arms in the air in an act of desperation, and said, “God, if you’re real, I need you to show up.” He did, hatching a plan for her to escape with the help of a social worker assigned to track her as a runaway. She faked her abortion and found her freedom.

Darlene was saved by heroes — people who valued her life and her baby’s. Girls everywhere deserve a government and a president who does the same.