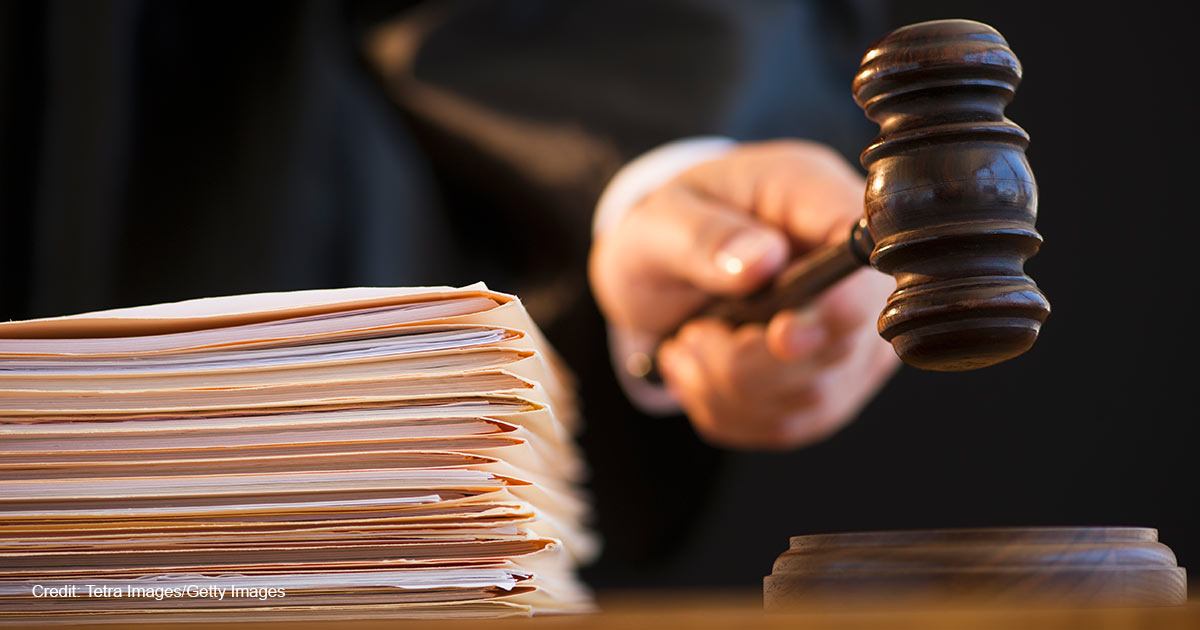 In an opinion referencing unicorns and the Netflix original “Stranger Things,” a federal judge appointed by President Obama blocked part of a law enacted by Florida Republicans and Governor Ron DeSantis (R) to combat woke ideology. You’d expect his opinion to contain the typical ideological screed — light on the logic, heavy on the racism, and hold the freedom. But it doesn’t.

I know, I know, partisan lines are drawn, the battle is joined, and politics is a fight to the death. “He which hath no stomach to this fight / Let him depart,” said Shakespeare’s Henry V. But, prithee, hear him out before you dig his grave.

Mark Walker, chief judge of the U.S. District Court for the Northern District of Florida, reasoned that Florida’s Individual Freedom Act (IFA), also known as the Stop WOKE Act, “sweeps up an enormous amount of protected speech to ban a sliver of offensive conduct.” He also called the law unconstitutionally vague in some of its provisions.

The IFA prohibits employers from holding mandatory training “or any other required activity that espouses, promotes, advances, inculcates, or compels” someone to believe a list of concepts deemed to constitute “discrimination based on race, color, sex, or national origin.” The prohibited, racist concepts include:

The law was challenged by “both employers who wish to mandate trainings now barred by the IFA (Plaintiffs Honeyfund and Primo [a Ben and Jerry’s franchise]) and a diversity and inclusion consultant who gives such trainings (Plaintiffs Orrin and Whitespace Consulting).”

Walker’s opinion laid out a three-part argument, responding to Florida’s contentions. First, he reasoned that the IFA regulates speech. “Though trainings are admittedly at the center of this case,” he wrote, “the IFA does far more than ban mandatory trainings. It bars ‘any … required activity’ at which the eight forbidden ‘concepts’ are discussed and endorsed. … Conceivably, that includes trainings, phone calls, assignments, discussions.” But the IFA also does less than ban mandatory trainings, Walker continued, as mandatory trainings may cover the subject matter of the eight forbidden concepts so long as they “condemn or take no position on” them.

"Take that idea further. Because the IFA covers any required activity, an employer could require every employee to read ‘Woke, Inc., Inside Corporate America’s Social Justice Scam’ but could not require employees to read ‘The Color of Law.’ Worse still, a nonprofit corporation devoted to promoting the idea that white privilege exists could not hold a required meeting at which it endorses the concept of white privilege. But a nonprofit holding the opposite view could freely hold meetings criticizing the concept of white privilege."

So, Walker concludes that the IFA discriminates against certain viewpoints in speech. The Supreme Court has long held viewpoint discrimination to be an unconstitutional violation of the right to free speech, as guaranteed by the First Amendment — a holding that has often benefited conservatives and especially Christians.

Second, Walker reasoned that the IFA does not regulate speech incidentally to regulating conduct, which is sometimes permissible. “As Defendants’ [Florida’s] counsel candidly conceded, the IFA’s rule cannot be understood without reference to the underlying speech’s content,” he wrote.

Third, Walker reasoned that the IFA did not pass “strict scrutiny,” the stringent test courts have applied to violations of constitutional rights. To justify a limitation on a constitutional right that courts subject to strict scrutiny, the government must demonstrate that a law is “narrowly tailored to serve compelling state interests.” He argued that “foisting speech that the State finds repugnant on a ‘captive audience’” was not a legitimate state interest, and that the law was not “narrowly tailored” to any broader objective “like prohibiting discrimination.”

Under this point, Walker distinguishes concepts “such as suggesting that white privilege exists (concept 3) or that people should consider another person’s race or sex when interacting with them (concept 4)” that are “widely-accepted ideas” from concepts that no one could object to banning, such as “[m]embers of one race, color, sex, or national origin are morally superior to members of another race, color, sex, or national origin.” Is Walker tipping his cards here? Is this favoritism to a woke ideology?

But Walker makes an interesting admission in the preceding paragraph. “A diversity and inclusion training could be so offensive and so hostile to White employees, that it could create a hostile work environment. That is already illegal — as both parties acknowledge.” Surely that spices things up! Whose side is this judge on?

That’s the point. A judge is not supposed to be on “a side.” Our adversarial judicial system, where two parties argue their sides of the case in front of a judge, relies upon judges maintaining their independence and impartiality. God defines justice in court, “You shall not be partial to the poor or defer to the great, but in righteousness shall you judge your neighbor” (Leviticus 19:15).

Supreme Court Justice Amy Coney Barrett, whom President Trump nominated to the nation’s highest court in 2020, explained her judicial philosophy, originalism, this way: “In English, that means that I interpret the Constitution as a law, that I interpret its text as text and I understand it to have the meaning that it had at the time people ratified it. So that meaning doesn’t change over time. And it’s not up to me to update it or infuse my own policy views into it.”

So, who’s the villain of this narrative? In our rabid media environment, with our over-sensitized notions of righteousness and group purity, it is easy to assign blame. In fact, our addiction to the cathartic response demands that we do so. If nothing else, villains make a narrative more interesting. But sometimes, it’s not so simple. “Let every person be quick to hear, slow to speak, slow to anger; for the anger of man does not produce the righteousness of God,” (James 1:19-20).

Perhaps a preliminary question should be, is there a villain in this narrative? To the extent there is one, perhaps it’s the companies who, by challenging the law, implicitly admit that they are promoting racism. It’s hard to say that Judge Walker is the villain. He did (partially) halt a law combatting wokeness. But he did so by simply applying longstanding constitutional principles — principles which conservatives have an interest in preserving, because we often benefit from them.

It’s also hard to say that the state of Florida is the villain. The law does seem to veer dangerously close to viewpoint discrimination. But Florida’s object in protecting private employees from woke indoctrination, or race-based brow-beating is laudable. The fact is, Florida’s state government is trailblazing on anti-leftist policy with rare vigor. This type of state trailblazing — sometimes called the “laboratory of democracy” — is good. But when blazing a trail through uncharted wilderness, you might just slip down a few slopes. That’s why our system also has checks and balances, so that individual rights are protected, and the give-and-take moves everyone forward.

While the legal journey of the IFA’s employment provision is far from over (it could take months or even years), another lawsuit by the ACLU has already been filed against other provisions in the law, which deal with education.

Instead of a villain, some stories have a moral. In this small setback, Florida Republicans have an opportunity to learn, improve, and continue leading the fight against racist indoctrination. Prudent statesmen will take the opportunity to ask themselves: How can we implement this good idea, more in keeping with all of America’s core values? It might take some hard work; there isn’t a self-evident answer. But, to Florida’s statesmen, let us urge, “once more unto the breach!”