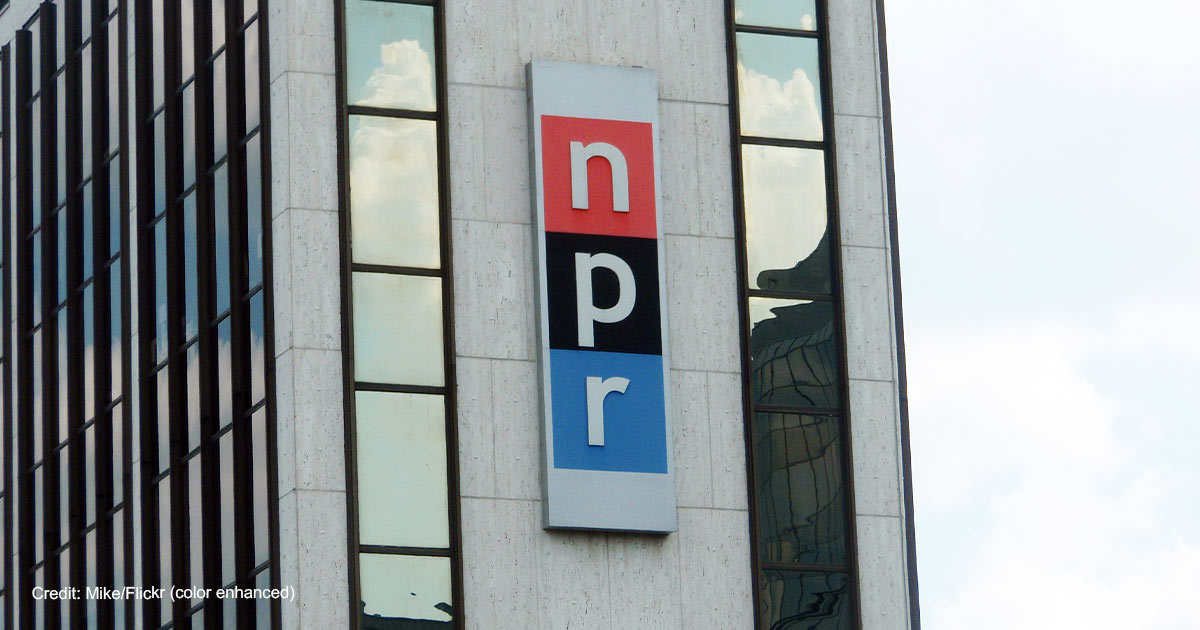 Although National Public Radio (NPR) receives only a small percentage of its funding from federal grants, its name represents a claim that a study of its news coverage renders suspect.

“National Public” infers an effort not only to access the entire country but also to represent the people — the public — of that country. America is now a nation of sharp edges. Theologically, politically, philosophically, and even in the way one understands the nature and role of science in public debate, the divisions are increasing and deepening. Yet those differences do not diminish something profoundly important: We remain one country, and the sincerely-held and quite distinct beliefs of all citizens merit faithful representation in public forums.

So, you would think that an organization that “was founded on a mission to create a more informed public” would at least be interested in fairness. If so, think again — at least when it comes to one of the biggest stories of recent years, June’s Supreme Court decision to return abortion policy to the states.

From January through September 30, 2022, NPR ran scores, perhaps hundreds, of stories, long and short, on abortion. In a review of their headlines, not one of them indicates anything favorable about the Dobbs ruling ending the abortion-on-demand regime of Roe v. Wade. Here is a small sampling:

May 30, 2022: “A counselor at Mississippi’s only abortion clinic shares her story.”

June 27, 2022: “A woman reevaluates her anti-abortion rights views after adopting a child.”

There is not even a pretense of evenhandedness in these and the copious other stories presented by NPR on abortion. The headlines are repetitively indignant, fear-mongering, and biased. This is not news. It is propaganda.

What is most irksome about NPR’s anti-natalism crusade is that the network describes its journalists as “watchdogs,” committed “to the core principles of honesty, integrity, independence, accuracy, contextual truth, transparency, respect, and fairness for the people we serve and the people we cover. We know that truth is not possible without the active pursuit of a diversity of voices, especially those most at risk of being left out.”

When it comes to abortion, there is no “diversity of voices” on NPR, only a choir of liberal incantation. The beauty and simple scientific reality of personhood within the womb is never mentioned in its massive coverage of American abortion policy. I use the term “never” not rhetorically but quite literally.

Here are some questions a journalist with “honesty, integrity,” etc. would ask of the next abortion “rights” advocate to appear on NPR:

This is not a comprehensive list, but represents at least some of the questions NPR’s “watchdogs” fail to ask. And are unlikely to, unless the organization hires some journalists who at least respect the scores of millions of Americans who do not find in abortion a moral or medically necessary practice.

Advocacy journalism has its place. There is nothing wrong with having and articulating a point of view. What’s maddening is when a reporter or a news outlet pretends to be a guardian of fair and dispassionate truth-telling all the while offering only one perspective on any given issue.

“There is always inequity in life,” John F. Kennedy observed. “Some men are killed in a war and some men are wounded, and some men never leave the country. … It’s very hard in military or in personal life to assure complete equality. Life is unfair.”

True enough. But while life might be unfair, true journalism shouldn’t be. Especially when the stakes are matters of life and death for those with no voice, the little ones in the womb.