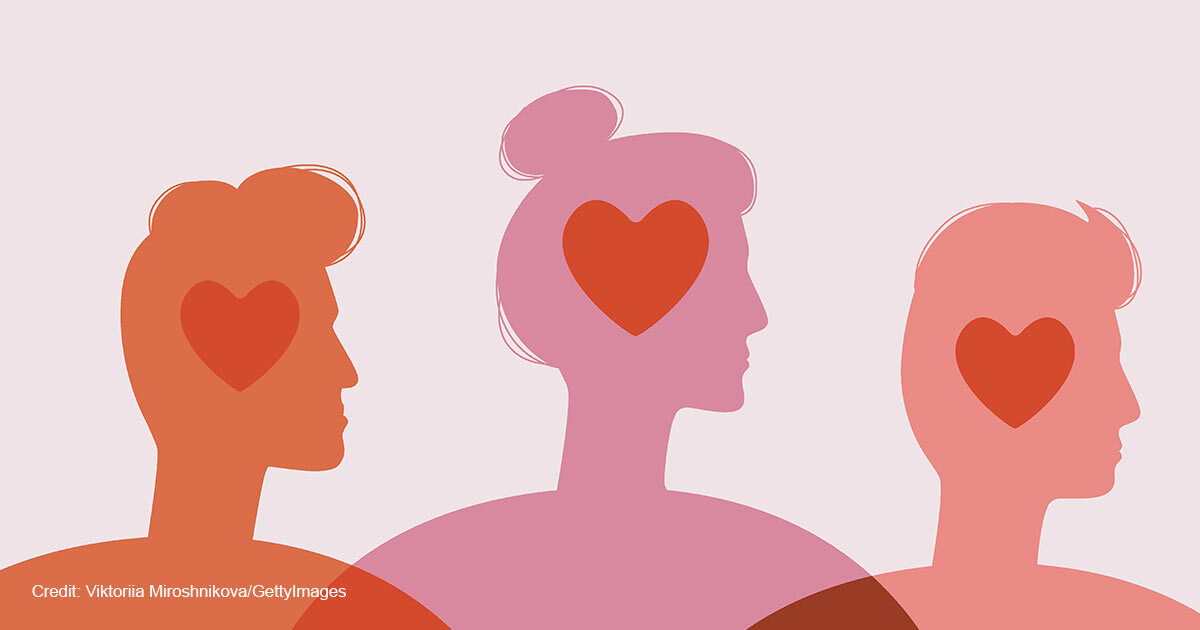 NY Judge: The ‘Time Has Arrived’ to Legalize Polygamy

A funny thing happened to the Democrats’ same-sex marriage bill on its trip from the House to the Senate: people actually started reading the legislation. When they did, an uncomfortable reality set in — nothing in the text explicitly outlawed polygamy. It was just a “drafting error,” the more liberal senators claimed. But it wasn’t a “drafting error” when a New York judge recognized polyamory late last month. How much longer until the party who wants “love” to be the legal basis for every relationship follows suit?

The decision by trial court judge Karen May Bacdayan should have been frontpage news. After all, she essentially gave New York’s blessing to polyamorous unions in her September decision, declaring that “… the problem with [previous same-sex marriage rulings] is that they recognize only two-person relationships.”

At the heart of the case was an apartment dispute, triggered when a tenant, who had a gay spouse living elsewhere, died. The landlords argued that the man he did live with didn’t have a right to renew the lease because the two weren’t married. When the roommate objected, arguing that he was a “non-traditional family member,” the judge decided to hold a hearing on whether all three were romantically involved.

Bacdayan pointed to two same-sex union cases, New York’s Braschi v. Stahl and SCOTUS’s Obergefell v. Hodges, explaining that both major rulings “limit their holdings to two-person relationships.” Those decisions, she agrees, were “revolutionary,” but they “still adhered to the majoritarian, societal view that only two people can have a family-like relationship.” In other words, “only people who are ‘committed’ in a way defined by certain traditional factors qualify for protection …” As far as she’s concerned, Braschi and Obergefell “open[ed] the door for consideration of other relational constructs — and perhaps,” the judge insisted, “the time has arrived.”

The Supreme Court predicted this day would come, Bacdayan pointed out, referring people to Chief Justice John Roberts’s 2015 dissent. “Although the majority randomly inserts the adjective ‘two’ in various places,” Roberts wrote, “it offers no reason at all why the two-person element of the core definition of marriage may be preserved while the man-woman element may not. … If not having the opportunity to marry serves to disrespect and subordinate gay and lesbian couples, why wouldn’t the same imposition of this disability… serve to disrespect and subordinate people who find fulfillment in polyamorous relationships?”

Only “implicit majoritarian animus” would limit the definition of commitment to two people, Bacdayan argued. “Why does the relationship have to be characterized by ‘exclusivity?’” Why indeed. What is marriage if not exclusive?

Katy Faust, founder of Them Before Us, is happy to explain why society has been so intent on prioritizing man-woman marriage until now. “Every novel iteration of modern family infringes on the rights and well-being of children in a novel way,” she told The Washington Stand. “Same-sex marriage denied children a relationship with their mother or father. Polyamory insists children share living spaces with an unrelated, and often rotating, cast of adults. Far from simply having ‘more adults to love them,’ this household structure increases a child’s risk of abuse and neglect and starves them of the stability needed for a thriving life. No matter how ‘tolerant’ and ‘progressive’ society becomes, it never changes the reality that children need, deserve, and have a right to their own married mother and father living with them, and loving them, every day.”

The media laughed off the conservative movement’s concerns about the slippery slope when Democrats pushed to sexualize the military 20 years ago. Now, almost two decades later, with American parents in the fight of their lives over transgenderism and judges are paving the way for “plural marriage,” it unfortunately proves we were right. The LGBT’s fight was never about marriage — it was about every social norm.

Back in 2003, the late Justice Antonin Scalia warned of a day when state laws “based on moral choices” against “bigamy, same-sex marriage, adult incest, prostitution … adultery, fornication, bestiality, and obscenity” would all fall. At the time, people thought he was being dramatic. Exaggerating, even. But they don’t think so anymore. An astonishing 23% of the American public thinks polygamy is “morally acceptable” in 2022, Gallup shows — more than triple what it was (7%) when Scalia sounded the alarm.

And why not? If “love” and “consent” are all that defines a relationship, then proponents of incest, pedophilia, and group marriage can follow the LGBT playbook all the way to validity. “If my liberal friends recognize the legitimacy of free people who choose to form romantic partnerships with multiple partners,” Fredrik DeBoer wrote in Politico right after Obergefell in 2015, “how can they deny them the right to the legal protections marriage affords?”

Since then, the American Psychological Association has formed a task force to give “consensual non-monogamy” protected legal status, and towns in two states — Massachusetts and California — have followed through with it. Now, the idea is apparently so not scandalous that the entire House of Representatives didn’t bother to include a prohibition on polygamy in the only major piece of marriage legislation since the 1996 Defense of Marriage Act. Was that truly an honest mistake — or did the Left just get caught? It’s hard to tell in a Democratic Party bent on sexual anarchy.

Either way, Family Research Council’s Mary Beth Waddell points out, it’s all the more reason that “senators must not be rushed into a cloture vote on the so-called Respect Marriage Act and must read the final bill text for themselves to ensure that there are no ‘drafting errors’ or ‘unintended consequences’ regarding religious freedom. A rushed vote and reliance on talking points is what led 47 House Republicans to preemptively support polygamy.”

The Left has been quick to say that polygamy isn’t the next gay marriage. But who could possibly take them seriously? First, they promised they just wanted to “live and let live.” Then they said they only wanted legal benefits — not marriage. When Democrats got marriage through the courts, they vowed not to force it on the states. After they forced it on the states, they said it wouldn’t lead to religious persecution. Now, you can’t open a newspaper without seeing a lawsuit involving Christian business owners, Christian teachers, Christian schools, and Christian adoption agencies, all fighting for their lives in this brave new world of “tolerance.”

The reality is, once a nation rejects God’s design, basic biology, and thousands of years of human history, there are no boundaries. We are a country building its policies on society’s shifting sands, and if we aren’t careful, the end result will be an America we will not — and cannot — recognize.