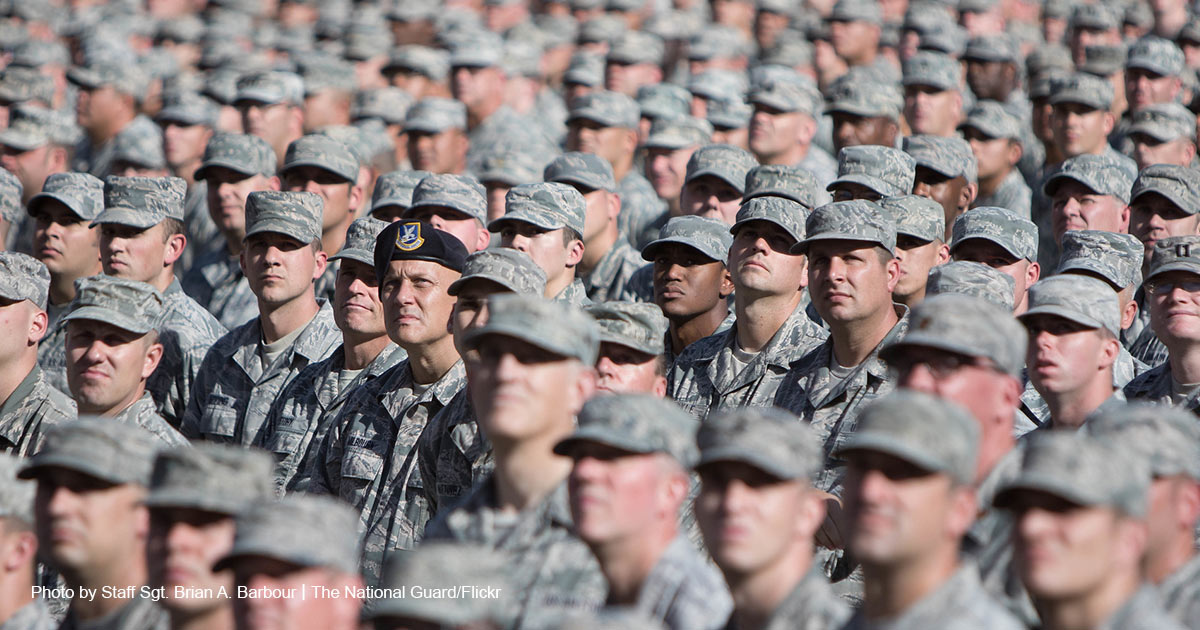 ‘Peace Through Strength’ Is Still a Good Motto

America is under threat. This is not news in itself, but the kinds of threats we face are of a different sort than in previous years.

The list of specific dangers is long and disturbing. It includes, said the general, “more lethal, ballistic and cruise missiles.” Additionally, “China is growing nuclear stockpiles of modernized conventional forces and … the use of ambiguous unconventional forces, foreign proxies, information manipulation, cyber-attacks and economic coercion,” the general noted.

As one example, China is working hard to expand its naval presence. It has launched a “dogged campaign to build a global network of commercial ports and naval bases” and will soon be sending “troops and ships” to the Solomon Islands to maintain “social order.” As Brett Sadler of the Heritage Foundation’s Center for National Defense reports, this will place “Chinese forces near vital U.S. bases in Guam and deep in a region critical for Australian security.”

Equally troubling is that America’s own navy is unprepared for the challenges confronting it. As John Lehman, President Reagan’s secretary of the Navy who oversaw the greatest expansion of American naval power in our history, wrote recently, “The Navy and Marine Corps today face challenges similar to those of the late 1970s. The force is tired from 20 years of nonstop operations (and) procurement has been insufficient to build and maintain a force needed to meet the demands levied against it.”

The Chinese are even trying to access the personal computers of ordinary American citizens. Their “tactics include disguising and routing malicious traffic through non-Chinese infrastructure so as to avoid suspicion,” reports cybersecurity expert John Riggi. Riggi says that “the Chinese government continues to exploit home routers, which is of significant concern in this era of the remote work environment.”

The good news is that our military and intelligence agencies are taking action. In a recent report, the Federal Bureau of Investigation said that confronting China’s “counterintelligence and economic espionage efforts” is “the FBI’s top counterintelligence priority.” FBI Director Christopher Wray noted that China is the single “greatest long-term threat to our nation’s information and intellectual property, and to our economic vitality.”

Separately, Wray explained that Chinese efforts are not only external. In November 2021, “a Chinese intelligence officer named Xu Yanjun was convicted of economic espionage in Cincinnati.” Wray reported that Xu was “part of the Chinese Ministry of State Security,” a spy service, and that Xu “was in a unit responsible for stealing aviation-related secrets.” Specifically, “Xu was targeting an advanced engine made by GE and a foreign joint venture partner.”

Congress is also responding. It is gratifying, for example, that the House of Representatives recently passed an $839 billion National Defense Authorization Act by a bipartisan majority of 329-101 (180 Democrats, 149 Republicans). This was “$37 billion more than the administration sought in military spending.”

According to Politico, the measure “rebukes several of Biden’s national security plans. Members [of Congress] maintained a nuclear cruise missile the administration planned to scrap, hampered F-16 sales to Turkey, and limited the number of aircraft and ships the Pentagon can retire.”

Of course, the bill was not without social controversy. In an era when elective abortion has become a liberal hyper-obsession, Democrat “progressives” sought to “roll back restrictions on performing abortions at military medical facilities as well as limits on Pentagon funding for the procedures.” Realizing that this would be like sticking a tire iron into the spokes of a racing motorcycle, House Democrat leaders refused even to let this proposal reach the House floor. For once, providing for the “common defense” took precedence over radical sexual autonomy.

An ancient Roman adage, “Si vis pacem, para bellum,” translated into English means, “If you want peace, prepare for war.” Or, as President Reagan often reminded us, we maintain peace through military strength. Enhancing that strength will be one of the greatest challenges facing the American people in the decades to come.