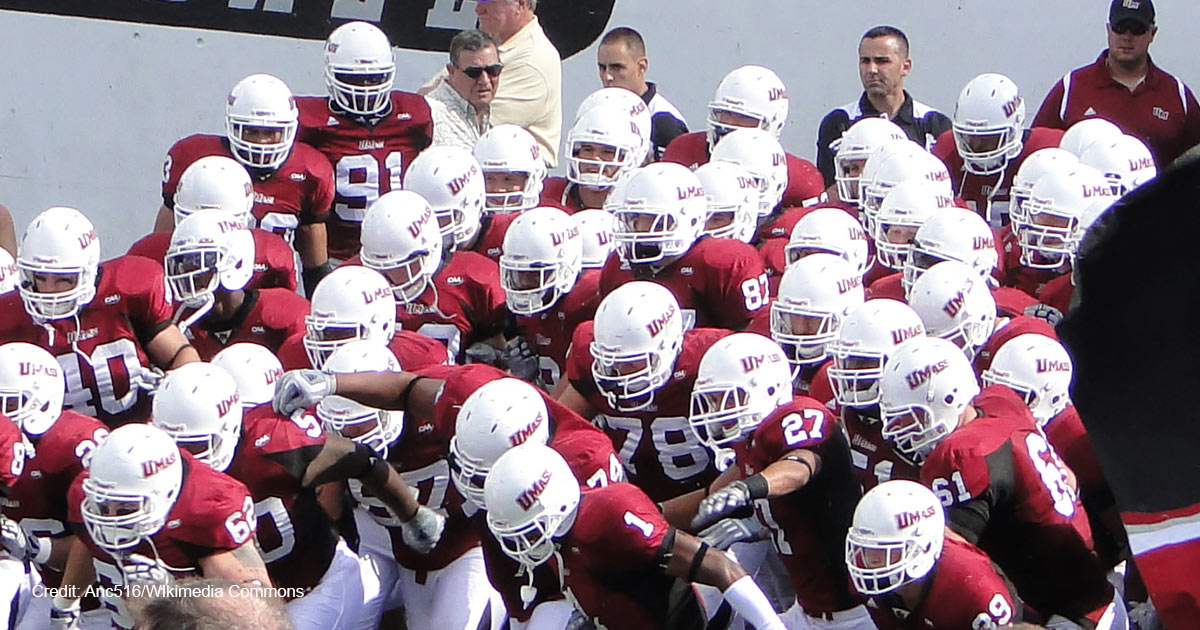 College football season is back — and so is the politicization of a fall pastime that used to unite Americans across the aisle. This year’s game day rivalries on the University of Massachusetts’s home field consist of a little more than fans with opposing school spirit. With plans to host the Liberty University Flames on their territory for their October 8 home game, UMass announced that the game day will also be “Pride Day.” They will be handing out rainbow-clad trucker hats to Minutemen fans with ticket purchases as they face off with their evangelical Christian opponents on the field.

“I think that it’s disappointing that UMass would choose to do something so controversial and pointed,” one student at Liberty, John Kebles, told The Washington Stand. “It could have been a day of friendly competition. and now it feels like an attack against the school’s values and the Christian worldview.”

Founded with Baptist roots by the late Jerry Falwell Sr. in 1971, Liberty University in Lynchburg, Virginia is the largest evangelical Christian university. The school is known for its Bible-based academics and providing education through the lens of a conservative Christian worldview. With over 130,000 students enrolled (including online), the university has 500 student athletes with 20 NCAA Division I programs in their athletics department.

In their student honor code booklet, “The Liberty Way,” the school issues a statement on sexuality and relationships, reiterating their stance, “Sexual relations outside of a biblically-ordained marriage between a natural-born man and a natural-born woman are not permissible at Liberty University.” The following paragraphs go on to outline that this encompasses both extramarital sexual activity and same-sex relationships. It reads, “Statements and behaviors that are associated with LGBT lifestyle are prohibited. For example, romantic displays of affection with a member of the same sex (e.g., hand-holding, kissing, dating, etc.) and actions confirming denial of biological birth sex (e.g., asking to be referred to by pronouns inconsistent with one’s birth sex, using restrooms and changing facilities reserved for persons other than one’s birth sex, etc.) are prohibited.”

As Liberty has chosen to hold its student body to a standard of biblical conduct, it has garnered its fair share of pushback — both internally and externally. However, according to Kebles, students go to sporting events to cheer on the Flames, not to make political statements. “We like our football and hockey games. While Liberty has been in the news cycle, our football games aren’t very politically charged. We say a prayer and play the national anthem like everyone else used to.”

What Twitter respondents are calling “trolling” by UMass is not an original response to the conservative university’s stance on LGBTQ issues. Earlier this month, the Northwestern Wildcats beat the Lady Flames in a field hockey national championship rematch. They designated the night a “Pride Game” in order to “celebrate diversity,” complete with themed workout wear. In contrast with Liberty’s stance on sexual orientation and gender identity, both Northwestern and UMass affirm LGBTQ identity and relationships among their student body.

Despite the pushback they receive, Kebles told TWS that, in his experience, there is a lot of kindness and school spirit at Liberty. “I think people have a misconception that just because you stand on God’s Word that you are immediately bigoted or hateful. Everyone I met at Liberty was extremely friendly and loving, and a lot of people are still on their spiritual journey. But we definitely teach from a biblical worldview.”

“I think UMass is probably just trolling,” Kebles said. “I think they are within their rights to hold their Pride Day the same day they play us, but it’s in very poor taste and very poor spirit. Sports — like everything else — have been politicized.”

Both UMass and Liberty did not respond to TWS’s request for comment at the time of this article’s publication.