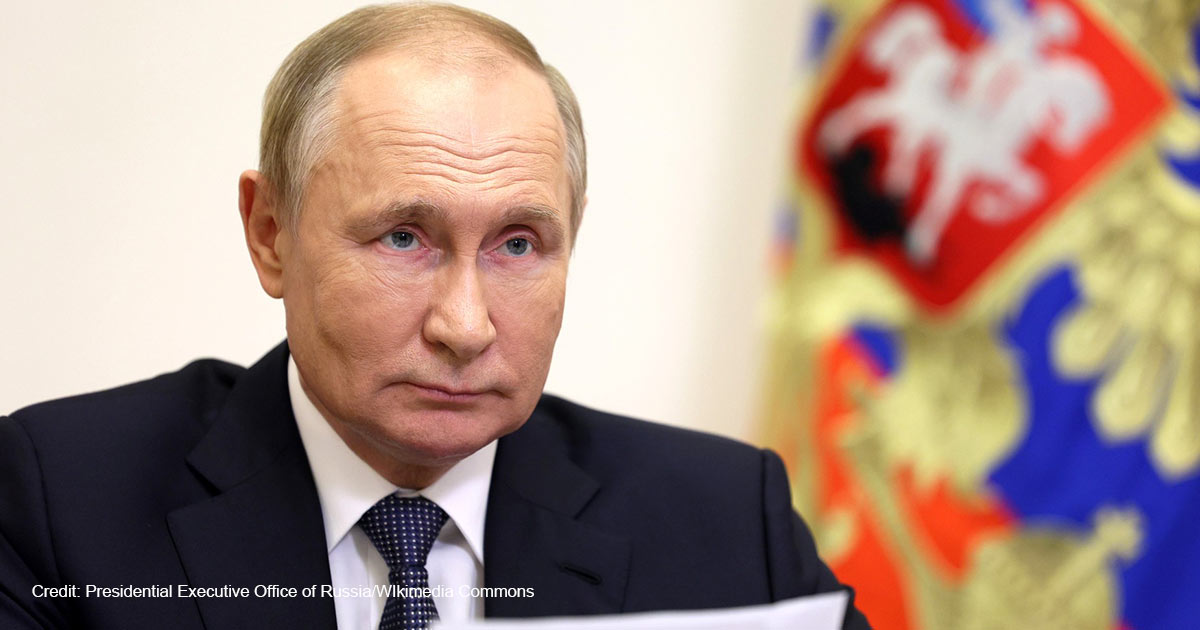 The House Progressive Caucus has now retracted the letter it sent to President Biden in which they call on him to negotiate with the war criminal Vladimir Putin. The Progressive Caucus, composed of the Democratic party’s 100 most liberal House members, urged Biden to “engage in a proactive diplomatic push, redoubling efforts to seek a realistic framework for a ceasefire.”

The caucus urged the president “to make vigorous diplomatic efforts in support of a negotiated settlement and ceasefire, engage in direct talks with Russia, explore prospects for a new European security arrangement acceptable to all parties that will allow for a sovereign and independent Ukraine.” Putin must have smiled upon hearing of this.

It’s hard to know where to begin with a dissection of this uninformed and mindless plea. First, a “negotiated settlement and ceasefire” can only occur if Putin pulls out of all the Ukrainian land his forces now occupy. He has said, dogmatically and insistently, that he will not do this.

Yes, Putin is for negotiations — based on Ukraine’s willingness to surrender large tracts of its territory to Russia. Less than a month ago, he “suggested that talks for ending the war should begin immediately. “He appealed to Ukraine to cease hostilities, withdraw its troops from the new ‘Russian’ territories and sit down at the negotiating table.” Oh yes — in the same speech, mimicking America-hating Iran, he accused the U.S. of “Satanism” for opposing his brutal assault on a peaceful neighbor.

Second, there is no need for a “new European security arrangement.” We have one — it’s called the North Atlantic Treaty Organization (NATO) and has been the linchpin of freedom in Europe since the beginning of the Cold War. When communism collapsed in Eastern Europe, what did the nations that had been under the Soviet Union’s thumb do? Did they plead with Moscow to re-initiate its “Warsaw Pact,” the alliance forced on the countries it controlled from East Germany to Bulgaria?

To the contrary: Czechia, Hungary, Poland, Bulgaria, Estonia, Latvia, Lithuania, Romania, Slovakia, and Slovenia joined NATO. Since 2009, Albania, Croatia, Montenegro, and North Macedonia have also joined. These formerly oppressed countries wanted an alliance with the free West, not the bitter and grasping thugs in Mother Russia.

Finally, what do the de facto socialists of the Progressive Caucus mean by an “arrangement” that is “acceptable to all parties?” Putin believes in unifying what he calls “the Russian world.” As explained by scholar Benjamin Young in Foreign Policy, Putin is dedicated to including within the current Russian Confederation all “ethnic Russians and Russian-speakers in former Soviet republics that extend beyond Russia’s national borders. In 2020, Putin appeared on state television and said that Russia’s unique civilizational identity needed to be protected via genetics and technological sophistication.”

This is Putin’s pretext for his invasion of Ukraine. It is grounded in ethnic pride (disturbingly, “genetics” has the ring of Nazism’s claim of Aryan supremacy) and a profound devotion to the superiority of Russian civilization. There can be no “arrangement” acceptable to Putin and his fanatical supporters and sycophants than the re-inclusion of all Russians, and the lands on which they live, into the embrace of the Kremlin.

Putin’s understanding of Russia transcends any beliefs about God, the rights with which He has endowed all people, or correcting past injustices. “Russia,” a combination of geography, ethnicity, and an undefinable, mystical national spirit, is his idol. And idols brook neither rivals nor compromise.

The Progressive Caucus’s appeal to its party’s leader, who happens to be our president, cannot help but remind us of British Prime Minister Neville Chamberlain’s pathetic knee-bowing to Adolf Hitler in Munich in September 1938. Chamberlain flew back to Britain claiming he had gained “peace in our time.” He did this at the expense of a free and independent Czechoslovakia and thereby signaled to the Fuhrer that his wolf-like appetite for conquest could go forward unabated.

Christians should pray that Vladimir Putin will repent and believe the gospel and that his religious devotion to the god of ultra-nationalism will be transformed into worship of the true and living God. We should pray for our brethren in Ukraine, for the suffering and dislocated people of that land, and for their invaders, the Russian troops compelled to fight in an unjust war.

But America and her allies must not believe that sweet reason and trusting acquiescence will induce the current Russian regime to abandon its war and the land it has seized. Russia must withdraw from Ukraine, even if compelled by a protracted and tragic conflict and with the continued military support of the United States. And Putin and his enablers must never be allowed to reenter the community of civilized nations as if their brutality can be forgotten.

To engage them on any other basis would not be diplomacy. It would be weakness informed by ignorance and cowardice. Ironically, that’s what Putin is counting on from the West. Let’s disappoint him.