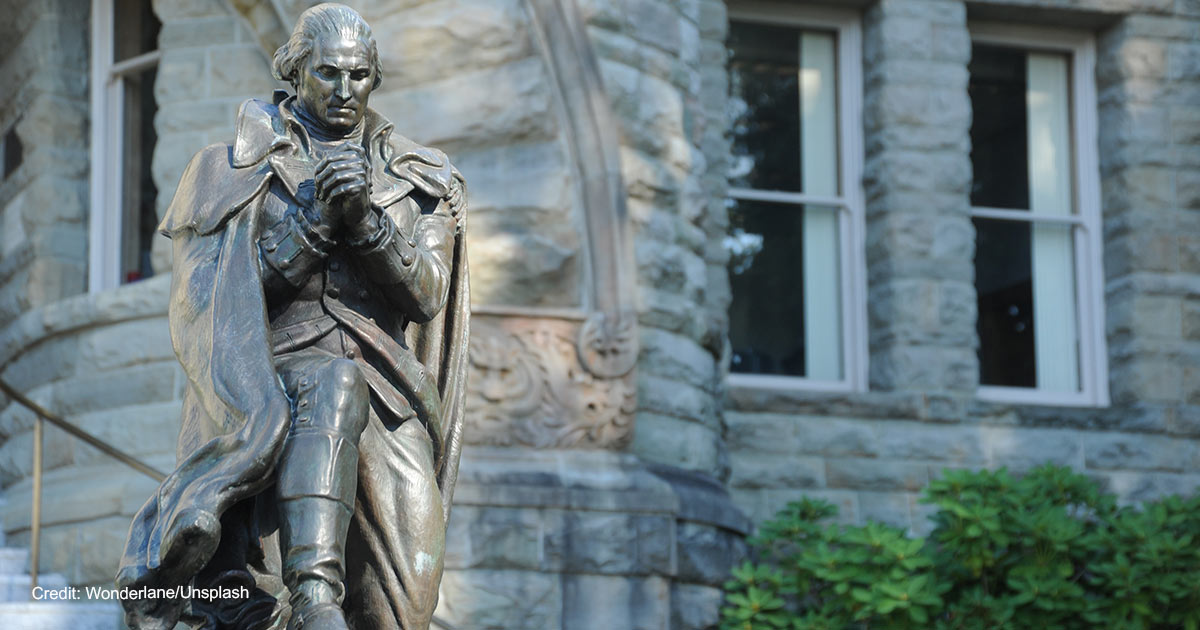 Regardless of Attacks, George Washington Remains

Some people seem to make a career of attacking America’s heroes. This is not to say anyone is above criticism or that our admiration for exceptional people should go from respect to reverence. Instead, there is a difference between dealing honestly with the flaws of the great and using those flaws to justify degrading them.

Recently, the “independent socialist” publication Monthly Review Online ran an article titled, “George Washington and genocide.” The piece accuses Washington of ordering, in 1779, “genocidal” action toward the Iroquois Confederacy during the Revolutionary War. Also recently, a historian named Rhiannon Koehler claims that in in doing this, “General George Washington embarked on the first genocidal campaign in U.S. history.”

Yes, the General ordered a subordinate commander, John Sullivan, to enter the lands of the Iroquois or “Six Nations” confederacy for the purpose of “the total destruction and devastation of their settlements and the capture of as many prisoners of every age and sex as possible.” Thousands of Iroquois were displaced, and many starved as dozens of their towns and vast acres of their crops and fruit trees were decimated by the American army.

However, Washington did not launch the invasion of the Finger Lakes region of New York state, then known as “Iroquoia,” out of cruelty. As Cornell University scholar Morris Bishop explained, several of the Iroquois tribes had been attacking “isolated frontier hamlets, pillaging, burning, and scalping. In the first days of July 1778, an expedition out of Niagara destroyed the settlement of Wyoming, near Wilkes-Barre in Pennsylvania.” The British leader of the raid, John Butler, “reported taking 227 scalps and only five prisoners.” And so it went for months, with hundreds of settlers killed by the Iroquois and the loyalist British-backed forces with them.

Washington had to act. So, he sent Maj. Gen. Sullivan to demolish the “bread basket” of the Six Nations. In the process, at least 200 Native Americans, probably including some women and children, were killed. Some of Sullivan’s men scalped those they killed and committed other atrocities. These things were never Washington’s intent; he explicitly commanded Sullivan to capture prisoners. Yet to this day, the Iroquois (more properly, the Haudenosaunee) call Washington Conotocaurius, or “Town Destroyer.” His army razed their well-constructed, permanent villages and laid waste to huge quantities of their food. That they do not remember him with fondness is understandable.

With that said, there is another context in which the “Town Destroyer” operated, that of the centuries-old pattern of astonishing violence by the Iroquois themselves. For example, when the Six Nations attacked their neighbors the Hurons, “their vengeance knew no limit. Of the 30,000 Hurons, a few thousand survived.”

The Iroquois also destroyed other large and powerful tribes: The Mohican, Susquehannock, Erie, Attawandaron, and Petun were annihilated to the point that their few remaining members were absorbed into other tribes or, as remnant bands, fled far to the West. If someone wants discuss genocide, perhaps he should consider the Iroquois way of war-making.

The American expedition against the Iroquois was not genocidal. And as to Washington’s relationship with Native Americans, he fought with and against them from his earliest years as a soldier. As commanding general of the American army, he knew where his duty lay. “Brothers, I am a warrior,” Washington said in 1779 when discussing the Sullivan expedition with a group of Lenape (Delaware) leaders. “Tis my business to destroy all the enemies of these states and to protect their friends.”

As chief executive, Washington continued the traditional policy of fighting those who threatened the new American republic, including Indians who attacked American settlements and outposts. While the Native American response to the theft of their lands and treachery over abandoned treaties gave rise to their understandable resistance, Washington acted according to his duty to defend frontier Americans.

Yet the Father of our country was pained by the way Indians were being treated. In his meeting with the Lenape chiefs noted earlier, he said, “You do well to wish to learn our arts and ways of life and above all — the religion of Jesus Christ. These will make you a greater and happier people than you are.” Some might see this as patronizing, but the reality of Indian warfare — both Indian against Indian and Indian against American — and the growth of the population in what was becoming the United States made these ideas seem the most reasonable to Washington.

When president, Washington wanted to do more. In his book, George Washington and Native Americans: “Learn Our Arts and Ways of Life,” historian Richard Harless says the president went so far as “suggesting that Native American tribes were worthy of a status similar to that of foreign countries.”

Sadly, the subsequent history of our dealings with our country’s indigenous peoples was often bloody and dishonest. However, this cannot be laid at the feet of Washington. When, in the 1920s, we were going through an earlier round of historical revisionism and critics were smearing the legacy of the first president, some journalists asked then-President Calvin Coolidge his thoughts about the damage to Washington’s reputation such attacks might make. The unflappable Coolidge simply “directed reporters’ attention to the Washington Monument outside his White House office. ‘He’s still there, I see.’”

He still is today. And there he will remain.