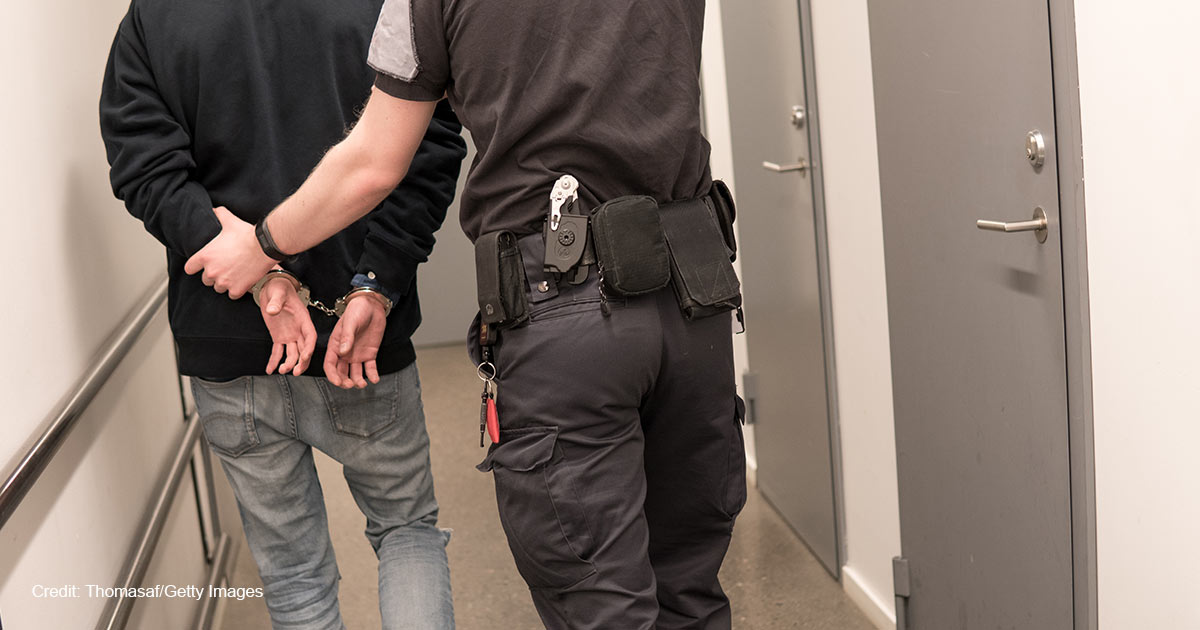 The U.S. Court of Appeals for the Seventh Circuit ruled last month that a Wisconsin prison could not force a Muslim inmate to submit to strip-searches by a guard who is biologically female, but who identifies as transgender and is employed as a male by the prison. “A prisoner’s right to be free from highly invasive intrusions on bodily privacy by prison employees of the opposite sex — whether on religious or privacy grounds — does not change based on a guard’s transgender status,” explained the court.

In Wisconsin prisons, inmates must disrobe for routine searches by two guards of the same sex, on occasions such as receiving outside visitors. During one such inspection in 2016, the Muslim inmate was observed by a guard who identifies as transgender, who was participating in the inspection. When he filed a complaint, the warden responded, “the officer in question is a male and is qualified to complete these duties.” The security director piled on, threatening him with discipline if he pursued the point.

The inmate did just that, filing a lawsuit against the prison, which was defeated in the district court before the Seventh Circuit reversed the decision. He appealed the denial of an exemption on the basis of the Religious Land Use and Institutionalized Persons Act (RLUIPA). “RLUIPA provides that a federally funded prison may not ‘impose a substantial burden on the religious exercise,’” the court explained.

They continued, “According to his Islamic beliefs, [the Muslim inmate] is forbidden to expose his naked body to anyone but his wife.” However, he shrewdly perceived that such a religious claim was unlikely to succeed. Prisons can likely satisfy strict scrutiny by demonstrating a compelling interest in prohibiting contraband, and that strip-searches are the least restrictive means. But the inmate also believed that “exposing his naked body to a woman [in contrast with a man] who is not his wife is the more serious violation,” the court continued, and therefore “he objects on religious grounds to being strip-searched by female prison employees.”

The prison flailed around for a reason why their policy did not substantially burden the inmate’s religious beliefs. They argued that he “has been approached for only one cross-sex strip search in more than two decades of imprisonment and cannot say when the next one will occur.” For this, the court takes them to task. They used the wrong timeframe, as the search came only six months after the female guard who identifies as male was hired. It isn’t a one-time, past incident, but an ongoing future problem. It’s the standing policy of the prison, which has instructed the prisoner “in no uncertain terms that he must submit to future strip searches.” The prison suggested the Muslim inmate could always request an exemption on the spot, but the court pointed out such exemptions have already been denied.

For the circuit court, the case boiled down to whether compliance with Title VII, the federal nondiscrimination in employment statute, enabled the prison to insist on cross-sex strip searches. To prove this point, the prison would have to show that allowing this exemption for the Muslim inmate would somehow “inflict an adverse employment action” against the guard who identifies as transgender. But there would be no change in compensation, no impact on career advancement, no hostile work environment, no “constructive discharge.” In short, “the prison offers no argument” that this exemption negatively impacts the employee who identifies as transgender.

Therefore, even under the chimerical, new contours of Title VII, as it was mutilated in the Supreme Court’s Bostock decision, the court found no reason that favoritism towards a person who identifies as transgender require the prison to deny this religious exemption.

The case presents an “ideological scrambler” for the leftist narrative of characterizing “religious liberty as a bigotry loophole for intolerant white Christians,” said The Wall Street Journal editorial board. Here is an adherent of another religion, who likely would agree with evangelical Christians on very little. On this point of basic sexual morality, virtually any religion older than five years agrees. Religious liberty protects this Muslim prisoner just as much as a successful Christian businessman.

Religious freedom should not be based on popularity or power. Rights available only to the privileged are hollow, worse than useless because they clothe oppression with respectability. The whole point of guaranteeing rights is to protect minorities from the encroachment of those with power. Demographically speaking, there are quite a few Christians in America, but that fact is irrelevant to the legitimacy of our tradition of religious freedom. The real test of religious freedom is whether adherents of smaller religions enjoy the same right of free exercise. In this Seventh Circuit decision, our laws pass that test.

This test is especially timely given the growing hostility of LGBT activists to longstanding Christian doctrines. No longer does Christianity enjoy the unquestioned dominance in America it once did. Private beliefs are ridiculed, public expressions are persecuted, and religious liberty itself has been threatened. But even if Christians are no longer culturally dominant, the religious freedom of Christians shouldn’t be threatened, because religious freedom is not based on popularity or power. Our law’s power to protect the religious rights of someone as marginalized as a Muslim inmate proves that they can work to protect the religious rights of Christians too.