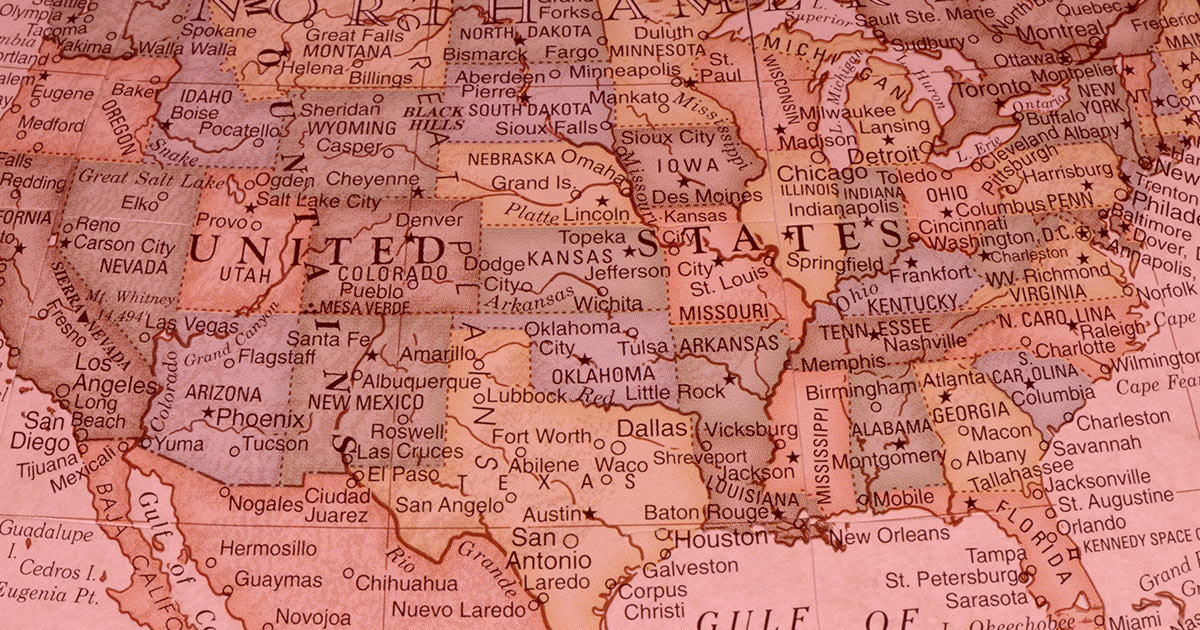 Parties who win state elections in redistricting years typically draw favorable lines that will aid their party in Congress over the next decade. For a number of reasons, despite Republican control of state legislature and governorships, the expected GOP boost did not materialize. One reason is that Republicans already dominated redistricting after the 2010 census, so there are fewer gains left to make. Additionally, the absence of a “red wave” meant that Republican candidates missed out on opportunities to pick up seats in many close races.

Another reason is that some Democratic state legislatures also gerrymandered districts aggressively, while many Republican state legislatures pursued a different strategy. “What a lot of states have done, save for a few — and Florida and Tennessee come to mind — is they’ve protected incumbents,” Matt Carpenter, director of FRC Action, explained on “Washington Watch.” “And so you have some very red districts that frankly are not going to swing.” While Republicans may yet achieve a slightly majority in the U.S. House of Representatives (nearly 30 races are yet to be decided), they will not receive much of a boost from the redistricting process.

To be sure, Republicans did gain seats in some states through redistricting. In Florida, Republicans passed a map adding four Republican-leaning districts and eliminating three highly competitive districts, according to FiveThirtyEight (Florida gained one seat in the census). In Florida’s ruby red landslide, Republicans won all the seats and knocked out three Democrats. Georgia Republicans turned a competitive district bright red by shuffling some Atlanta suburbs around, while Tennessee Republicans split Democratic-leaning Nashville among three red districts, each of which flipped a seat. Additionally, the census results reapportioned a second congressional district to Montana, which now has two red districts instead of one.

Meanwhile in New York (which lost a seat), a state court struck down a Democratic gerrymander that would have cut Republicans from eight seats to four. Under a new, court-ordered map, Republicans actually gained seats in the 2022 election, cutting the Democratic advantage from 19-8 to 15-10, with one close race undecided. All told, Republicans will gain two or three seats in New York, while Democrats will lose three or four. Combined with the intentional Republican pick-ups, Republicans gained nine or 10 seats, while Democrats lost eight or nine.

But Democrats pursued their own stratagems. In Illinois, Democrats gerrymandered districts back-and-forth across the state in ugly zig-zags, slicing Republicans from five districts down to three, gaining a Democratic seat even as the state lost a district to reapportionment. New Mexico Democrats redrew the state’s only Republican-leaning district into a highly competitive one that gave Democrats a slight edge — and then captured the seat by a slim margin. In Michigan, which also lost a seat, a commission redrew the lines to remove two Republican-leaning districts and add one competitive district, shoring up Democratic incumbents. As a result, one western-shore House seat slid from the R column to the D column for the first time. In Pennsylvania, Republicans also lost a seat to reapportionment after the Republican legislature and Democratic governor could not agree, and the state’s Democrat-controlled Supreme Court stepped in.

Republicans even lost redistricting seats in states they control. They suffered their own New York-style setback in North Carolina, when state courts replaced the Republican-favored map with one giving more options to Democrats. Democrats won two additional seats on the court-ordered map, while Republicans lost one (North Carolina also gained a seat in the census). In Ohio (which lost a seat), Republicans lost two seats and Democrats gained one under a court-ordered map, after a Republican incumbent lost in a district made swingier, while a Democratic incumbent held on in a district made more Republican-leaning. In West Virginia, reapportionment cut the state’s three Republican seats down to two. Republicans lost a total of nine seats across seven states, while Democrats picked up five in those states.

If you’re keeping count, that comes out to three or four seats lost for Democrats, and zero to one seats gained for Republicans — but we’re obviously not finished yet. In two states, Republicans missed opportunities to make gains. A Democratic gerrymander in Maryland was replaced with a map making one district more competitive for Republicans, but the Republican candidate lost by less than 1%. In a wave year, he might have won.

Meanwhile, Texas Republicans opted to protect incumbents, including Democratic incumbents. The legislature cut six highly competitive seats down to one, per FiveThirtyEight’s estimation, while adding five seats that leaned toward Democrats and two that leaned toward Republicans (the state gained two seats through reapportionment). Ironically, after the maps were enacted, Republican Mayra Flores flipped a competitive, south Texas district in a special election, but then lost it in November under the new lines that favored Democrats more strongly. As a result, Democrats and Republicans each gained one of Texas’s two new seats in Congress. That makes two to three seats lost for Democrats and one to two seats gained by Republicans.

In several western states, the outcome remains in doubt due to a combination of tight races and slow vote counting. There are 16 undecided seats in California, three each in Arizona and Nevada, and two apiece in Colorado and Oregon (there are a total of four undecided districts in the rest of the country). Colorado and Oregon both gained a seat in Congress, which both states drew into their maps as competitive districts (although Oregon did reinforce two Democratic incumbents in competitive districts). California theoretically lost one Democratic-leaning seat due to reapportionment (we’ll see if the election results bear that out). In Arizona, Republicans flipped a blue seat to red on paper, although the race has not yet been called. Nevada has three undecided races with Democratic incumbents, although at least two could be considered competitive districts.

With the final control of Congress is still undetermined, the exact tally on redistricting remains undetermined too. But the best estimate is that Republicans will gain a net of 1-5 due solely to redistricting. If Republicans win the outstanding race in New York, win the added competitive districts in Colorado and Oregon, and flip a seat in Arizona, while Democrats lose a seat in California, then they will win five, while Democrats will lose five — accounting for all the other wins and losses mentioned above.

Of course, redistricting isn’t the only factor that determines control of Congress. Republicans have already flipped competitive seats in Iowa and New Jersey (despite a Democratic gerrymander to protect incumbents) and Republican-leaning seats in Virginia (where Democrats had to choose which incumbent to protect) and Wisconsin. Then there’s the national environment to consider. Redistricting can prepare the ground, but without a red wave, candidates can never sprout in certain places. For now, Republican gains on last decade’s congressional district lines are negligible. How much could they improve in a better environment?