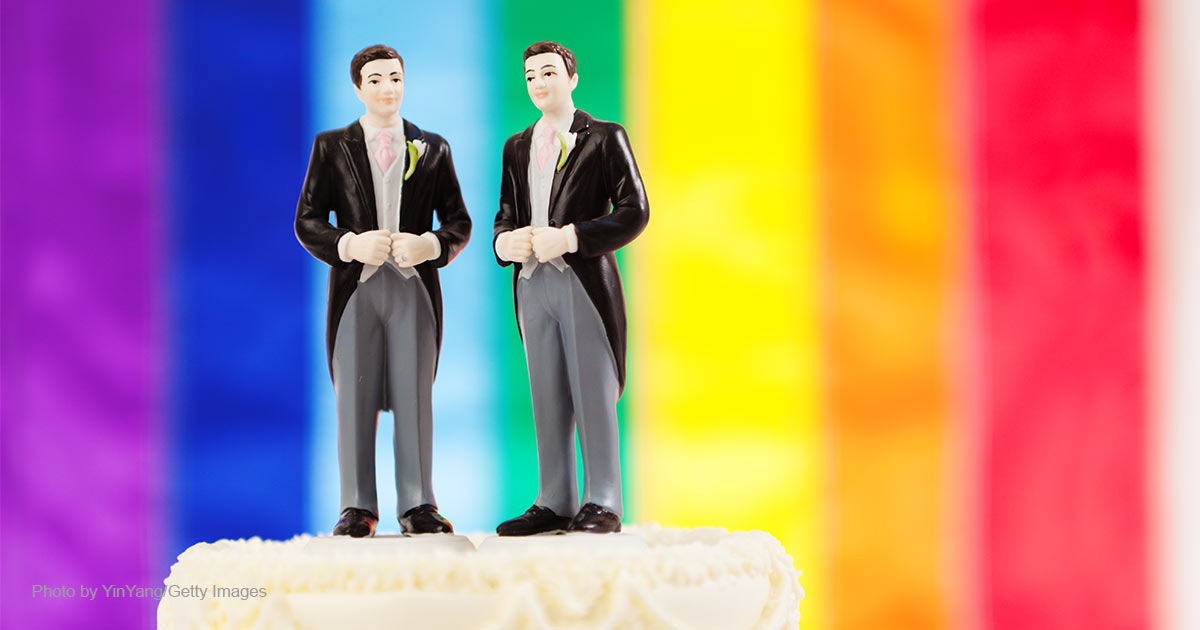 As senators prepare to take a series of votes on the deceptively titled “Respect for Marriage Act” (H.R. 8404) this week, one focal point of concern is the inadequate — perhaps even stillborn — protections that the bill to codify same-sex marriage provides for religious freedom.

Twelve Republican senators joined Democrats in voting to advance the bill before Thanksgiving. They extracted an amendment to provide religious freedom a fig leaf, but “no meaningful, affirmative, or enforceable shield of protection to those people and entities already being attacked for their belief in natural marriage,” according to Family Research Council. FRC has catalogued dozens of instances of government persecution of religious practice in America over the past five years. The bill affirms “pre-existing religious liberty or conscience rights,” but FRC pointed out “every person and organization that is already being attacked already has those protections.” In recent years, the list of parties with religious objections to same-sex marriage who have lost their court battles include Catholic adoption agencies, Jewish universities, and Christian wedding vendors. The same-sex marriage bill would only multiply the occasions whereby people and organizations of faith could be discriminated against or sued.

In addition to codifying same-sex marriage and reinforcing the mistaken Supreme Court ruling in Obergefell (2015), FRC explained the legislation would:

When cast in this light, public opinion swings dramatically against the bill. In a recent poll of likely voters in Indiana, Iowa, Utah, West Virginia, and Wyoming (five states with Republican senators who voted to advance the same-sex marriage bill) commissioned by The Heritage Foundation, pollsters asked respondents whether they would be more or less likely to support the Respect for Marriage Act if they knew these effects would happen. A majority said they would be less likely to support the bill if it exposed religious organizations to costly lawsuits (53%, compared to 18% more likely to support it), punished faith-based charities (52%, compared to 20% more likely), or threatened religious organizations’ tax-exempt status (51%, compared to 22% more likely).

Unfortunately, mainstream opinion polls show that a majority of Americans now approve of legalizing same-sex marriage (71% according to Gallup and 61% according to Pew), depending on how the question is worded. Yet, in Heritage’s survey, a plurality opposed the so-called Respect for Marriage Act (47% against, 41% for) even before its downsides were mentioned. Opposition was much stronger among Republicans (with 70% opposed and only 20% in favor) and conservatives (73% opposed to 17% in favor).

The bill to legalize same-sex marriage and snub religious liberty has advanced largely because most people haven’t looked this horse in the mouth. Same-sex marriage is carefully packaged for sale as a matter of equality, or tolerance, or allowing people to be happy. The implicit, and sometimes explicit, assumption is that same-sex marriage is the same as natural marriage, and once everyone accepts that we can all get along. But that’s simply not true. Same-sex “marriages” eschew monogamy, cannot produce offspring, and lack the cement of complementary distinctions between the sexes.

Nor is it true that LGBT activists are interested in peaceful coexistence with those who disagree with their behavior. Just ask Jack Phillips, a Christian baker in Colorado who has faced one lawsuit after another — even after the Supreme Court ruled in his favor — because he won’t bake a cake for a same-sex wedding. Many other bakeries would happily oblige, but nothing will satisfy the LGBT activists except completely destroying Phillips, and the process he must undertake to vindicate his rights is itself the punishment they seek to inflict.

In a much different example, Billy Eichner, an actor who identifies as gay, blamed heterosexual theatergoers who “just didn’t show up” when his gay romcom “Bros” flopped earlier this fall, insisting that “everyone who ISN’T a homophobic weirdo” must pay to watch it on the big screen. This, despite the deep ambivalence nearly half the population feels toward romcoms of all varieties (seriously, where are the spacecraft?).

The only form of tolerance and coexistence the LGBT lobby will accept is where everyone else must not only affirm but celebrate their perversion.

Our culture is increasingly explicit in expressing its hostility toward those of any faith who maintain that natural marriage is the only valid form. Several individuals have demanded that Supreme Court Justice Amy Coney Barrett recuse herself from oral arguments on December 5 in the case of 303 Creative, a Colorado-based graphic design firm whose Christian owner will not design websites for same-sex weddings. They pointed to Barrett’s affiliation with People of Praise, a lay Catholic community, and her former position on the board of Trinity Schools, Inc., whose faculty guide prohibited “blatant sexual immorality” including “homosexual acts.” Amherst professor Paul Collins said there was “essentially no chance” that Barrett would recuse herself because the alleged conflicts of interest are “too broad to be meaningful and could apply to membership in a wide array of religious organizations.”

But the very fact that these demands were voiced is concerning. Some people really believe that people who object to same-sex marriage on religious grounds — that is, people who believe in the authority of Scripture, God’s right as Creator to establish laws, God’s creation of man, man’s sinfulness, marriage’s role as a picture of Christ and the church, etc. — have no right to run a business or exercise positions of public trust. By creating a private right to action, the so-called Respect for Marriage Act will empower these individuals to target and harass religious organizations and individuals wherever they can find them. They want historic Christianity to die, but they will settle for burying it alive in legal costs.

Given this troublesome situation, it’s not surprising that many evangelical leaders have spoken out against the bill. “If anything, the misnamed Respect for Marriage Act will accelerate the persecution that we’ve seen in the last seven years to a level no one ever dreamed,” said FRC President Tony Perkins. “It is dangerous legislation that would be used against individuals, churches and organizations who honor traditional marriage,” warned Franklin Graham, head of the Billy Graham Evangelistic Association and Samaritan’s Purse. “The name is a smoke-screen. Very deceptive.” Southern Seminary President Albert Mohler agreed, stating “protections for religious teachings against same-sex marriage (and the range of claims associated with LGBTQ identity politics) are clearly inadequate.”

Christian and conservative policy organizations have also aligned against the bill. As explained above, Family Research Council and The Heritage Foundation are deeply opposed to the so-called Respect for Marriage Act. So too is the Ethics and Religious Liberty Commission (ERLC). “This bill, even as amended, does not provide meaningful protection for those that maintain a traditional view of marriage,” they summarized, “we ultimately oppose it because we hold fast to this understanding of God’s design of marriage as being between one man and one woman for life, and we know that this biblical framework undergirds a healthy society and promotes human flourishing.”

More surprising is the bill’s support among some voices that were formerly prominent in the evangelical mainstream. Former conservative David French defended the bill in depth, claiming that its “provisions, taken together, roughly preserve the legal status quo,” which he characterizes as “harmony between religious liberty and LGBTQ rights” (harmony: just the word to describe endless court battles, culture wars, and routine protests). Christianity Today, the new home of Russell Moore, has published exactly one piece about the Respect for Marriage Act, a guest editorial which calls it “a modest but good day’s work” because “in a morally pluralistic society, a few concessions yield a win for the common good.”

What a contrast to CT’s September 2004 cover story, “What God Hath Not Joined: Why marriage was designed for male and female.” Whereas it once stood firmly on biblical truth, the former evangelical staple now seems to prefer respectability, and its readership has dwindled accordingly. Today, you won’t find the voices leading evangelical opposition to same-sex marriage in Christianity Today; you’ll find them in The Washington Stand (Perkins), World Magazine (Mohler), and The Christian Post (Graham).

The only question is, where will they stop compromising? If CT will no longer stand on the truth of God’s word, what principles are they standing upon when LGBT activists pressure them to affirm same-sex marriage — and threaten to sue them if they don’t? Once “salt has lost its taste, how shall its saltiness be restored? It is no longer good for anything except to be thrown out and trampled under people’s feet” (Matthew 5:13). Whether they want to admit it or not, the so-called Respect for Marriage Act will only increase the pressure for Christians to compromise on biblical truth.