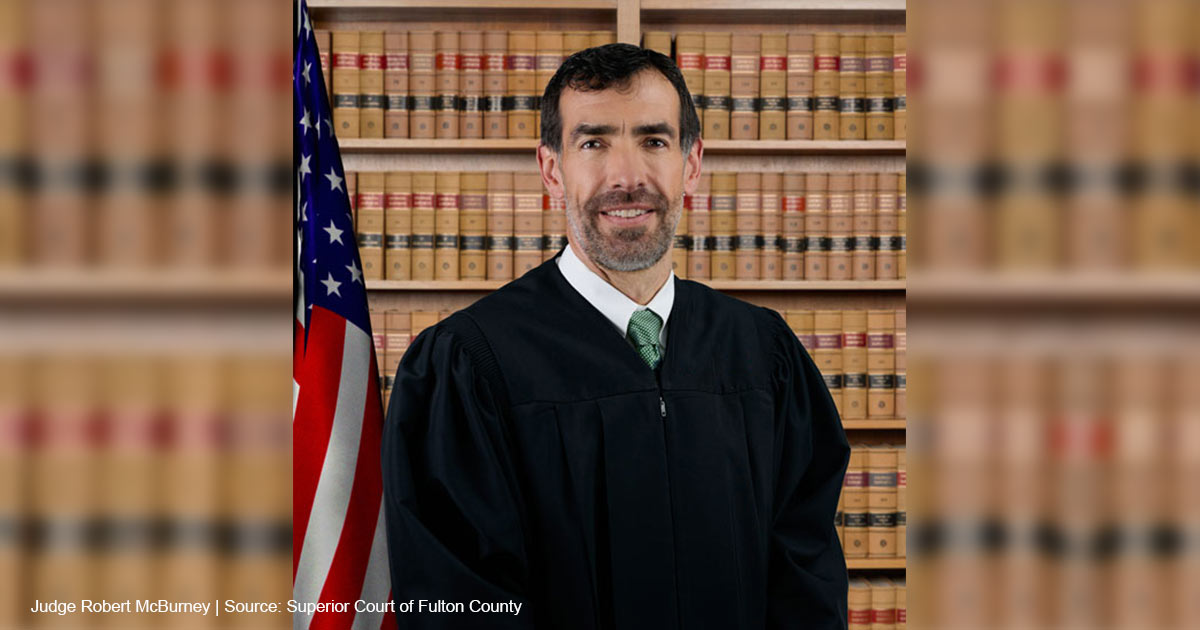 A Georgia lower court on Tuesday struck down Sections 4 and 11 in the state’s heartbeat bill, provisions that prohibit abortions after a heartbeat is detected, which typically occurs around six weeks gestation. Superior Court of Fulton County Judge Robert McBurney wrote, “those provisions exist on paper only; they have never had legal effect in Georgia. They were and are void and must be re-enacted in our post-Roe world if they are to become the law of Georgia.”

McBurney’s decision relied entirely on a technical legal doctrine called Void Ab Initio (from the beginning). “The general rule is that an unconstitutional statute is wholly void and of no force and effect from the date it was enacted,” he cited from a 1982 case. When Georgia’s heartbeat law, the Living Infants Fairness and Equality (LIFE) Act, was signed into law in May 2019, Roe v. Wade was still in force. “At that time,” McBurney wrote, “everywhere in America, including Georgia, it was unequivocally unconstitutional for governments — federal, state, or local — to ban abortions before viability” — about 20 weeks. Therefore, he concluded, the ban on abortions after a heartbeat is detected “was void ab initio. It did not become the law of Georgia when it was enacted and it is not the law of Georgia now.”

McBurney’s conclusion produces the same effect as a headline reading “man bites dog.” It’s contrary to the normal way court decisions work. As his opinion notes, a federal judge in the Northern District of Georgia blocked the law in 2020 “ruling that the holdings in Roe and Casey were ‘binding upon this Court’” at the time. But then the 11th Circuit Court of Appeals reversed the decision in 2022 after the Dobbs decision. That’s the way things normally work. Yet here a judge in the state’s lower court presumes to strike down a statute based on an overturned precedent. With this decision, Roe v. Wade really does reach out of its grave to claim a final few unborn victims.

One reason for this odd conclusion is that the abortion activists who brought the suit chose the most sympathetic judge they could find. McBurney couldn’t even conceal his personal feelings toward Dobbs and Georgia’s heartbeat bill from seeping through in his opinion. He called the Dobbs decision a “seismic change in constitutional jurisprudence, as fifty years of abortion law (and good faith reliance on that law) were summarily jettisoned.” As to Georgia’s heartbeat bill, he admitted “it may someday become the law of Georgia” now that Roe is no more, “but only after our Legislature determines in the sharp glare of public attention that will undoubtedly and properly attend such an important and consequential debate whether the rights of unborn children justify such a restriction on women’s right to bodily autonomy and privacy.” With that level of pro-abortion vitriol, he could write Planned Parenthood’s press releases.

Another reason is that McBurney seems to have a distorted definition of “unconstitutional.” He concludes, “What does this ruling mean? Most fundamentally, it means that courts — not legislatures — define the law.” Yes, he really wrote those words. He added, “If the courts have spoken, clearly and directly, as to what the law is, as to what is and is not constitutional, legislatures and legislators are not at liberty to pass laws contrary to such pronouncements.” There’s a sense in which this is reasonable; the meaning and application of laws and constitutional provisions can be disputed, and we need courts to arbitrate disputes by defining the proper interpretation of that law.

But McBurney is not saying merely that courts interpret the law; he believes courts can define the law. Earlier in the opinion, he mentioned that the LIFE Act was passed “in the spring of 2019, when the supreme law of this land unequivocally was — and had been for nearly half a century — that laws unduly restricting abortion before viability were unconstitutional.” The phrase “supreme law of the land” comes from Article VI of the U.S. Constitution, where it specifically refers to “this Constitution, and the Laws of the United States which shall be made in Pursuance thereof.” Yet no constitutional provision or federal law ever prohibited restrictions on “abortion before viability.” That prohibition comes from Roe v. Wade, which was not passed by Congress. McBurney refers to Roe as the supreme law of the land.

Finally, this decision seems to misuse the doctrine of Void Ab Initio. Its purpose is to declare that unconstitutional laws were invalid even before a court declared them to be so, giving the legal process time to play out properly. For example, if Mr. Wannabe Dictator’s legislative allies pass laws to censor the press, enforceable by seizing their assets, his regime doesn’t get to keep the assets they seized when that law is inevitably struck down. But the key to the doctrine is how the law stands when the dust finally settles. While Georgia’s LIFE Act was working its way up through the federal court system, the Supreme Court’s Dobbs decision dramatically tipped the conflict in its favor, like air support for a beleaguered infantry column. Georgia shouldn’t be punished for being on the right side of a legal dispute, only at a lower level of judicial review.

In contrast, McBurney considered the constitutionality of Georgia’s law from the status of jurisprudence on “the date of its passage” — that is, under Roe. But Roe was not a law, only a judicial ruling, and a bad one at that. McBurney admitted that Georgia’s LIFE Act would be constitutional if it were passed today. The same federal laws were in effect in 2019. The only difference is that the Supreme Court replaced one judicial precedent with a different one. His argument would automatically reject all attempts to challenge a bad precedent by passing a law that contradicted it, as the Georgia legislature did. His argument only works if judicial opinions deserve the same force as actual laws, independent from the laws they interpret. The state rightly protested that this would “leave the legislative branch powerless in the face of ‘judicial supremacy run amok.’”

Georgia appealed the Fulton County Court’s ruling to the Supreme Court of Georgia the same day. A spokeswoman for the office told Axios, that they would “pursue an immediate appeal and will continue to fulfill our duty to defend the laws of our state in court.” The Georgia attorney general’s office could not be reached for comment.

“This is judicial activism from a judge who is preening for higher appointment,” Taylor Hawkins, director of advocacy with Frontline Policy Council, told The Washington Stand. “He is using twisted logic and bad law to achieve a political end. … While it is a devastating setback because it will cost lives, it is only a temporary one.”