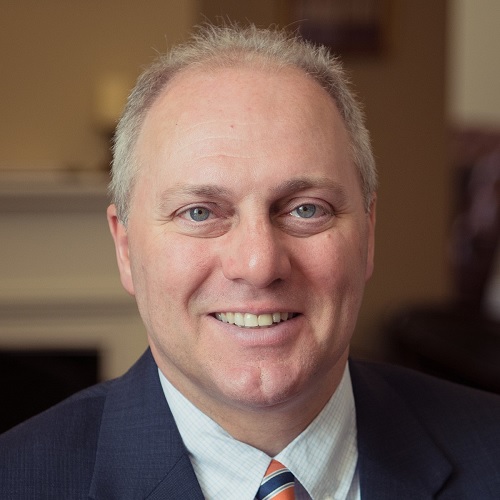 The Founding Fathers envisioned three co-equal branches of government with distinct roles serving as a “check” against each other to ensure that one branch did not grow too powerful. Congress, reflecting the will of the American people, would pass legislation, the president would act on behalf of the nation by enacting those laws, and the Supreme Court would act as a backstop against tyranny and mob rule by interpreting the constitutionality of Congress and the White House’s actions.

Washington Democrats have all but abandoned this bedrock framework view of our democratic system of government. For decades, liberal senators have fought to confirm judges to the Supreme Court who do not respect our Constitution as it is written. Instead, they sought out progressive judges to serve as activists who could write new laws from the bench, circumventing the legislative role reserved for Congress.

As a result, judge-made law flowed from the Supreme Court as “Activist Justices” invented new interpretations of the U.S. Constitution in flawed decisions like Roe v. Wade.For decades, it seemed like our country would never be able to undo the damage done by previous activist courts.

For Democrats, a judge’s stance on Roe v. Wade became the litmus test for whether that judge could sit on the bench. They made it clear: Any Republican judicial nomination must not challenge Roe v. Wade as the law of the land. Even if a Republican had control of the White House, narrow margins in the Senate made it all but impossible to nominate a justice who disagreed with the “constitutional right to an abortion” created in 1973.

Thanks to decades of hard work from the pro-life movement, President Donald Trump, and improbably the late Senator Harry Reid who ended the filibuster for judicial nominations, three conservative justices — Neil Gorsuch, Brett Kavanaugh, and Amy Coney Barrett — were confirmed to the court, and just a few weeks ago what once seemed impossible was accomplished — Roe v. Wade was overturned!

But from the moment of each justice’s nomination, through their confirmation, and up until Dobbs was decided, Democrats campaigned against these three justices with vile attacks and political theatrics. Their words, actions, and deeds have lowered the bar of decency and undermined our national belief in the separation of powers.

Democrats made a mockery of the Senate’s “advice and consent” role by trying to destroy Brett Kavanaugh’s good name. They questioned Amy Coney Barrett’s faith. They don’t want conservative constitutionalists to serve on our federal courts.

And we cannot forget Senate Majority Leader Chuck Schumer’s (D-N.Y.) threats at the steps of the Supreme Court. He said, “I want to tell you, Gorsuch, I want to tell you, Kavanaugh, you have released the whirlwind and you will pay the price. You won't know what hit you if you go forward with these awful decisions.”

This incessant stream of hateful rhetoric, no doubt, played a role in an armed man being arrested because he intended to kill Justice Kavanaugh.

Has President Biden or Attorney General Merrick Garland done anything to keep our justices safe? What about Speaker Nancy Pelosi (D-Calif.)? Remember, it took the House of Representatives over a month to pass a bipartisan bill to provide additional security for Supreme Court justices. They won’t even enforce a law that prohibits people from protesting at judges’ homes in an attempt to bully and intimidate them into changing their rulings on issues they’re facing.

The Supreme Court should always be an institution where the rule of law is blind, and politics has no place. But now, because Democrats’ progressive policies are no longer being rubber-stamped by the Supreme Court, Democrats are trying to pack the court and delegitimize and demonize Republican-appointed justices.

A conservative and originalist legal philosophy has finally returned to the Supreme Court, and most importantly, we’ll be able to see the three separate branches of government come closer to balance — just as the Founding Fathers intended.