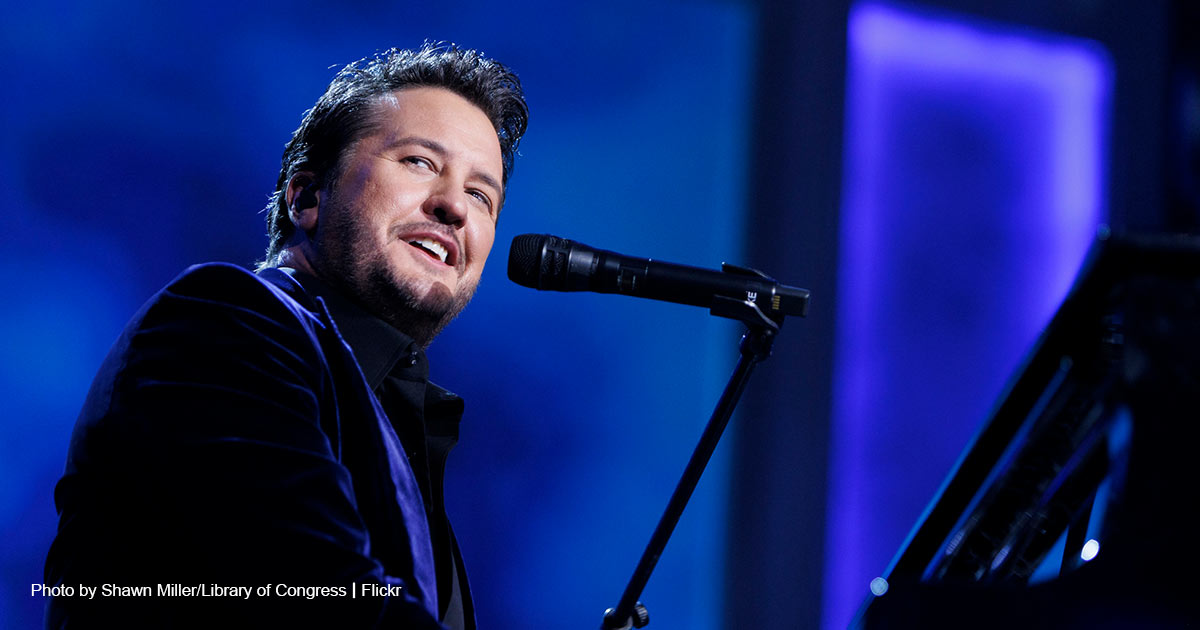 Don’t ask the man who sings “Most People Are Good” what he thinks about those lyrics this week. Country music star Luke Bryan is probably wondering if people are even rational after spending the weekend as a social media punching bag. Bryan, who’s also a celebrity judge on “American Idol,” became the object of the Left’s fury after his Jacksonville concert on Friday, when he invited Governor Ron DeSantis (R) on stage to help him raise money for the state’s hurricane victims. Within hours, Luke was trying to clean up from another storm — his own.

Bryan, who postponed three stops in Florida after Ian, decided to turn some of his local events into fundraisers, telling the crowd that he would donate every cent of his upcoming Estero concert to the relief effort. Then, turning to the audience, he said, “We’re gonna have some fun and raise some money tonight for the great state of Florida.” To everyone’s surprise, the next words out of his mouth were, “Ladies and Gentlemen, welcome to the stage Governor Ron DeSantis.”

Inside the arena, the response was “deafening,” concertgoers posted. The crowd thundered applause as the governor walked on stage, throwing hats into the crowd and side-hugging Bryan. DeSantis spent a couple of minutes talking about his state’s resilience and how generous Americans had given more than $50 million to the Florida Disaster Fund. Before he left the stage, the governor put in a plug for his candidacy, telling voters that if they “want to keep the state of Florida free, we need you to vote on November 8th.” A chant of “USA! USA! USA!” broke out.

As word of what Bryan had done started echoing across social media platforms, the leftist mobs lost their collective mind. Outrage started pouring in when DeSantis tweeted at Bryan the next morning, “Thanks for letting me crash the party last night, @lukebryan!” Some users announced they were purging Bryan from their playlists, others accused him of “hating women, LGBTQ people, and immigrants,” while still more were outright profane, calling him a “bigoted piece of s***,” a “homophobe,” and instructions too vulgar to print.

“Thanks for shaking hands with and lifting up the Governor who just endangered the lives of trans kids in my state by taking away their healthcare," one user posted. "…You’re trash, and we see you."

The Left used all of the familiar pressure points, vowing to boycott “American Idol” or calling on the Country Music Awards to drop him as a co-host this November. Of course, the irony of their gameplan is that they’re trying it against a friend of Ron DeSantis’s — the man who singlehandedly put the woke movement on notice. If they thought anyone gutsy enough to bring the governor on stage is going to be cowed by a few social media trolls, they were wrong.

Bryan proved as much over the weekend, posting:

“I typically don’t respond to stuff when I’m getting run down on a social platform but here’s the deal. I understand Governor DeSantis is a very polarizing figure. But I grew up in a country where if a governor asks you if they can come and raise awareness to help victims of a natural disaster you help. I’ve generally stayed out of politics throughout my career. I knew people would chatter about this but for me the more important piece was if I am going to come back there a few weeks after a large portion of people have been affected by a natural disaster in a state where people have been good to me this felt right. Raise awareness, have a little fun between the GA and FL college fans before the game and do what I love on stage. This is all I am saying about this. I’ll be outdoors with my boys. Enjoy your Sunday. Love y’all! Text: disaster to 20222 to support.”

Unfortunately, what’s being lost in the other side's “stick-to-music-not-politics” hypocrisy is all of the good Bryan has done just by showing up. By November 2, he’ll have raised tens of thousands of dollars for the hurting people of Florida — families who don’t care who’s on stage, so long as they have a dry bed, food, and a way to rebuild their lives. To the victims, that’s what matters.

What else should matter, at least to fans who love freedom, is that Bryan stood his ground. “It seems like every day you see people capitulating to the social mob,” Family Research Council’s head of Brand Advancement, Jared Bridges, said. “Luke Bryan made a decision, owned what he did, and stands by it. This is how it’s done. Don’t give the mob a leg to stand on, and they will fade away.”

As a DeSantis staffer, Christina Pushaw, told people on social media, “Reminder to all public figures, corporations, etc. … Twitter isn’t real life. The haters might be loud and well-organized online, but in reality, they are a small portion of the population, especially here in Florida.”

So are the DeSantis detractors. Scrolling through social media feeds about the controversy these last three days, you’d think Florida’s Parental Rights in Education law — which Luke Bryan is now accused of endorsing — is the most despised piece of legislation passed in modern history. They couldn’t be more wrong. Turns out, limiting sex and gender conversations to students in the fourth grade on up is wildly popular among even Democrats. Sixty-one percent of Americans were on board with the bill DeSantis signed into law — with landslide support (55-29%) from the president’s party. “Among suburban voters, which could be a decisive group for the midterm elections, it’s 60% to 30%,” the Wall Street Journal points out. “Parents: 67% to 24%. Biden voters: 53% to 30%. Respondents who ‘know someone LGBTQ’: 61% to 28%.”

The mob is good at being loud, but bad at representing Americans. Luke Bryan leaned into the country he knows. It was a pitch-perfect response from the singer, who followed the only formula for success against the raging Left. He didn’t hide from the controversy, he refused to apologize for it, and he moved on. Like the man he invited on stage, Bryan never blinked. That’s how you silence the critics.